When nuclear power was first discovered, it was touted to be the next technological revolution with infinite possibilities.

It was the energy of the future, which would propel scientific progress and improve the lives of people worldwide.

However, the spectre of the world’s worst nuclear accident 34 years ago now haunts people’s memories.

On April 26, 1986, the Chernobyl Power Plant, one of the Soviet Union’s largest nuclear plants, became the site of a catastrophe.
The nuclear meltdown was the result of inherent design flaws of the power plant.

These included safety procedures that did not take those flaws into consideration and would in fact seal the fate of the plant.
As the reactor started to overheat, the desperate operators tried to shut the reactor down which only made it heat up even faster before exploding.

On a normal day, Chernobyl produces 3,200 megawatts of power. On that day, during the moment of disaster, it had an output of 30,000 megawatts.

The melted nuclear core ate straight through the concrete floor and once it had solidified, it was so radioactive that just looking at it would ensure your death in minutes.

Exposure to radioactive material is deadly as gamma-ray particles tear through the human body like millions of tiny bullets, damaging DNA.
Your body’s systems start shutting down after sustaining too much damage, ensuring a slow and painful death.

While the Chernobyl disaster zone is a place of untold horror, it is also the scene of great heroism as firefighters, engineers and soldiers rushed to the scene to deal with the meltdown.

Many were aware that exposure to the radioactive reactors would result in certain and very painful death, but understood that they were the only people capable of preventing the death of millions.

In one incident, three men risked their lives by diving into a pool of dark, boiling and highly radioactive water to open a drainage valve and prevent a steam explosion.

At least 37 people lost their lives, many dying due to radiation exposure.
Curious citizens from the nearby city of Pripyat watched as the fire raged on at the ruined power plant.

They were unaware that every minute they spent outside made them the first victims of the radioactive cloud that was escaping in the plumes of smoke. 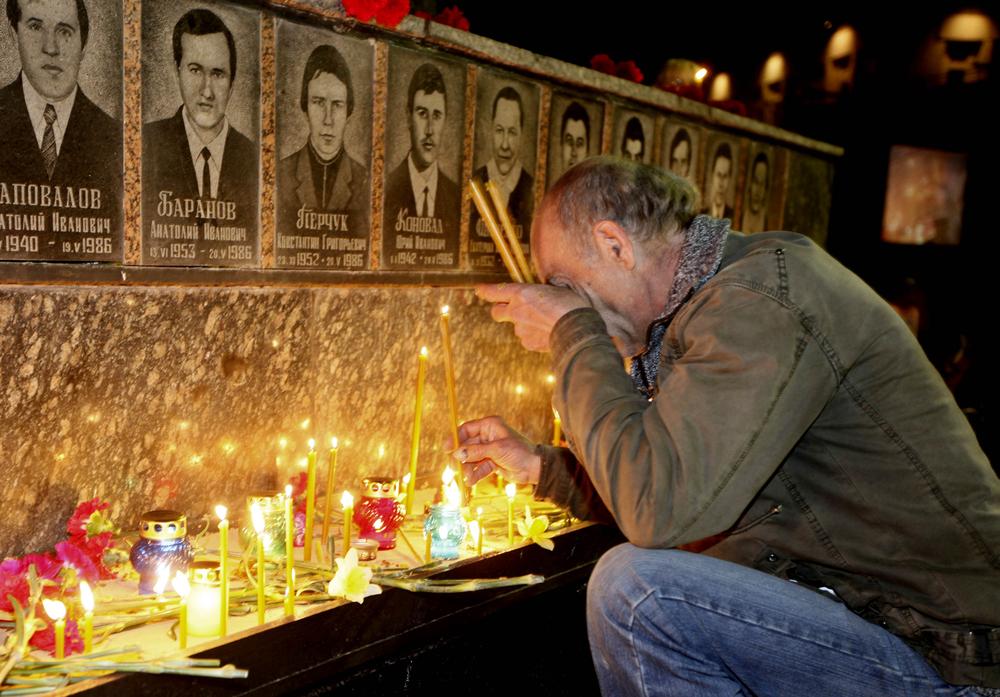 While the fire was eventually extinguished, the damage had already been done with radiation spreading across Eastern Europe.

Despite the scale of the disaster, the Soviet government remained tight-lipped and tried to keep matters as quiet as possible.

Radiation spread across Eastern Europe and it was only when it was detected in Sweden that the world discovered what had happened.

It is very likely that thousands of cancer cases reported throughout Europe can be attributed to the Chernobyl disaster.

The 49, 360 residents of Pripyat only knew something was wrong two days after the disaster, when the authorities issued an order to pack up and evacuate.
Many families left their homes and businesses not realising that they would never be able to return.

The area around the power plant was declared unsafe for human habitation and will likely be so for the next 20, 000 years.

There is enough plutonium inside the exploded reactor to poison 100 million people, so the power plant is sealed off in a massive containment structure completed in 2018.
The Chernobyl disaster contributed to the collapse of the Soviet Union, as it cost hundreds of billions of dollars to contain the disaster.

The way the disaster was handled encouraged then General Secretary Mikhail Gorbachev to advocate for a policy of openness, better known as his glasnost policy.
This along with other factors lead to the dissolution of the Soviet Union five years after the disaster.

Today, only selected groups can visit the affected area for a short time, and Pripyat has gained notoriety for its foreboding and unsettling visage.

Pripyat remains a lonely ghost town, and urban explorers still come across abandoned homes waiting longingly for the return of their owners.

On the bright side, with the absence of humans, the area has become an unintentional wildlife preserve, with animals being abundant amidst the ruins of a once bustling town.

There is something poetic about how nature flourishes when undisturbed by human activities.