Evergreen forests blanket the Grand Canyon's less traveled northern plateau, and the perfume of Ponderosa pine drifts down a creekbed to the bottom of the great redrock canyon. Downstream, the strangely blue waters of the Little Colorado River meet the main Colorado, coming from the southern plateau close to sacred places for indigenous people who have lived here for centuries.

Both plateaus are also where mining companies want to unearth uranium. Mining those claims has been barred since 2012, when Congress imposed a 20-year mining ban across 1,000 acres here because past uranium extraction has polluted drinking water and poisoned the air and the ground. Local tribes and environmental groups that sought the temporary ban have been pressing Congress to make the ban permanent.

But in a sweeping plan to revive the domestic uranium mining industry unveiled Thursday, the Trump administration proposed instead to open the scenic and sacred areas once again in the name of economic vitality and national security. Allowing more uranium mining on federal lands is just one of the suggestions that emerged from an eight-month review by the White House Nuclear Fuel Working Group.
So are the creation of a federally funded, $150 million uranium reserve over the next decade, the easing of environmental regulations at mines and processing plants and the global expansion of U.S.-made nuclear technologies, such as the small modular reactors being developed at the Idaho National Laboratory.

Proposals outlined in the Restoring America's Competitive Nuclear Advantage report quickly triggered criticism. Some environmentalists say that the administration shouldn't propose using taxpayer funds during a pandemic to bail out a dirty, uncompetitive industry that's largely owned by foreign companies. They also question why more isn't being done to support existing nuclear plants that generate more than one-third of the nation's carbon-free electricity.

The new nuclear-fuel strategy is the latest example of the Trump administration exploiting natural resources on federal lands while ignoring the risks climate change poses to the future of the planet. The new nuclear strategy is in concert with environmental policies that have become familiar in the Trump years. Among them: revoking California's strict auto emissions rules, scrapping stricter pollution limits at coal-fired power plants and rolling back limits on fossil fuel extraction at the nearby Bears Ears and Grand Staircase-Escalante national monuments just north of the Grand Canyon, in Utah.

For some climate hawks, including former NASA climate scientist James Hansen and almost half of Americans, nuclear power is seen as at least part of the answer to reducing fossil-fuel emissions blamed for climate change. The climate benefits of nuclear power have been a selling point for the industry in its struggle to compete with cheaper coal, natural gas and renewables like solar and wind power.

Last year, the International Atomic Energy Agency said that nuclear power should be part of the global strategy to meet the Paris Agreement's climate goals, which will require near-zero emissions from electric-power generation by 2050. Nuclear reactors, which produced about 10 percent of the world's electricity last year, along with renewable sources "can play a key role in the transition to a clean energy future," IAEA said.

On Thursday, U.S. Energy Secretary Dan Brouilette seemed to be channeling that idea when he told reporters that the administration's nuclear strategy "absolutely" includes the goal of reducing greenhouse gas emissions.

"For any nation to even come close to any of the carbon goals that have been set, we feel strongly that nuclear energy has to be a part of their portfolio," he said. "We want to see carbon reduction all throughout our economy, and we think that this is a very important part of doing that."

But the strategy unveiled included just a single, oblique reference to climate change—the words "carbon-free" buried in a paragraph about energy fueling the U.S. economy.

"Without a stable energy supply, health and welfare are threatened and the U.S. economy cannot function," the report says. "As a result, U.S. national security interests begin with preserving the critical infrastructure provided by baseload, carbon-free, reliable commercial nuclear power."

Supporters of the Trump administration's nuclear initiative say they want to breathe life into the uranium industry, drawing parallels to the Covid-19 crisis that's claimed more than 50,000 lives this year.

"The coronavirus pandemic has clearly demonstrated why America should not rely on other nations to supply critical materials," said U.S. Sen.

John Barrasso, a Wyoming Republican who applauded the plan in a news release. "That includes uranium."

The senator applauded the Trump administration's "bold and immediate action" to save a U.S. industry that has struggled for decades and, for the first time since World War II, is producing no uranium. Barasso had been joined by other proponents in pressing the administration on uranium before Thursday's official announcement.

"Domestic uranium mines are suspending operations and people in our industry are losing jobs, and our industry is on the cusp of complete collapse, now," Mark Chalmers and Jeff Klenda wrote in a March 27 letter to Trump and key administration officials. The two lead Energy Fuels Resources (USA) Inc. and of Ur-Energy USA, respectively,  subsidiaries of Canadian uranium companies with Colorado headquarters.

The companies had been petitioning Trump for federal support for more than a year, asking for price quotas that U.S. power plants opposed because of the added cost. After Trump rejected that idea last summer, he appointed the nuclear-fuels panel, which also suggested ways to limit imports from state-supported competitors in Russia and China.

"The Covid-19 crisis will pass," the executives said in their letter, "but without immediate support from the federal government we could emerge from it and learn that a critical domestic capacity was permanently lost." 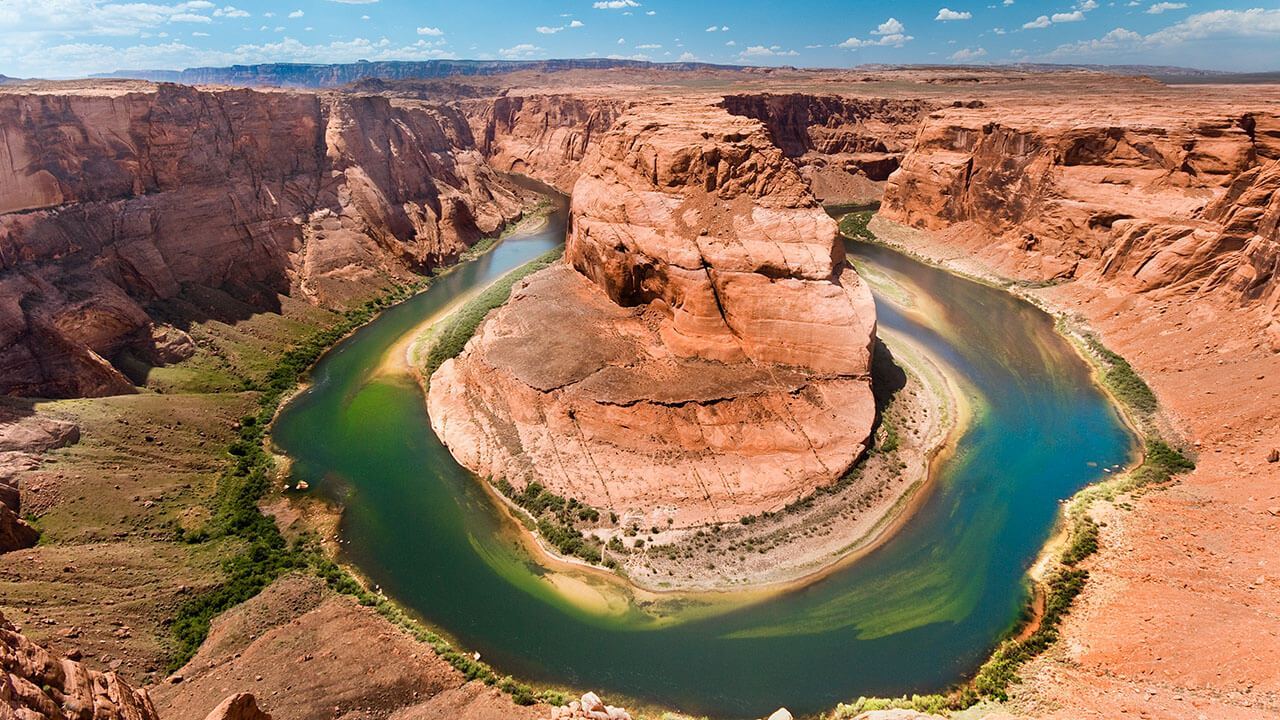 Then, in an April 17 letter, 21 GOP House members urged the administration to open up public lands where mining of critical minerals is currently banned, including the Breccia Pipe Uranium formation near the Grand Canyon.

"Keeping this valuable resource off limits does not make economic or environmental sense and puts our long-term energy security at risk," they wrote.

Environmental groups criticized the Trump administration and supporters of the nuclear rescue plan for exploiting the pandemic and degrading the environment.

Their main concern? Loosening environmental restrictions on uranium mining and processing in light of how much harm such mining has done historically to the environment and human health, especially among indigenous people who live in the Four Corners and whose water, land and air have been contaminated by uranium. Besides the mines, Energy Fuels operates the only operating uranium processing plant in the United States on the edge of the Ute Mountain Ute Reservation at White Mesa, Utah.

Amber Reimondo, energy program director for the Grand Canyon Trust, said Four Corners ore contains uranium concentrations that are relatively low, close to 1 percent, compared to concentrations from suppliers in Canada and Australia whose ore contains concentrations of 20 percent or more. That helps explain why U.S. uranium companies have had trouble competing, she said.

"All of these requests—the request for taxpayer support for their business; the request to lift the mining ban around Grand Canyon; asks for streamlining environmental regulations—those are old arguments," she said.

"Now, during a global pandemic when people are just trying to get by, they're trying to twist this situation to benefit their own agenda," she added.

Ed Lyman, director of Nuclear Power Safety, Climate & Energy for the Union of Concerned Scientists, said the new strategy also fails to preserve nuclear power plants that provide about 20 percent of U.S. electricity and make up around 28 percent of the nation's low-carbon electric power by helping them solve safety and waste disposal issues.

"But that's not what this report is," he said. "We recognize that nuclear power is a low-carbon generating technology and that it could play a role in helping mitigate climate change, but it has a whole host of problems associated with it."

Lyman said the administration could have helped aging nuclear plants to continue operating safely and securely with a comprehensive national policy. But he said nuclear power can't help reduce emissions without addressing its safety and security problems.

A new challenge COVID-19 : Stay safe and protect the environment

Female Scientists at the forefront of the fight against COVID-19