Liang Lan
Marine and Environmental Scientist
The International Day for Disaster Reduction was started in 1989, after a call by the United Nations General Assembly.

Held every 13 October, the day celebrates how people and communities around the world are reducing their exposure to disasters and raising awareness about the importance of reining in the risks that they face. Many people around the world have lost their lives, homes or access to essential facilities, such as hospitals, due to natural disasters, including earthquakes, droughts, tsunamis, heavy flooding, hurricanes or cyclones. Some of these disasters have caused economic damage to some countries. The UN acknowledges that education, training, and information exchanges are effective ways to help people become better equipped in withstanding natural disasters.
Reducing disaster economic losses
This is the 2018 theme for natural disasters. It continues as part of the "Sendai Seven" campaign, centred on the seven targets of the Sendai Framework. This year focuses on the Sendai Framework, reducing disaster economic losses in relation to global GDP by 2030.
2016 saw the launch of the "Sendai Seven" campaign by UNISDR, centred on the seven targets of the Sendai Framework, the first of which is reducing disaster mortality. The campaign sought to create a wave of awareness about actions taken to reduce mortality around the world. Last year’s target focused on prevention, protection and reducing the number of people affected by disasters. The Sendai Seven Campaign is an opportunity for all, including governments, local governments, community groups, civil society organisations, the private sector, international organisations and the UN family, to promote best practices at the international, regional and national level across all sectors, to reduce disaster risk and disaster losses.

Disasters can take many different forms, and the duration can range from an hourly disruption to days or weeks of ongoing destruction. Here is a list of the various types of disasters that can impact a community: Earthquakes, Tornadoes, Damaging Winds, Drought and water shortage, Emergency diseases (pandemic influenza), Extreme heat, Floods and flash floods, Hail, Hurricanes and tropical storms, Landslides & debris flow, Thunderstorms and lighting, Tsunamis, Wildfire, Winter and ice storms, Sinkholes, Agricultural diseases & pests.

Not all natural disasters can be prevented. However, the impacts can be lessened with proper planning and notification systems. Only by managing land and water resources--not for the possibility of a natural disaster but rather for the reality of it occurring--can higher costs in property damage and loss of human life be prevented. 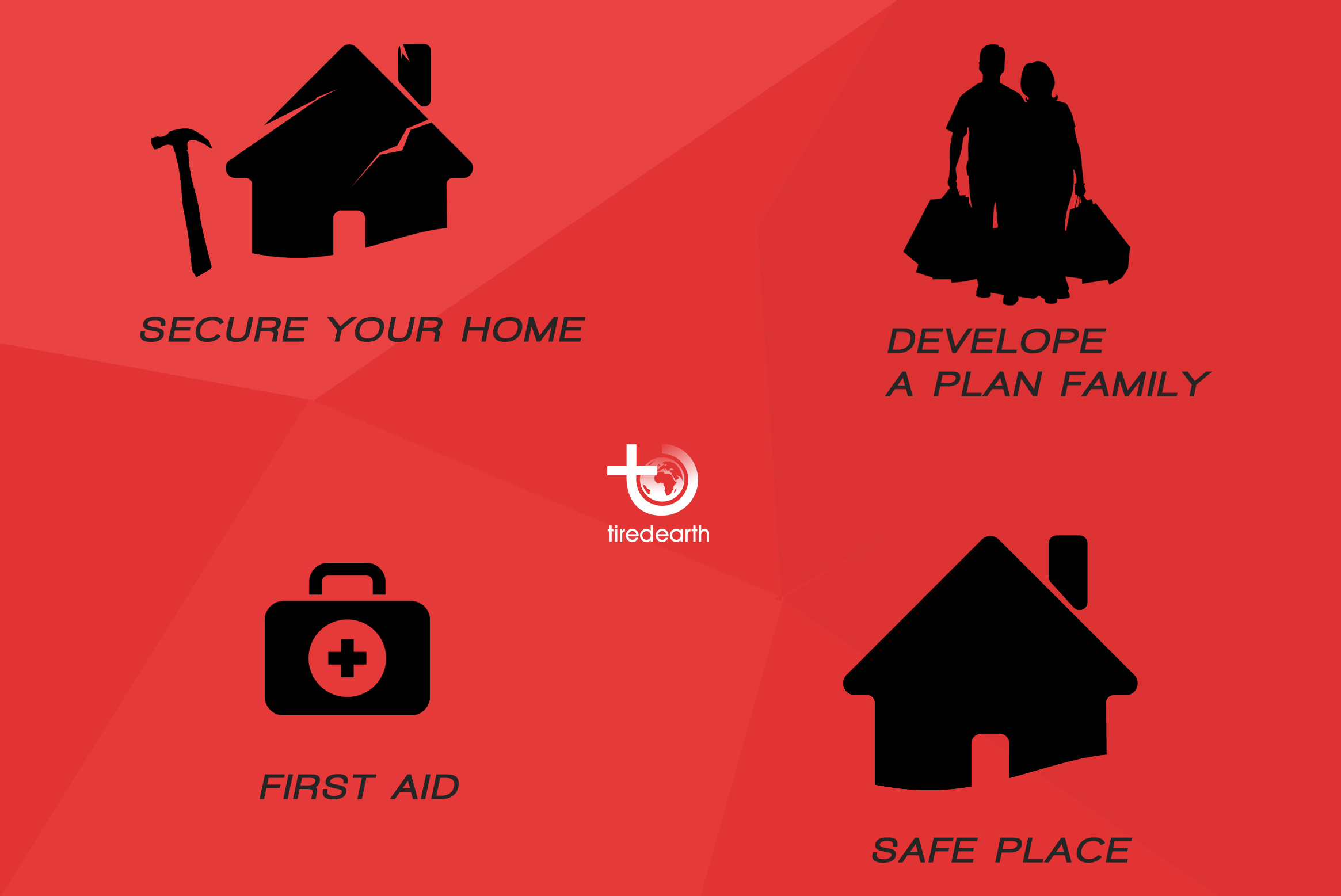 The provision of timely information enabling people to take steps to reduce the impact of hazards. Early warning is typically multi-hazard and requires genuine ownership of, and participation by, communities and other stakeholders, e.g., access to information by local people concerning an approaching typhoon or tropical storm.

2. Make a disaster preparedness plan for your property ahead of time

Following a checklist in times of crisis can help focus your attention and keep you from missing important details.

Your two most important tasks immediately following a disaster are to ensure the safety and security of people working on site, and to keep valuable or important building fabric from the debris heap. Saving architectural fragments, building materials, decorative plaster, etc. can help with restoration later.

Decisions and actions taken after a disaster with a view to restoring the pre-disaster living conditions of the affected community, while facilitating necessary adjustments to reduce disaster risk, e.g., assessing levels of future risk when planning housing projects in the aftermath of a disaster.

5. Print important documents ahead of time

Disasters often cause power outages and service disruptions, so in this wired age of computer and smartphone reliance, it's helpful to have critical info already at your fingertips.

It usually costs less to repair or renovate a disaster-damaged house than to rebuild. Before gutting your property or deciding to demolish, contact your statewide preservation organization to find contractors with proven expertise in historic buildings who can walk through your property with you and help determine the scope of the damage.

Inventory what was damaged or lost on your property.

(This is especially useful in cases of total destruction.) Having an inventory will also help with your contractor bids and insurance claims later.

Figure out exactly what needs to be done, write it down, and walk through your house with contractors to get a ballpark estimate. If it sounds reasonable, request an item by item detailed bid. Try to get three bids based on the exact same work and remember to verify the contractor's state license number and insurance.
Natural disasters can be destructive but knowing this information could be helpful and mitigate the damages of these events. 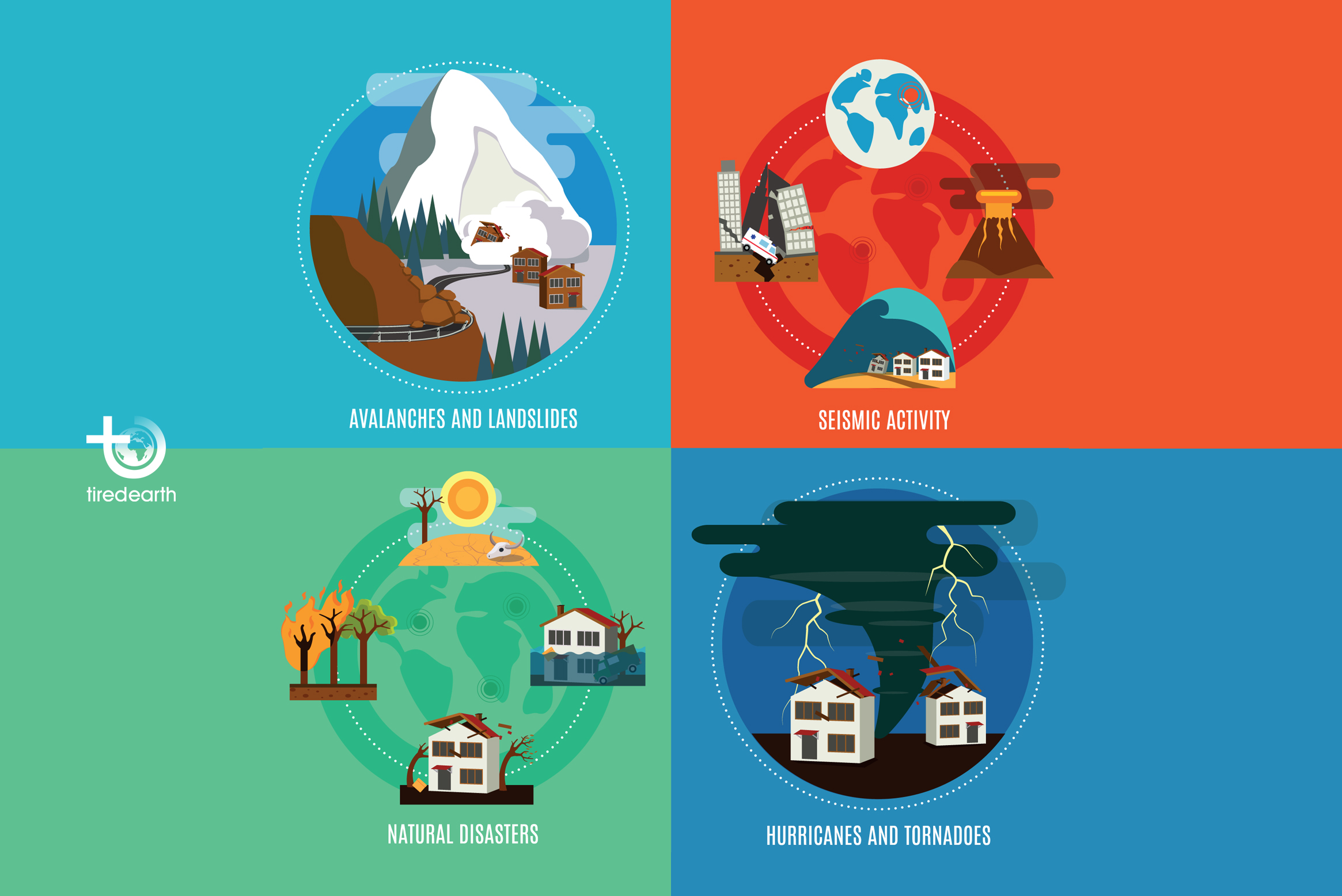 When a natural disaster happens, the first question often asked by religious people is: “Where was God?” both regarding the suffering that such natural disasters cause, as well as the role God in the unfolding of reality: did God cause the earthquake and everything else that followed?
There are two major opinions about analyzing natural disasters and how to react against it between believers. The first one is a traditional perspective considering natural disasters. This view connects with the concept of fatalistic view. This concept refers to belief that because natural disaster is God’s will so people can do nothing. The most common messages received by residents are that disaster is God’s wrath, warning and test, human sins, accepting disaster as a fact from God and the need for returning to God’s way to avoid next disaster. However, they agreed to take any action to cope with natural disaster supported by making ask to God.
The second view emphasizes the priority and importance of science. There are believers that natural disaster is a natural phenomenon instead of God’s will. They argue that religions acknowledge the importance of science and to encourage humankind to study about scientific phenomena.
In Islam, the religion-natural disaster relationship messages are focused on the stories of natural disaster in the Holy Quran, accepting natural disaster as God's will and the importance to ask protection to God.
However, today we can claim that it is possible to get together these two views. Rebuilding and reconstructing buildings applying modern science, is the way believers do these days and it is logical. Indeed, there is no contradiction between religious concept and using modern science to reduce casualties.
Besides, the important role of religion is after occurring natural disaster.

The role of religion in post-disaster such as reducing psychological its impact, religious-based organizations relief and assistance have been widely acknowledged.

In fact, every disaster always causes the feeling of worry, uncertainty, sadness and distress of the survivors especially those who lost their lovely family members.
Religious-based relief organizations have been playing important role both in assisting survivors socially and psychologically in building their life. In Islam, the Masjid is a sacred place preparing for such disasters to help people. It is not only a physical edifice, it is also a community-based religious institution which historically has been a focal point where political, social and religious activities are organized for the community. In many Muslim countries, during natural disasters masjid played important roles in collecting charity in the form of money and goods, organizing the community or as a place of refuge among others. Similarly, in Christianity we have Church that accomplish this duty and help people in post-disaster. For instance, in Texas hurricane the Church done her part to bring hope and aid to the victims. In addition, Archbishop José H. Gómez of Los Angeles called on bishops to take up a collection to support the victims and to rebuild impacted dioceses.
However, faith and religion can raise humanitarian activities to help people specially after disasters.

Today, major humanitarian organizations such as red crescent and red cross institutions is derived from religions.