Wildfires have many effects for biological diversity. They are a significant source of emitted carbon, contributing to global warming which cause biodiversity changes. At the regional and local level, they lead to change in biomass stocks, alter the hydrological cycle with subsequent effects for marine systems such as coral reefs, and impact plant and animal species' functioning. Smoke from fires can significantly reduce photosynthetic activity and can be harmful to health of humans and animals.

Australia is no stranger to wildfires however; the 2019 season is proving to be unprecedented in many ways. The first major wildfires began even before the official arrival of spring, at the beginning of September.

A large portion of Australia is on fire after weeks of extreme heat, strong winds and drought that have created ideal conditions for hundreds of bushfires to thrive across the country. Several fires have been burning since November, particularly in the eastern state of New South Wales.

The fires threaten many of Australia's largest population centers, including Sydney, a city of more than 5 million, which has been cloaked in smoke. Blazes have destroyed hundreds of homes and almost 3 million acres of bushland, threatening the habitat of countless wildlife, including already endangered koalas. One fire in the state of Victoria has reportedly become large enough to generate its own weather.

The fires come after years of drought in parts of the country and record-breaking heat. Last month, Australia had its hottest days on record. And fire season has just begun, leaving many bracing for worse.

Many Australians are asking that very question and whether these fires are linked to climate change - but the science is complicated.

Scientists have long warned that a hotter, drier climate will contribute to fires becoming more frequent and more intense.

Australia's deadliest bushfire disaster was "Black Saturday" in February 2009, when some 180 people died in Victoria.

Thousands of koalas are feared to have died in a wildfire-ravaged area north of Sydney, further diminishing Australia's iconic marsupial, while the fire danger increased in the country's east on Saturday as temperatures soared.

The mid-northern coast of New South Wales was home to up to 28,000 koalas, but wildfires have significantly reduced their population. Koalas are native to Australia and are one of the country's most beloved animals, but they've been under threat due to a loss of habitat. 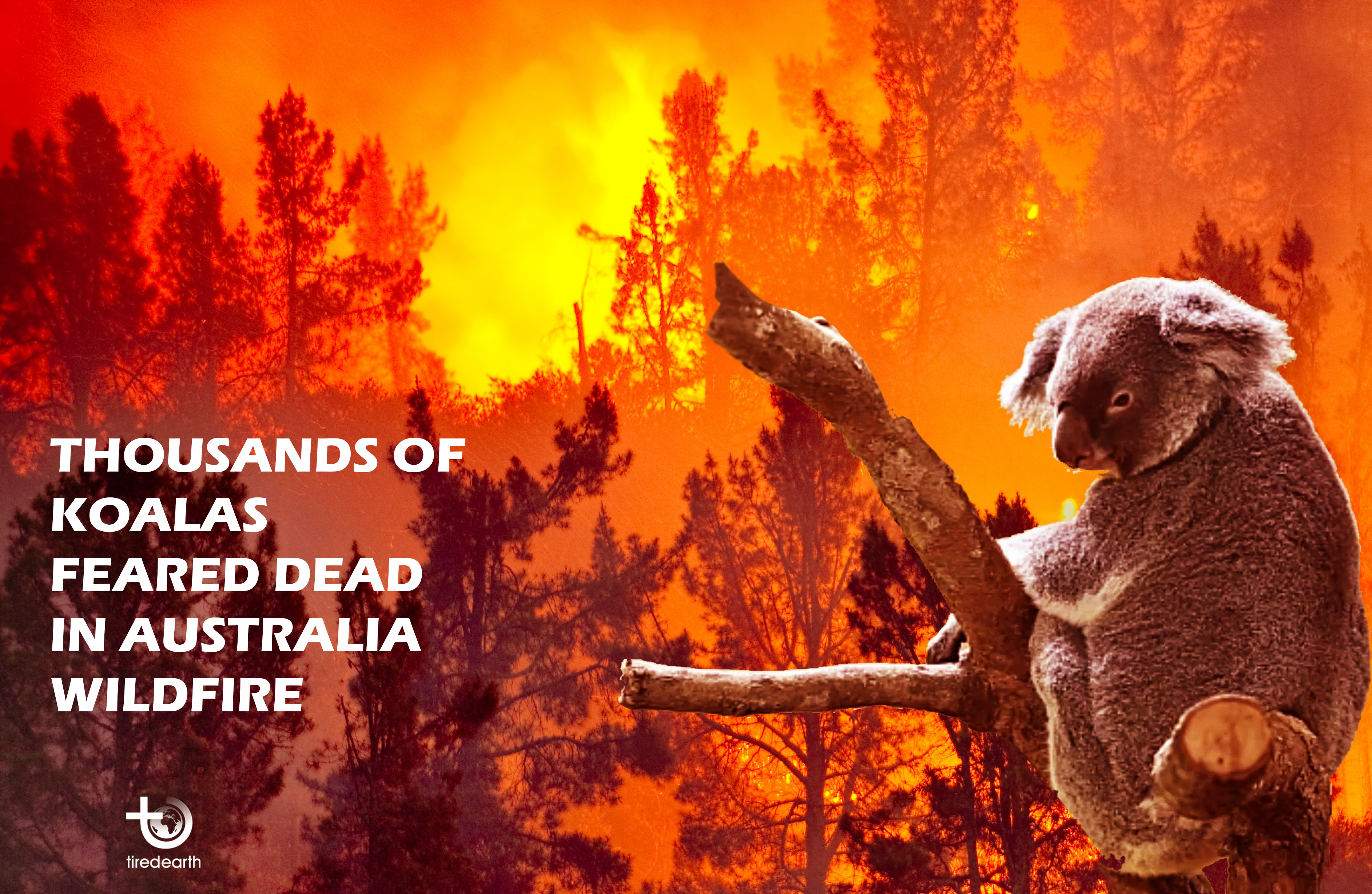 "Up to 30% of their habitat has been destroyed," Australia's environment minister, Sussan Ley, told the Australian Broadcasting Corporation. "We'll know more when the fires are calmed down and a proper assessment can be made."

Even before the fires, Australia's koala population was in peril. The Australian Koala Foundation said earlier this year that there were less than 80,000 of the animals living in the wild, a number that might be too low to breed enough healthy offspring to produce another generation.

There have been more than 7,000 fires since July with well more than seven million acres across the country destroyed, most of that in NSW. The damage there is 1.5 times the 2018 California wildfires and over three times as much as the latest Amazon wildfires. At least seven civilians have died and more than 1,100 homes have been destroyed. According to reports, there were 829 homes destroyed, 333 homes damaged and over 7,000 homes saved in NSW alone. However, over 100 homes in that state are suspected to be impacted but have not been confirmed and are not included in the above numbers. In South Australia, almost 100,000 acres have been burned, 86 homes have been destroyed and 27 have been damaged.

Authorities say the smoke that has smothered Sydney, Canberra and other centres and towns in recent weeks has produced pollution up to 11 times greater than the hazardous level for human health. In Sydney, the air pollution has been hazardous for at least 30 days.

NSW’s director of environmental health, Richard Broome, told reporters the state was enduring “an unprecedented emergency from a smoke point of view”. “We haven’t seen conditions like this in Sydney, certainly in anyone’s memory that I’ve spoken to,” he said.

Broome said there is early evidence that the number of people turning up at hospital emergency departments needing help is higher than usual. Dr Kate Charlesworth, a fellow of the Royal Australasian College of Physicians, said there was no safe level of air pollution, and that the most vulnerable in the community – babies, children, the elderly and people with pre-existing disease – were the most likely to be affected.

How we can help

As with all disasters and large-scale emergencies, it is much more effective to donate money to groups already engaged and coordinating on the ground at the disaster site. They often have the ability to take that monetary donation and double or triple its value through their local partnerships. Do not donate hard goods such as clothing, food and water, medications or other items unless there is a specific request from an organization already working in Australia. Organizations engaged in this disaster are already stretched beyond their capacity, and they are unable to effectively receive, sort or distribute donated goods at this time. The largest critical need will be appropriate resources and funds to be able to rebuild communities, houses and other structures in ways that are resilient towards extreme wildfires. Given the large number of volunteer firefighters, there is also a need to support them with proper equipment and to help stabilize their incomes after being away from work for several weeks.