April is the best time of the year to observe bats, as they are now beginning to emerge from hibernation. National Bat Appreciation Day is also an excellent time to learn about the role bats play in nature. One important reason to celebrate bats is that they are considered to be an “insectivorous” creature because they rid our world of many annoying insects.  In one hour, a bat can eat up to 1,000 mosquitoes.

Sadly, many bats are under severe threat from increasing human pressure. Habitat loss, climate change, roost destruction, disease, deforestation, bush meat trade, guano mining, disturbance and persecution, and increasing numbers of wind farms are all causes of bats declining globally. Some bat species are classified as threatened as the black rhino (Critically Endangered) or cheetah (Vulnerable). In southern Africa there are 14 bat species that are considered by IUCN to be Data Deficient - in other words, so little is known about these species that they cannot be assessed. 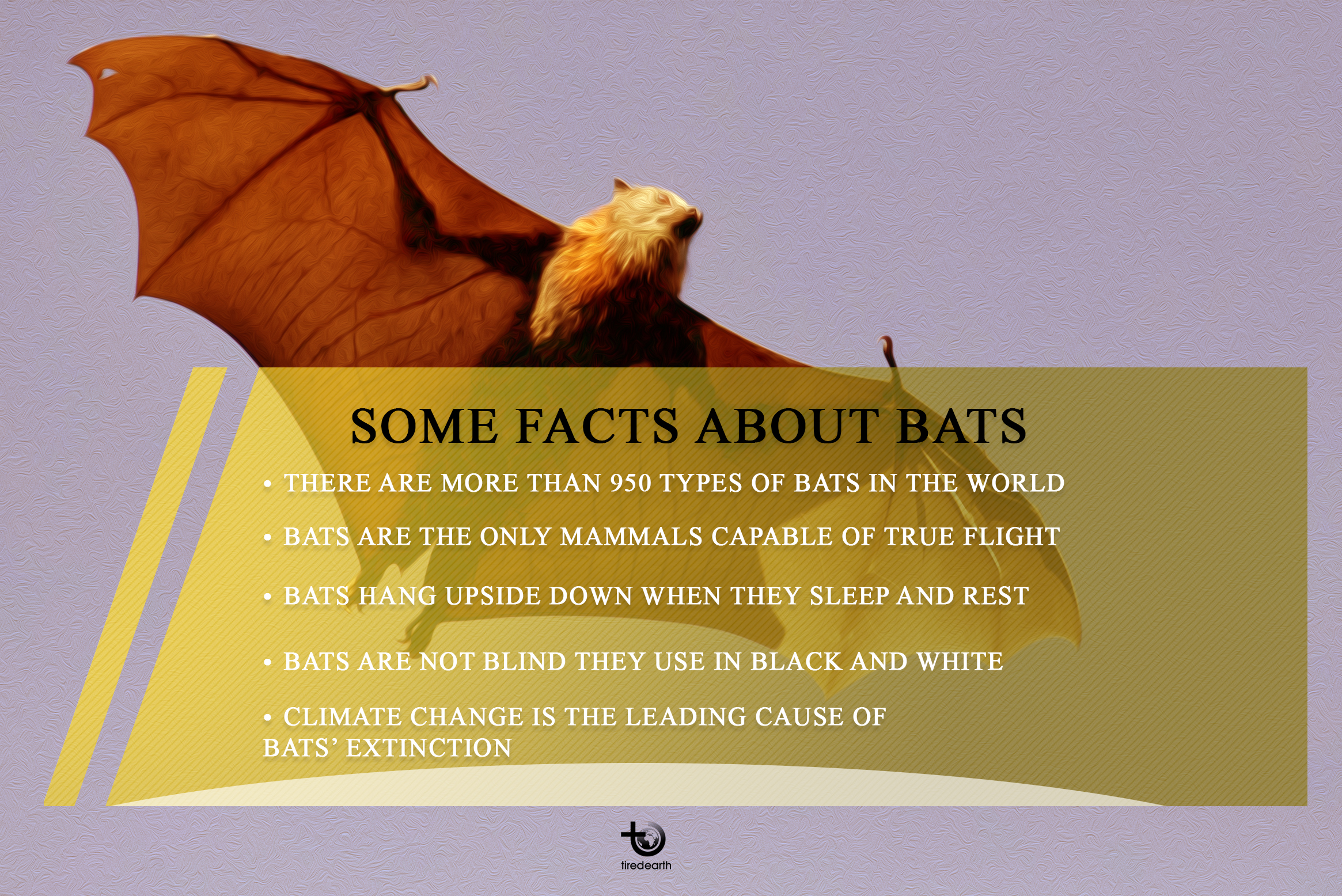 This are some major threats for bats.

A team of researchers led by Edward Arnett studied how wind turbines affect bats. Commercial wind energy development in the U.S. has had a damaging effect on 21 bat species. All wind energy facilities that have data available have reported bat fatalities. Most of the species of bats that have been affected by wind turbines are migratory, tree-roosting species. These include the hoary bat, the Eastern red bat, and the silver-haired bat. In fact, these three species make up about 70-80% of the reported bat deaths.

White-nose syndrome (WNS) was discovered in New York in the winter of 2006, and it has spread to more than half of the U.S. and killed millions of hibernating bats since then. The National Park Service has acted to support bat conservation and help slow the spread of the fungus that causes the disease. Since 2013, the Service has funded hundreds of projects related to WNS in parks across the US.

Bats live in a variety of places—trees, caves, old mines and usually near water. Different species of bats survive in different ecosystems, but a variety of factors are actually reducing the amount of natural places for bats to live. Here are some factors for habitat loss:
Destruction – Probably the most well-known type of habitat loss, destruction happens when important habitats for shelter or prey for bats are removed. Cutting down trees, development of open spaces for roads or buildings, and draining wetlands all reduce natural habitat for wildlife, including bats. Another form of destruction happens when land is converted to farming or other human uses.
Fragmentation – This happens when roads, farms, cities, and other development divide land. A space that used to be wide open and connected to other wide open spaces may now be isolated. This form of habitat loss is especially dangerous to bats and other migratory animals because it makes their traditional travel paths disappear or become more dangerous, with less food and shelter available along the way.
Degradation – Unfortunately, some chemicals and other factors can cause an area to be unhealthy for bats and other wildlife, reducing the amount of appropriate areas for them to live. This can be a result of pesticide use, light pollution, or contaminated water, for example. Invasive species can also drastically change a natural ecosystem and make areas unlivable for some wildlife.

Rapid, unpredictable, or unusual changes in seasonal weather patterns, like those associated with climate change, can make it difficult for bats to survive. Massive wildfires fueled by hot and dry conditions can also be harmful to bats by destroying habitat, although some level of fire can help keep forests healthy and provide better habitat for bats. Early season snow and prolonged freezing temperatures have also killed bats by blocking cave entrances with snow drifts and ice, or causing bats to freeze to death within their roosts during hibernation.

Empty Plates in the future due to tuna extinction

Biological Diversity Is Vital For Our Survival

Breathing Clean Air; What We Owe Our Kids