Vultures are an ecologically vital group of birds that face a range of threats in many areas that they occur. Populations of many species are under pressure and some species are facing extinction.
This day has grown from Vulture Awareness Days run by the Birds of Prey Programme of the Endangered Wildlife Trust in South Africa and the Hawk Conservancy Trust in England, who decided to work together and expand the initiative into an international event.

It is now recognised that a co-ordinated international day will publicise the conservation of vultures to a wider audience and highlight the important work being carried out by the world’s vulture conservationists.

Vultures are large, impressive birds, but many birders don’t realize that these raptors face many insidious threats to their survival. Of the 23 vulture species in the world, 14 are listed as threatened or endangered, and without proper conservation initiatives, their numbers will continue to decrease drastically. Understanding the threats they face is the first step toward finding ways to help vultures.
Because vultures eat carrion, it is often mistakenly assumed that they are “living garbage disposals” that can make do on any source of food and have very few hazards they face. In reality, however, vultures and condors face a wide range of very serious threats, including:

Vultures feed on the deceased carcasses of many different types of animals, but larger herbivores such as cattle, deer and similar animals are their most common food source. If those animals are contaminated with pesticide, herbicide, medication or other toxins, the vultures can be severely affected. That contamination may happen after the animal has died – a pesticide application over a field where an animal has died or a carcass deliberately poisoned to kill rodents – or could have caused the animal’s death, such as consumption of herbicides or pesticides. In India, several medications and vitamins used to treat cattle have proven fatal to vultures.

Lead poisoning has dramatically impacted many vulture species and continues to be a threat to birds such as the California condor, one of the most severely endangered birds in the world. When a hunter uses lead ammunition but either discards the animal’s entrails without removing the lead fragments, or else never recovers the animal, that lead can be consumed by vultures. Lead toxicity builds up in the birds’ tissues and can cause ongoing health deterioration that leads to a slow, painful death.

Many cultures have superstitions about vultures, such as the birds being harbingers of death, or else people may mistakenly believe the birds are a threat to healthy livestock. While vultures actually prevent deaths by eliminating carcasses that could harbor infectious diseases and they will not attack healthy livestock, many people still illegally hunt the birds or drive them away from food sources. The birds may also be poached as trophies or for illegal feather trading. 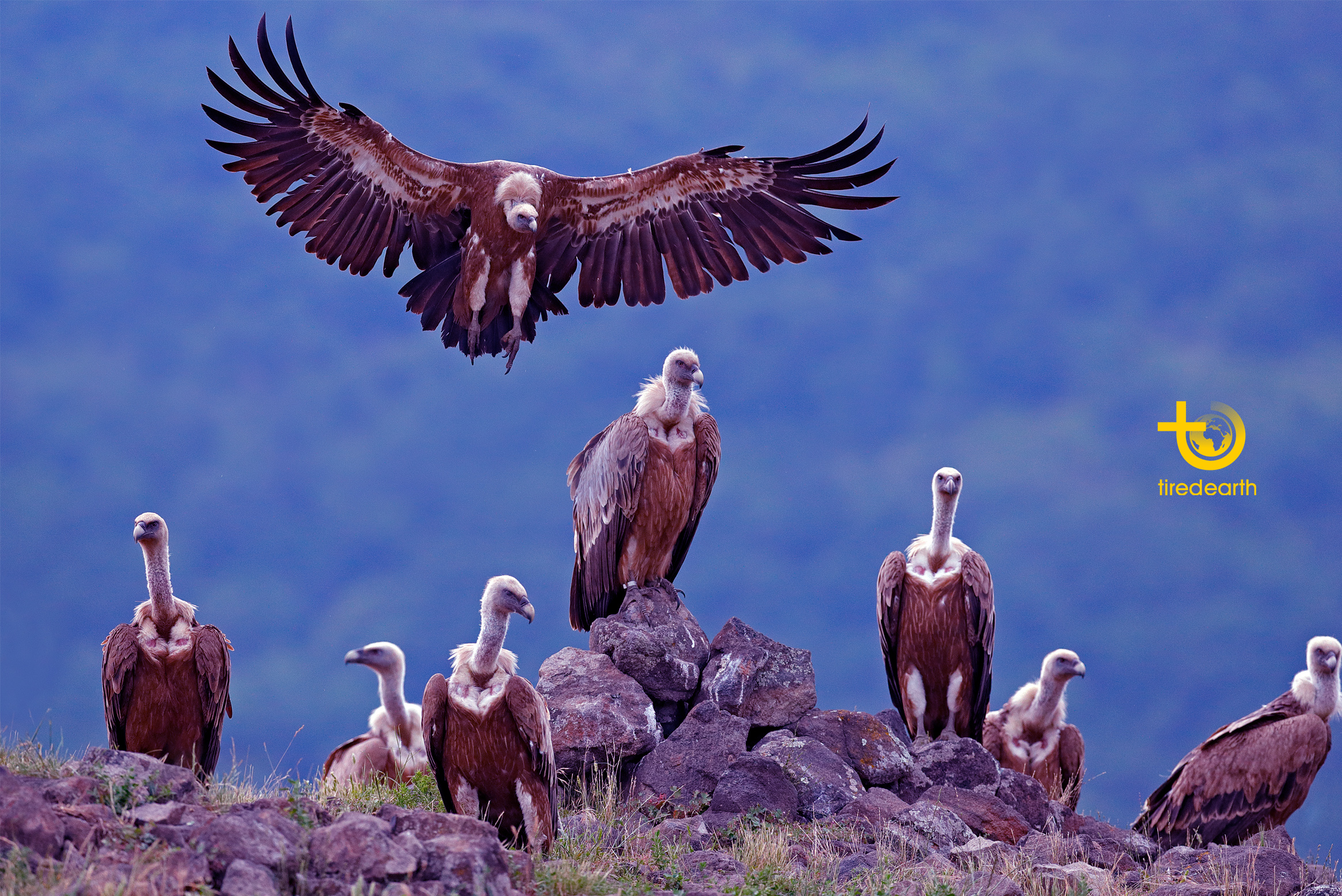 Vultures often feed on animals that have been killed by vehicles, but when a vulture feeds, it gorges, which makes it slow and clumsy to take off when other vehicles approach. Careless drivers kill many vultures, which unfortunately only compounds the problem as even more birds will visit the site of the carcasses to feed, and several birds may be killed in the same area in just a short period of time.

Vultures have wide wingspans and a soaring flight pattern, which makes them vulnerable to colliding with power lines. If their wings contact two wires at once – which can happen easily as most vultures have wingspans over six feet in length – the birds are electrocuted. Sparks can then cause wildfires or power outages.

The idea that road kill and other carcasses are dirty has led to many campaigns to keep nature clean of such unsightly messes, but this attitude forgets that vultures themselves are nature’s own cleanup crew. By removing carcasses and disposing them in landfills or sealed containers, vultures are not able to feed as easily, and they must expend even more energy searching for other food sources.

How You Can Help

Fortunately, it can be easy to help vultures, and simple steps can prevent needless bird deaths or suffering.

If you hunt, avoid using lead ammunition whenever possible, and always retrieve your spent ammunition rather than leaving it where birds can consume it.
Slow down when driving near roadside birds, or carry a pair of heavy gloves in your car so you can move road kill further away from speeding vehicles.

Support environmental groups that lobby for better controls of hazardous chemicals such as pesticides and herbicides, and encourage your elected officials to support less toxic solutions.
Encourage your local power company to increase power line visibility with small beacons or accents that can help the birds avoid collisions, particularly in areas with many raptors and vultures.
Support captive bird breeding programs and other conservation initiatives working with vultures either by donating to appropriate organizations or offering volunteer services.
Celebrate International Vulture Awareness Day and help spread the word about how unique, interesting and ecologically important vultures can be so others will join in these birds’ conservation.
Vultures are more important than many people realize, but these stately birds face a wide range of ominous threats. By understanding the threats to vultures and what you can do to help them, you can make a difference for vulture conservation.

How to Help Our Feathered Friends Complete Their Journey Safely?