Karabo Meyer
Wildlife conservationist
In just the past 100 years the number of Asian elephants has declined by 90%. In some areas African elephant populations have also declined by that much.

They might be wildlife icons, but, sadly, elephants are in crisis. April 16th is the anniversary of Save the Elephant Day which is a chance to show our love and support for these much-loved giants and raise awareness of the threats to their future in both Africa and Asia, ranging from ivory poachers and traffickers to loss of habitat.

The ideal way to mark the day is to donate to a charity helping elephants or organise an event in aid of these beautiful but threatened beasts.

In just the past 100 years the number of Asian elephants has declined by 90%. In some areas African elephant populations have also declined by that much. That means for every 100 elephants living in an area in the early 1900s, there are only 10 there today.

Sadly humans shoulder a lot of the blame. We’ve destroyed a lot of their natural habitat. And these big animals need a lot of space. And a lot of food. They eat hundreds of pounds of food every day.

Elephants are herbivores (they eat only plants), so without lots of plants, they can’t get enough food.

By destroying their habitats, we make them compete with us for smaller and smaller bits of land and food.

Elephant Family and other conservation groups have been working hard to protect the Asian elephant’s habitat and create elephant corridors to connect habitats together.

And although these efforts are focused on saving the elephant, success would also be good for all other animals that live there. Leaving big forest areas undisturbed means more plant diversity, too.

So in case you’re wondering if the elephants are really worth saving (they are), stop and think about all the life in the forests. Protecting the elephants’ habitat protects it all. Including humans and their ability to enjoy those same forests.

Poaching, especially for their tusks, has contributed to the decline in elephant populations too. A 2015 CNN story about the war on poaching in Zakouma, Chad notes that poaching nearly wiped out the country’s elephants, reducing them from some 50,000 to maybe about 1,000 in only 50 years. Some 450 elephants live in the Zakouma National Park today.

Bans on the import/export of ivory has lessened the value of this activity to poachers. But it hasn’t stopped it completely. 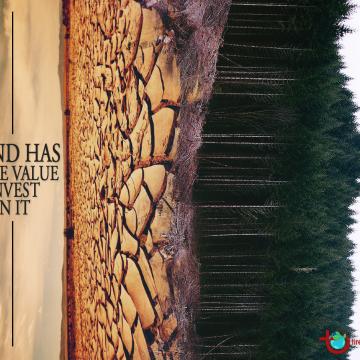 How we can help elephants

Here are four actions we can take to support these grand creatures.

Or sell it, or wear it. New ivory is strictly banned, but antique ivory can be legally available for purchase. (The regulations are complicated; this is a good overview.) Ivory has traditionally been used for jewelry, billiard balls, pool cues, dominos, fans, piano keys and carved trinkets. Shunning antique ivory is a clear message to dealers that the material is not welcomed, and it's an easy way to show your solidarity with the elephants.

Who wouldn’t want to take home a cute elephant, protect it from the bad guys, and raise it as their own? OK, so that’s not quite realistic, but there are any number of organizations that offer elephant adoptions so that you get cute pictures of "your" elephant, and they get currency to fund their elephant conservation efforts. World Wildlife Foundation, World Animal Foundation, Born Free and Defenders of Wildlife all have adoption programs and are good places to start looking for that special pachyderm.

4. be aware of the plight of captive elephants

Historically, zoos and circuses have offered elephants a life of, basically, indentured servitude. Fortunately, the zoo industry is starting to wake up and is beginning to develop more elephant-friendly environments, yet they have a long way to go. Circuses, even further. Make a difference by boycotting circuses that use animals, and by boycotting zoos that offer insufficient space to allow elephants to live in social groups, and where the management style doesn’t allow them to be in control of their own lives.