Karabo Meyer
Wildlife conservationist
International World Water Day is celebrated every year on 22 March, it is about focusing attention on the importance of freshwater and advocating for the sustainable management of freshwater resources.

An international day to celebrate freshwater was recommended at the 1992 United Nations Conference in Rio de Janeiro. The United Nations General Assembly responded by designating 22 March 1993 as the first World Water Day.

This year’s World Water Day theme, “Leaving no one behind”, adapts the central promise of the 2030 Agenda for Sustainable Development that states as sustainable development progress, everyone must benefit.

Why is water scarcity such a big issue?

Water scarcity is the deficiency of adequate water resources that can meet the water demands for a particular region. Whenever there is a lack of access to potable and fresh water for drinking and sanitation, the situation means that the water is scarce.

There are millions of people all over the world who don’t have access to water, or, if they have access, that water is unable to be used. About 70% of the Earth’s surface is covered with water and 3% of it is actually freshwater that is fit for human consumption. Around two-thirds of that is tucked in frozen glaciers and unavailable for our use.

There is a growing body of research that reaffirms the importance of water in regards to geopolitical stability. Human health and agricultural concerns are also of great importance. Leaders use access to water as a political tool or as a way to consolidate political power. 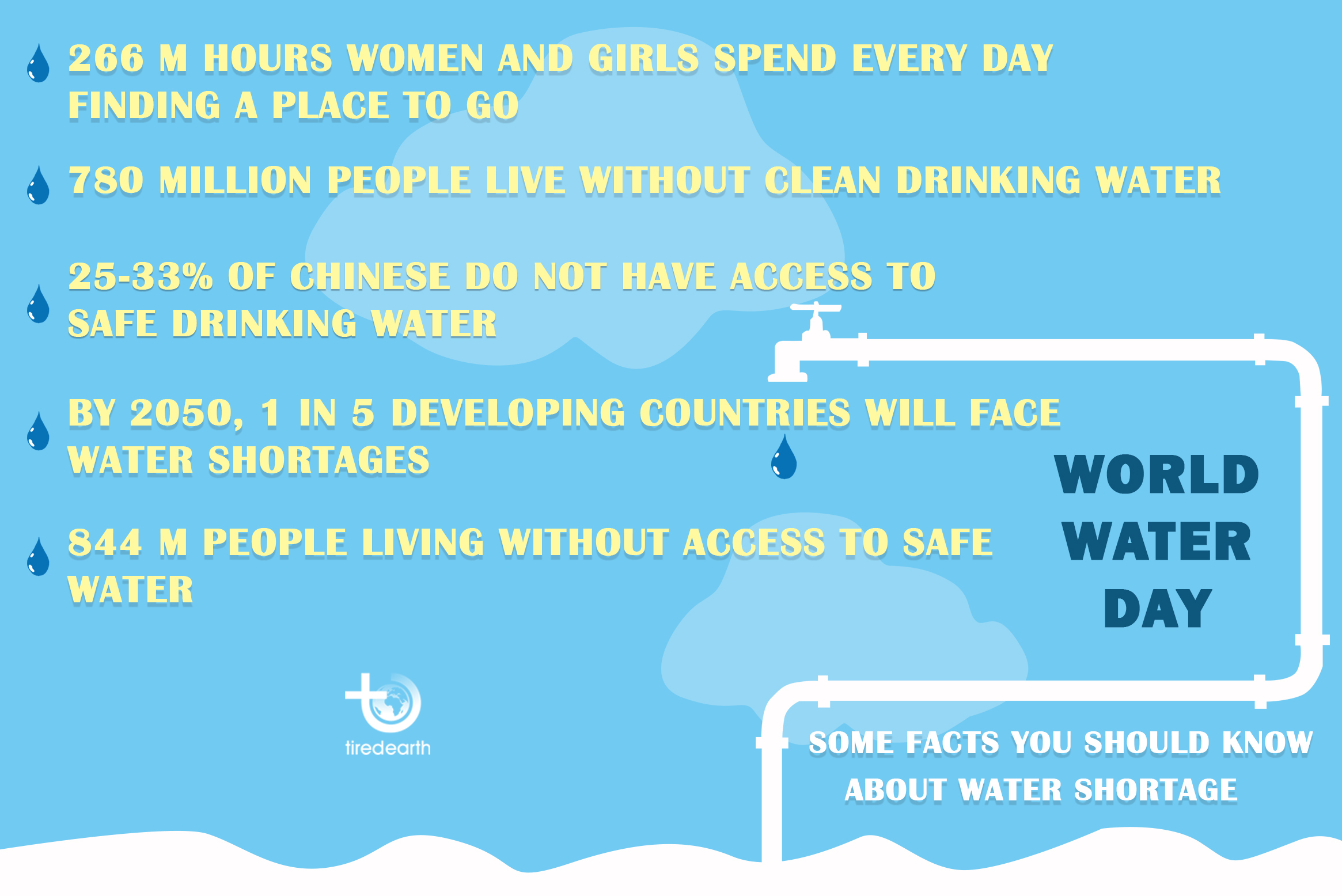 There are several reasons for water scarcity that we are going to explain some of them.

Water overuse is a great issue that a lot of people are dealing with. It may be overused on people, animals, land, or any other number of things. . Some people use too much water especially for irrigation purposes. It therefore becomes inadequate for other equally important uses.

With an ever-growing global population, the strain on the world’s water resources only keeps looming larger each day. The total number of people on earth has doubled Just 50 years ago. This is a result of larger family sizes and access to better health care and lifestyles. This means that use of wholesome water for drinking, cleaning, cooking and sewage has tripled. Humans are a lot more careless in recent time, and we waste more water than ever before. This has placed a lot of pressure on the same amount of water that we have. The United Nations has estimated by 2030, half of the global population will be in areas of high water stress.

Water pollution is a huge problem, especially when you’re looking at areas that don’t necessarily have a good sewage system. Water pollution is yet another cause of water scarcity. The sources of water pollution include pesticides and fertilizers that wash away from farms, industrial and human waste that is directly dumped into rivers without treating it in water treatment plant. Oil spill on the ground, waste water leakage from landfills can seep underground and may pollute the groundwater making it unfit for human consumption.

Climate change is usually causing the world’s waters to warm as well as bringing changes to rainfall patterns, water levels, and river flow.  As humans continue to cause more carbon dioxide and other greenhouse gases into the atmosphere, patterns of weather and water will change around the world. Droughts will become more common in some places, floods in others. Glaciers and snow packs will disappear in some areas, affecting the freshwater supplies to those downstream communities. These changes will combine to make less water available for agriculture, energy generation, cities and ecosystems around the world.

One of the greatest way to deal with water scarcity is water conservation. It is somehow an indirect approach to reducing water demands and it is typically critical in maintaining the supply-demand balance. During droughts and in densely populated regions, for instance, water conservation efforts ensure there is a supply-demand balance. The approaches can easily be implemented as they involve simple ways of saving water. For water conservation to be effective enough, it has to work hand in hand with water management policies.

There are so many technologies out there that allow you to recycle rainwater and other water that you may be using in your home. Consider learning about how you can recycle water. Not only does it help to prevent scarcity, but it can save you some money as well. 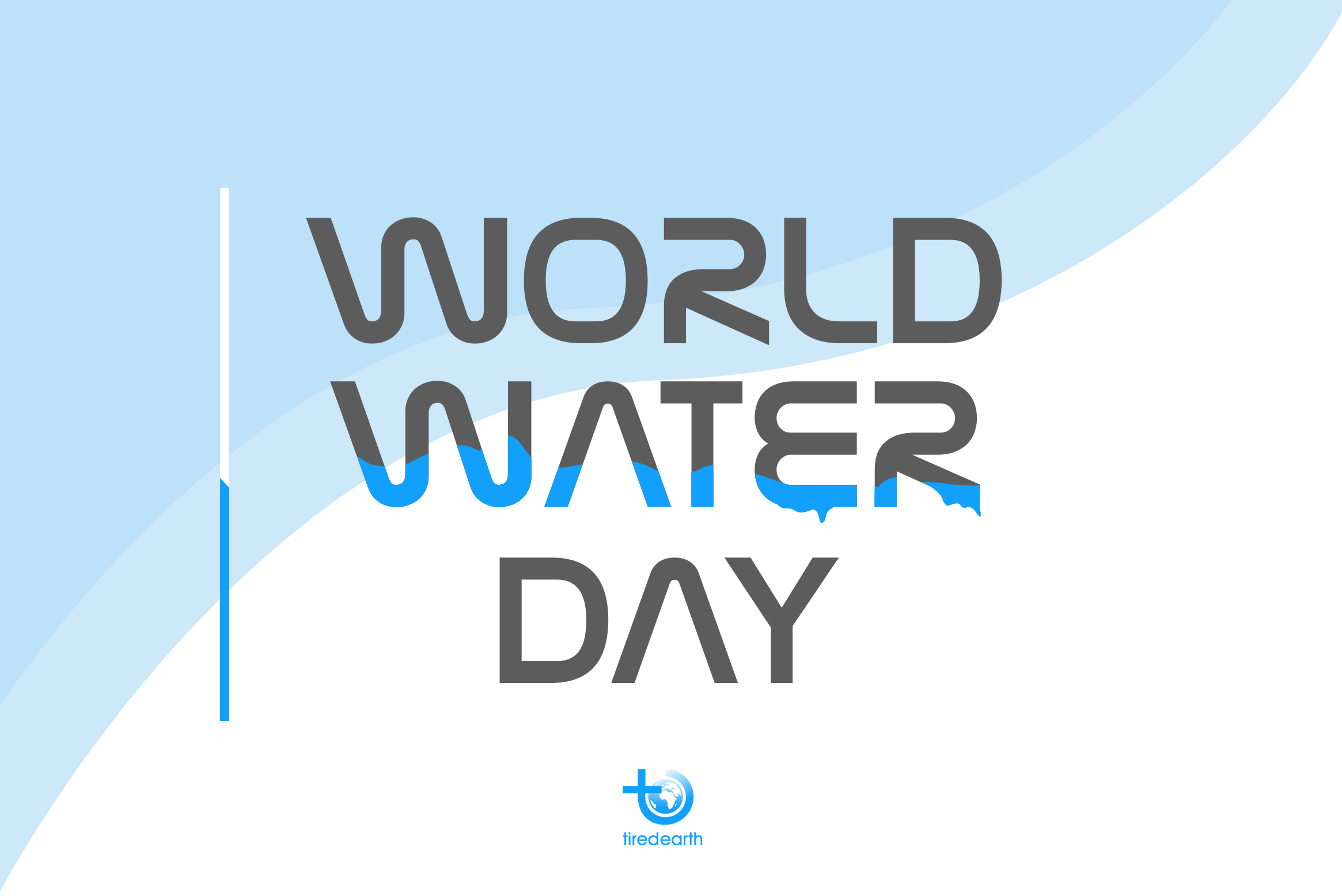 Preservation of water in religions

Water is considered one of the greatest graces that God has bestowed upon human beings and made it the main source of life on earth. Therefore, a human being must use the resources that God subjected to him in the best manner and preserve them since they belong to all humans and not only for a certain generation or era. Therefore, none has the right to waste or spoil these resources. For this, all famous religions command their followers to conserve water resources and don’t waste them.

Judaism and Christianity, along with other religions, has resources which can be used to encourage people in the proper management of Planet Earth. We will now review the interaction of religion with conservation with special reference to the source cited.

Several laws were instituted by the rabbis to safeguard the freedom from pollution, as well as the fair distribution, of water. A typical early source says:

If one is digging out caves for the public he may wash his hands, face, and feet; but if his feet are dirty with mud or excrement it is forbidden. [If he is digging] a well or a ditch [for drinking water], then [whether his feet are clean or dirty] he may not wash them (Tosef. BM 11:31 (ed. Zuckermandel).

Pregnant with possibilities for application to contemporary life is the principle that one may claim damages or obtain an appropriate injunction to remove the nuisance where the purity of one's water supply is endangered by a neighbor's drainage or similar works. It is significant that the geonim here also rejected the Talmudic distance limit in favor of a broad interpretation of the law to cover damage irrespective of distance (cited in Sh. Ar., ḤM 155:21).

Quran refers to water as the substance that sustains life, and the key agent for purification. He says: “We made from water every living thing.” (Quran 21:30)

For this reason, the Islamic Shari`ah also legislated specific rulings pertaining to water preservation and urged Muslims not to waste or pollute it, since it is a vital source of life. Moreover, Islam prohibited polluting and wasting water; rather, the prohibition degree increases if the pollution reached all water resources. Besides, this ruling is in line with the Shari`ah purposes, since the Prophet (peace be upon him) said: “There is no injury nor return of injury.”

In addition, polluting water is considered a mischief on earth which God forbade, and threatened the one who commits such an act with the severest punishments, since God, said: “So eat and drink of the sustenance provided by God, and do no evil nor mischief on the (face of the) earth.” (Al-Baqarah 2:60)

He also said: “But if anyone, after God’s favour has come to him, substitutes (something else), God is strict in punishment.” (Al-Baqarah 2:211)

Furthermore, polluting water resources is considered an act of aggression against all people, because they are partners in this vital source of life, since the Prophet (peace be upon him) said: “People are partners in three things: Water, grass of pasture and fire.”

In addition, the Prophet said: “None of you should take a bath in stagnant water when he is sexually impure” (Muslim), since this will also pollute water and people will no longer benefit from it.

Likewise, the Prophet ordered us to preserve water from pollution, so he said:” Cover the vessels and tie the waterskin.” (Muslim)

In conclusion, polluting water, in all forms, is prohibited and contradicts the teachings of the religions since water in our region is so scarce.

In addition, the prohibition degree becomes more dense if this act would lead to the destruction of the environment; for example, throwing industrial wastes and pesticides into springs and rivers, throwing solid wastes, releasing waste water into groundwater, or deliberate poisoning of water to kill harmful animals which will lead to high pollution levels, causing damage to the soil, crops, all forms of life, certain health risks and total loss of water resources.