Hannah Steiner
marine wildlife conservation and environmental activist
Whether you agree with her or not, there is no doubt that Swedish Greta Tunberg is the teen everyone’s talking about right now.

What started with her school striking outside the Swedish parliament on her own, led to her not only being nominated for the Nobel Peace Prize but also inspiring hundreds of thousands of participants, across the globe, to demonstrate and school strike.

Greta Ernman Thunberg, born 3 January 2003, is a Swedish climate activist who has been described as a role model for worldwide student activism. Greta's mother is Malena Ernman, one of Sweden’s most celebrated opera singers. Her father is Svante Thunberg, an actor and author named after Svante Arrhenius, the Nobel prize-winning scientist who first calculated how carbon dioxide emissions could lead to the greenhouse effect.

Greta is known for having initiated the school strike for climate movement that formed in November 2018 and surged globally after the United Nations Climate Change Conference (COP24) conference in December the same year. Her personal activism began in August 2018, when her recurring and solitary Skolstrejk för klimatet ("School strike for the climate") protesting outside the Swedish parliament in Stockholm began attracting media coverage. On 15 March 2019, an estimated number of 1.4 million students in 112 countries around the world joined her call in the striking and protesting. Another event is scheduled for 24 May 2019.

On 20 August 2018, Thunberg, who had just started ninth grade, decided to not attend school until the 2018 Sweden general election on 9 September after heat waves and wildfires in Sweden. Her demands were that the Swedish government reduce carbon emissions in accordance with the Paris Agreement, and she protested by sitting outside the Riksdag every day during school hours with the sign Skolstrejk för klimatet (school strike for the climate). After the general elections, she continued to strike only on Fridays, gaining worldwide attention. She inspired school students across the globe to take part in student strikes. As of December 2018, more than 20,000 students had held strikes in at least 270 cities. Thunberg credits the teen activists at Marjory Stoneman Douglas High School in Parkland, Florida, who organized the March For Our Lives, as the inspiration to begin her school climate strike. 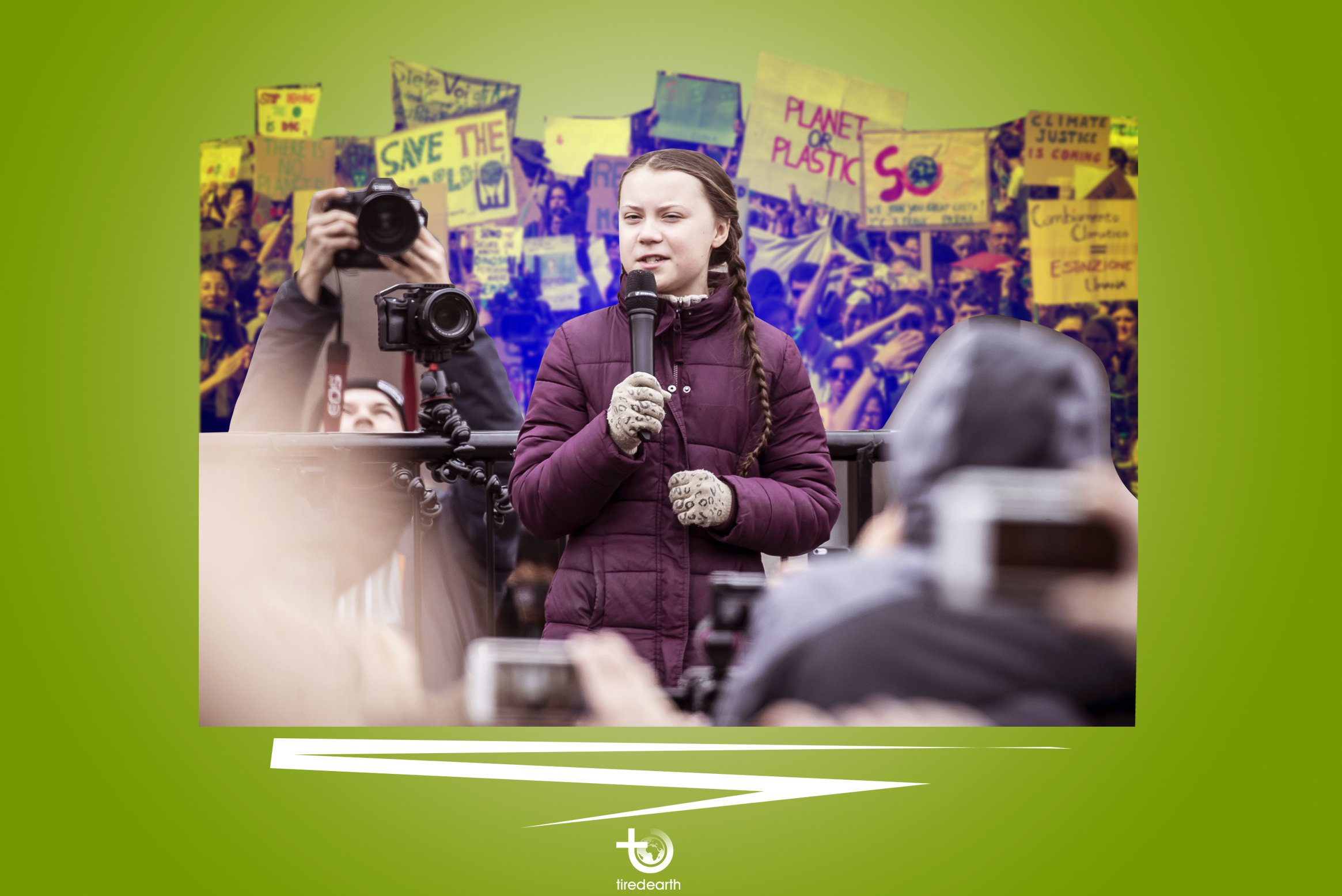 From October 2018 onwards, Thunberg's activism evolved from solitary protesting to taking part in demonstrations throughout Europe; making several high profile public speeches; and mobilising her growing number of followers on social media platforms. However, by March 2019 she still stages her regular protests outside the Swedish parliament every Friday, where other students now occasionally join her. Her activism has not interfered with her schoolwork, but she has had less spare time.

UN General Secretary António Guterres has endorsed the school strikes initiated by Thunberg, admitting that "My generation has failed to respond properly to the dramatic challenge of climate change. This is deeply felt by young people. No wonder they are angry.”

Some Facts You Must Know About Greta

If you want to know more about Greta, here are two important things you must to know:

Greta was diagnosed with Asperger’s Syndrome four-years-ago and she has since learnt how to use it as a driving force in her campaigning, instead of letting it hold her back. Her Asperger’s means that Greta finds facts she learns about the environment more upsetting and distressing than others, and she can't easily shake those feelings off. It's spurred her on to act.

“I overthink. Some people can just let things go, but I can’t, especially if there’s something that worries me or makes me sad," Greta said in an interview with The Guardian.
She has also been diagnosed with OCD and selective mutism.

Greta learned about the concept of climate change at eight-years-old and was severely affected by the environmental outlook. A few years later, when she was 11, those feelings contributed to Greta sinking into a period of depression. She stopped going to school and lost up to 10 kilos of weight in just two months. It was during this time at home that she discussed her environmental concerns with her parents.
However, the most important fact about Greta we must know is that she inspired and motivated all of us to pay more attention to the environment and the future of our children. For this, all of us owe her one during our life.

#schoolstrike May12th #schoolstrike4climate globalclimatestrike2 climate-change
Biological Diversity Is Vital For Our Survival
Sea Turtles Are Becoming Extinct; Believe It Or No ...

Role of Education for Mitigation and Adaptation to Climate Change

After 32 Years, Protecting the Ozone Layer Is Still a Top Priority

Is There Any Relationship Between ‘Eco-Anxiety’ And Climate Change?