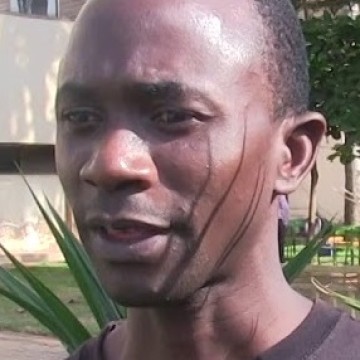 From banning plastic, stopping deforestation to calling for a new thinking about our future, students in Uganda under Fridays For Future movement held the biggest strike in Kiboga district to demand for urgent climate action. Supported by Green Climate Campaign Africa for over 5 months, the movement has a strong over 10,000 students in high school and universities. This July it is holding s series of strikes before September in 3 districts as a mobilization effort a head of September 20th. Also this is to rally more students to join the movement and add their voice for action. Fridays for Future encourages students to spread the climate action message wherever they go, it reminds them that they have more years to live on earth, so they should learn how to live without causing harm to the environment.

An interesting fact from a 12 year old girl, made the crowd burst into laughter. She said "people should stop cutting trees to make charcoal because, some trees are medicines like "omululuuza".

"Omululuuza" a small tree has leaves that are used as medicines for fever among children in this Kiboga and at least all of the kids had tasted it.

These messages and many more enshrined in the Uganda Students and Youths Climate Action demands have earlier been presented to the government through the speaker of parliament this May 25th this year. The movement while communicating through the climate strikes every Friday has put it clear that a breaking down climate will impact the country's microeconomic stability and overall social developement. With this it will not have ability to achieve the sustainable development goals.
Poor climatic conditions mean poor performance of agricultural sector. Food prices automatically increase and if there is a drought, neighboring countries like Kenya, South Sudan and Rwanda will have to be affected. It should be noted that Uganda contributes largely to food imports of the countries. Action is neeeed, change is required and our generation will not stop fighting to create this change. Fridays for Future Uganda inspired by Greta Thunberg is growing a youth space and platform not only to strike but also to learn and be part of a solution to a sustainable future. And there should be unprecedented global action.

This September 20th will be yet another global school strike for climate happening at the sidelines of the UN Climate Action summit the strikes will reaffirm the call for urgent response towards solving the climate breakdown.

Fridays for Future Uganda's climate strikes, the July series are still continuing ahead of September. You too can join from wherever you are and add your voice. Let us fight for our Future together.