It’s true that sharks are impressive hunters and predators, yet the sad fact remains that these magnificent creatures are more threatened by people than we are by sharks.

Sharks have survived for 450 million years, but could become extinct within the next decades. Life within the oceans, covering 2/3rds of our planet, has enjoyed a relationship with sharks for about 450 million years. Our growing demand for shark fin soup has increased the slaughter of sharks to such a great extent that many shark species are already nearing extinction.

Sharks play a very important role in the oceans in a way that an average fish does not. Sharks are at the top of the food chain in virtually every part of every ocean. In that role, they keep populations of other fish healthy and in proper proportion for their ecosystem.

Sharks are in trouble

Around the world sharks are in big trouble, with over 90% of the world’s sharks wiped out through fishing, cruel shark fining and shark mitigation strategies. The population of sharks is greatly affected by industrial fishing.   As a result, between 70 and 100 million sharks die a year. That’s over 10,000 every hour. Few know, often blinded by misguided fears, of the shark's current struggles and the impact this could have on human life. Sharks are quickly headed for extinction.

They keep the balance of the ecosystem

Where sharks are eliminated, the marine ecosystem loses its balance. Sharks are responsible for keeping the oceans in balance. They are what is known as a “keystone species” as they are apex predators and so everything below them is kept in harmony through their actions. The species that they keep in check are kept in a healthy, well-balanced number and in turn, the species keep their prey in check as well. This cycle protects both food sources and oxygen levels in the ocean.

Some researchers have found that where shark populations have gone down, nearby coral reefs have started to decline. Herbivores are known to munch on the coral and other ocean plants, as a result causing a lot of damage when there is a lack of an apex predator roaming nearby.

What Is an Ecosystem? Components and Its Definition 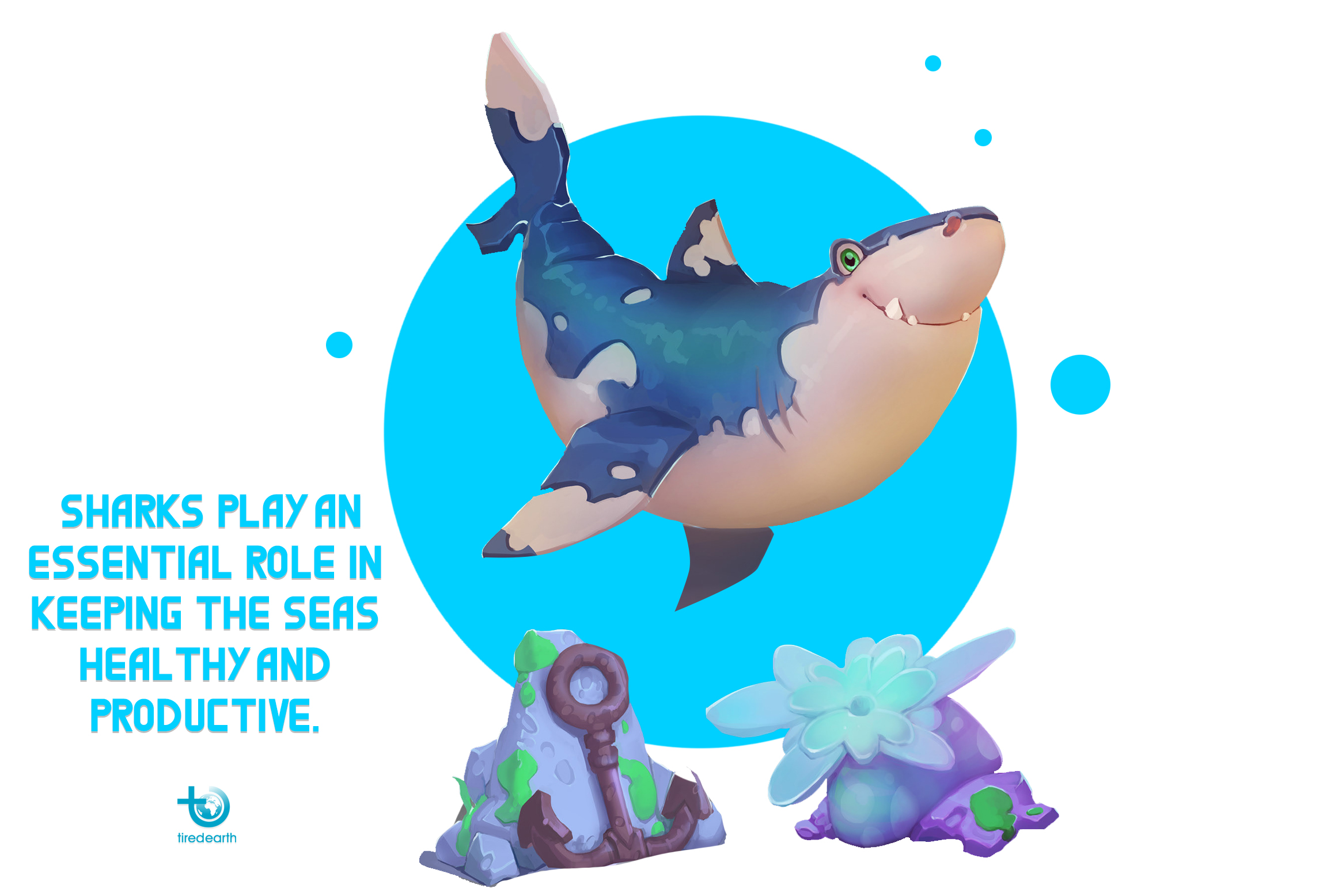 In the parts of the ocean where sharks have been fished out of existence, we can see the dangerous result of removing the top predator from an ecosystem.

Why should we protect sharks from humans?

The biggest threat to sharks is illegal finning, where the fins are cut off and the shark is thrown back into the ocean. Unable to swim without their fins, the sharks sink to the bottom and die of suffocation or get eaten by other predators. The fins are then sold for shark fin soup, a delicacy in Asia to show off social status.

Another threat is the overfishing happening around the world. When fish populations decrease, humans have to cast their nets wider and end up catching other animals, such as sharks. Currently 80% of long lining is bycatch of sharks. This means that sharks are often caught incidentally and, as a result, many will be discarded. This contributes to the decline of different shark species.

Not only direct threats such as fishing account for the depletion of shark species but also indirect influences such as pollution, habitat alteration, damage and loss due to coastal development.

Sharks have become an endangered species because of human impact and activities. The remaining shark population is declining faster every day.

The frightening reality is, like them or not, sharks play a crucial role on this planet. Remove sharks from the oceans and we are tampering with our primary food, water and air sources.

Shark Awareness Day sharks oceans ecosystem
How does Overpopulation Impact on Our environment?
Violence, Environment, and the Nigerian Question