Rosmel Rodríguez
PhD student O Centro de Estudos Sociais da Universidade de Coimbra
The injustice lies in the fact that those who will suffer the greatest consequences of this crisis are those who have contributed the least to its aggravation.

Climate change has already begun to affect all aspects of social life. Not only due to increasingly detailed data, but primarily to the observed and lived experiences of people affected by climate impacts. It is becoming undoubtedly clear that a structural change in the way our society operates is urgently needed.

Climate change and its impacts on human life can be analyzed from the perspective of 3 main mechanisms:

a) Direct effects: heat waves, droughts, floods, inundations and storms, and can affect people through heat stress or even cause physical and psychological trauma such as climate anxiety.

b) Indirect effects: the impacts of climate change on the environment alter water and air quality, food production and the ecology of mosquitoes that transmit diseases.

c) Socio-economic effects: social, demographic and cultural ruptures trigger the climatic migration of groups dependent on natural resources, which are then scarce, which also presupposes conflicts related to climatic conditions, such as prolonged droughts.

When imagining this new structure of society in which we will leave no one behind (UNDP 2018), it is fundamental to understand that climate change is unfair by itself, and accentuates the many social and economic inequalities already existing in our country, so changing the logic as we live in society, building a zero-carbon, resilient, economically sustainable and fair journey is fundamental.

Regarding the concept of justice, it is necessary to go beyond semantics. Justice is the basic principle that maintains social order through the preservation of rights and duties in their legal form. The power to enforce the right of a group, the collectivity, in law and the obligations that add its meaning.

When we invoke climate justice, we necessarily seek to protect the human right to life on this planet, the human responsibility and duty of power for the maintenance of its own existence. In addition to bringing a crucial element to the humanization of the climate crisis.

The impacts of climate change affect different groups and intensities in different forms. The scenario of inequalities between these groups and social classes, highlighting the precarious conditions of access to income and basic citizenship services. The impacts derived from climate change that affect everyone, the intensity of these changes and the capacity of individuals and social groups to manage the consequences of these impacts are differentiated.

Global responsibility for the climate crisis is not born equally and its records are not shared properly. This assertion is based on the fact that those primarily responsible for air pollution (greenhouse gasses) are those who suffer the least from its effects. This means that the most developed and polluting countries of the Global North (e.g., the United States, Canada, Europe), will feel the climate crisis least aggravated by themselves.

The injustice lies in the fact that those who will suffer the greatest consequences of this crisis are those who have contributed the least to its aggravation. The poorest and most vulnerable are more exposed and will pay the bill of the richest without being able to adapt. 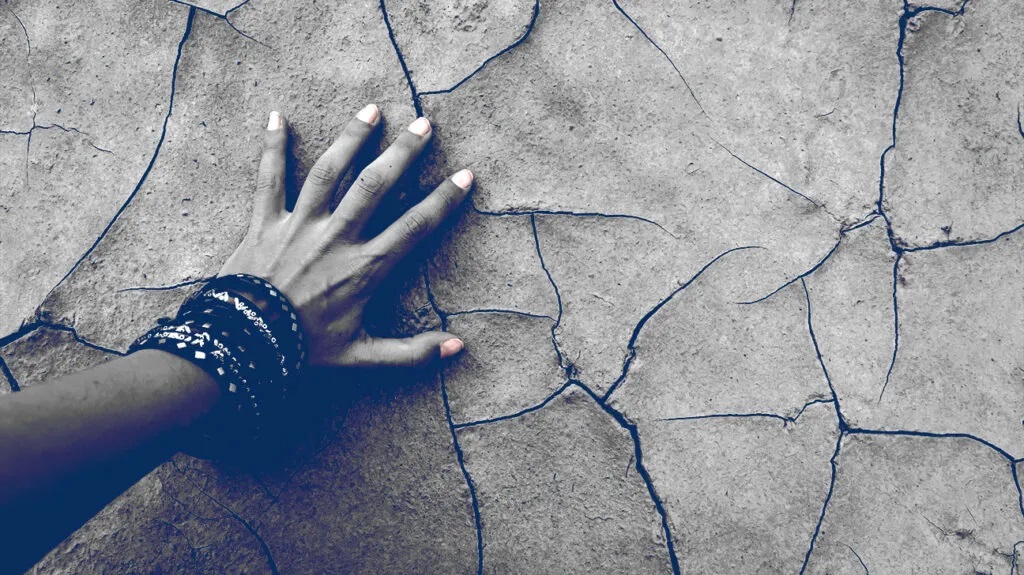 Put in numbers for a better understanding of the Global North accounts for 92% of excess global carbon dioxide emissions. The richest 1% of people in the world emit almost the same amount of greenhouse gasses (GHGs) as the poorest 50%. Social injustice is closely linked to climate injustice and, consequently, to the economic system that generates and exacerbates inequalities.

The most socioeconomically vulnerable populations, such as blacks, traditional people and women, are the most affected by this injustice. They are also the most vulnerable to events such as floods, prolonged droughts, unavailability of water and variations in the quantity and price of food.

The effects of climate change are strongly linked to our daily lives. The food that reaches our plates depends on favorable environmental conditions for its cultivation. Any change in climate that has a negative impact on production, affects the price of food to the final consumer, due to the logic of the market, the lower the supply, the higher the demand and consequently the higher the price.

Those who cannot afford this extra expense, the poorest, either eat less or stop eating. These people are mostly black, female and peripheral, in large cities. Outside the urban area, traditional populations suffer the loss of their livelihoods, such as fishing and agriculture, and the very right to exist within their endangered way of life and culture.

Climate change brings with it shifts in material and power balances, and the business-as-usual scenario will further entrench or deepen inequality and exacerbate environmental damage. Those who are highly likely and politically disadvantaged are expected to suffer climate impacts, while those at the top of the socio-political ladder are guiding their lives toward a more climate-proof future.

Excellent article, brief and complete that summarizes in an understandable and assimilable manner the consequences of Climate Change.