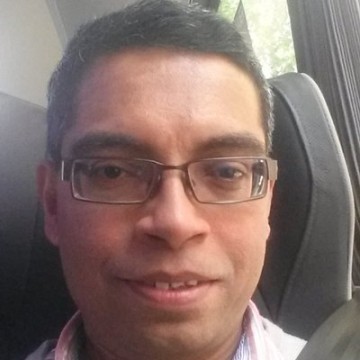 Asitha Jayawardena
Sustainability Writer
The greenhouse gases absorbing energy as heat is called the Greenhouse Effect. It mirrors the plants grown inside a greenhouse in winter.

The 2022 United Nations Climate Change Conference, referred to as the Conference of the Parties of the UNFCCC (COP27), was ongoing until 18 November 2022 in Sharm El Sheikh, Egypt.

In the second week of proceedings, the global temperature issue of 1.5C has been compromised and the next would be 2C. It will worsen the climate crisis.

By the way, have you thought about the causes of climate change?

In global warming, the Greenhouse Effect is key. Increasing greenhouse gases are warming the Planet Earth. Let us see how it happens.

The Sun is the primary energy source of the planet Earth. The planet is surrounded by air, which we call the atmosphere.

The incoming solar rays, called solar radiation, reach the surface of the Earth. On passing through the atmosphere, around half of it is reflected towards space due to clouds, dust, or other particles.

Solar energy is absorbed by the Earth’s surface, trees, buildings and so on. Some highly reflective surfaces, such as ice or snow, reflect the majority to space while absorbing a low percentage of solar energy.

The story is not yet over. The planet’s surface, trees, buildings, and everything else now radiate the energy as heat back to space. The warmer the object, the higher the heat energy it emits.

In going back to space through the atmosphere, the outgoing heat energy is absorbed by clouds and greenhouse gases – or heat-trapping gases – in the lower atmosphere, preventing it from leaving the Earth system. Only a small amount of heat energy leaves the Earth towards space.

In nutshell, solar energy travels to the Earth easily and is absorbed by Earth’s surface and other objects. Then they radiate heat energy, which is absorbed by the greenhouse gases, preventing it from leaving the Earth.

The greenhouse gases absorbing energy as heat is called the Greenhouse Effect. It mirrors the plants grown inside a greenhouse in winter.

Turning to the atmosphere of Earth (or air), the major constituents are:

Carbon dioxide with only 0.04% of the atmosphere can cause alarmingly high levels of global warming is hard to believe.

When considering the greenhouse gases, the percentages are as follows:

When added to the atmosphere, CO2 hangs around between 300 to 1000 years or more. Methane and nitrous oxide will stay in the air for 12 and 114 years, respectively.

Is the Greenhouse Effect necessary or not?

The Greenhouse Effect is essential to maintain our planet at a suitable temperature for life. Without that, all solar radiation coming to the Earth will exit the planet, leaving the surface temperature of the Earth as low as -20C. So, greenhouse gases are necessary but, since the Industrial Revolution, the rising greenhouse gases are causing a climate crisis that humanity cannot handle at all costs.

The Keeling Curve marks the level of CO2 in the atmosphere against time. Up to 1958, ice core data marks the intensity of CO2.

The role of the Sun

The Sun is the primary source of energy for the Earth. A metric called Total Solar Irradiance (TSI) is used to measure the energy that is received from the Sun. An 11-year solar cycle as well as solar flares and storms from the surface of the Sun is incorporated in the metric TSI.

In the past, solar variability has played the role in the climate change of Earth. For example, reduced solar activity coupled with increased volcanic commotion resulted in the Little Ice Age.

Since 1750, the average amount of solar energy that the Earth received remained constant but, since 1950, the global temperature is noticeably on the rise. So, solar activity is not the cause.

The Sun is therefore not the cause of the ongoing climate crisis but the activities of human beings should change to keep the 1.5C global temperature level alive, not 2C.

What is climate change?
https://climate.nasa.gov/

What Is the Greenhouse Effect?
https://www.livescience.com/37743-greenhouse-effect.html#:~:text=The%20exchange%20of%20incoming%20and,plants%20and%20hard%20surfaces%20inside.

WHAT ABOUT WATER VAPOUR?
https://climatechangeconnection.org/science/what-about-water-vapour/

The Atmosphere: Getting a Handle on Carbon Dioxide
https://climate.nasa.gov/news/2915/the-atmosphere-getting-a-handle-on-carbon-dioxide/

How long do greenhouse gases stay in the air?
https://www.theguardian.com/environment/2012/jan/16/greenhouse-gases-remain-air