Karabo Meyer
Wildlife conservationist
The tiger is the largest of the world’s big cats and this magnificent creature, with its distinctive orange and black stripes and beautifully marked face, has a day that is dedicated to it.

International Tiger Day, also referred to as Global Tiger Day, is an annual observance aimed at raising awareness of the importance of tiger conservation. It was established in 2010 at the International Tiger Forum that took place in the city of Saint Petersburg, Russia. The annual day is celebrated with the slogan “Their survival is in our hands”.

Many well-known animal organisations such as the WWF, the IFAW and the Smithsonian Institute get behind this event. You can get involved in the conversation around this important day on Twitter using the hashtag #WorldTigerDay or #InternationalTigerDay

It has been founded that in the last century, 97% of all wild tigers had disappeared due to many factors including habitat loss, hunting and poaching, climate change. According to WWF, only 3,890 tigers are left in the world. India with more than 2500 tigers has the highest number.

Tigers are the most iconic of the big cats. With their gorgeous black-and-orange coats and long, white whiskers, they invoke in many a feeling of wonder and admiration. Tigers are found in amazingly diverse habitats: rain forests, grasslands, savannas and even mangrove swamps. Unfortunately, 93% of historical tiger lands have disappeared primarily because of expanding human activity. Saving tigers means saving forests that are vital to the health of the planet.

Causes of decline in their population

Tiger’s habitat has been destroyed, degraded, and fragmented by human activities for various purposes such as agriculture, timber, development activity etc. Chances of survival in the fragmented areas are lower considerably for these royal animals.

Tiger poaching threatens all subspecies of tigers. While habitat protection is essential for the long-term survival of the tiger, illegal trade is a more urgent threat, having the greatest potential to do maximum harm in a short time. Tiger populations have been decimated in many parts of their former range due to illegal hunting for their skin, bones and other body parts. 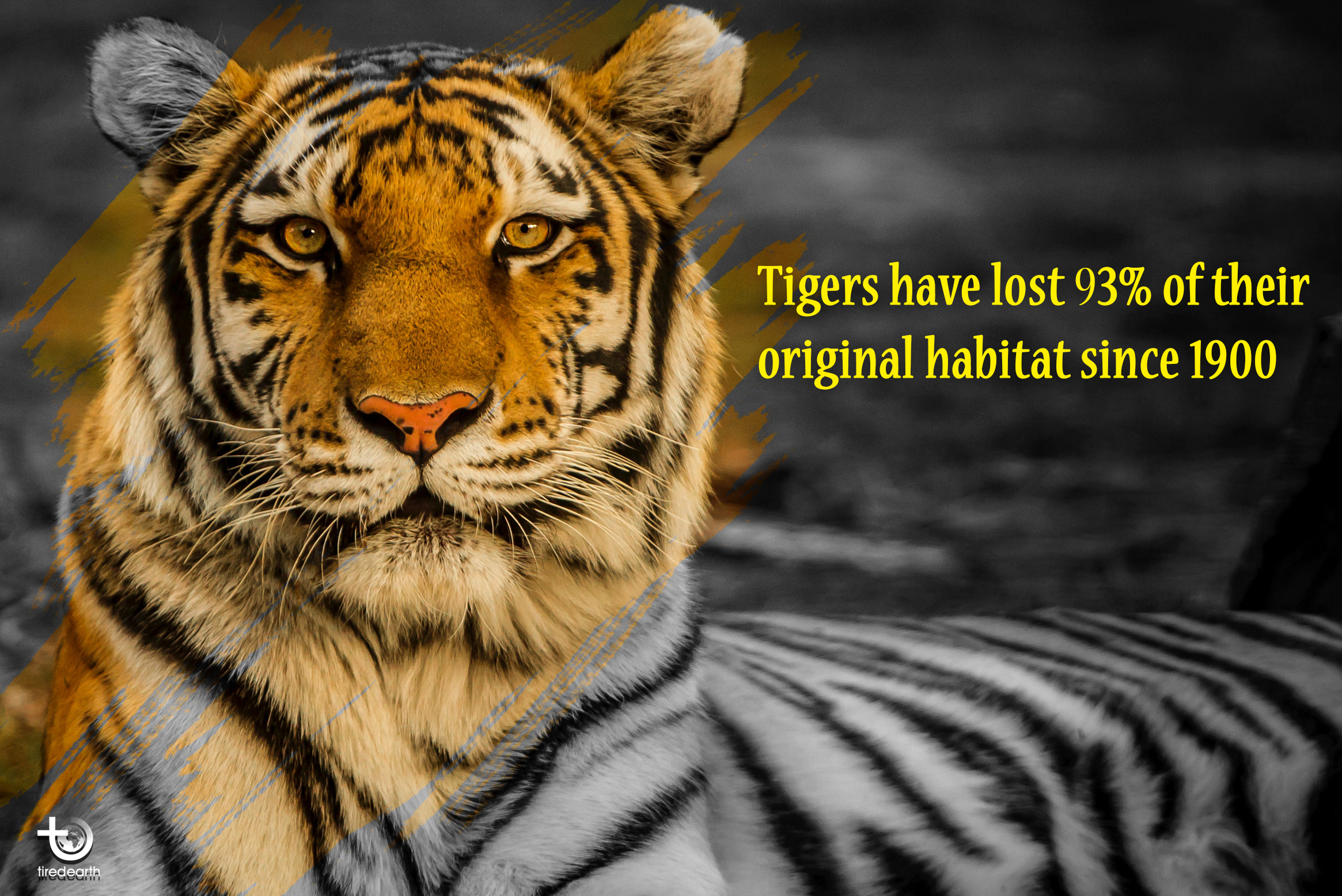 Rising sea level as a result of climate change is on the verge of wiping out Sundarbans, one of the last remaining habitats of the Bengal tigers. According to a WWF study, without mitigation efforts, projected sea level rise—about a foot by 2070—could destroy nearly the entire Sundarbans tiger habitat.

How to save tigers

These are a few ways that you can save the tigers from becoming extinct.

Sale of tiger skin and other body parts is banned. So if you find somebody hunting tigers, report them to your local police station or even the forest officials. They will take care of the poachers.

Be a responsible tourist

The wilderness is to be experienced and not to be disturbed and polluted. Follow the forest department guidelines when visiting any wilderness area, tiger reserve in particular. As the saying goes ‘Don’t leave anything behind except footsteps, and don’t take anything except memories. ‘Write to the policy makers: If you are really concerned and feel that more needs to be done for tiger conservation, then write polite letters to the decision makers – the Prime Minister, the Minister for Environment and Forests or even your local MP.