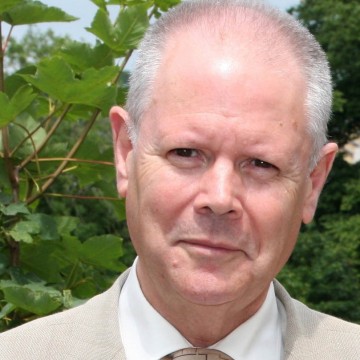 Environmental groups opposed to genetically modified organisms (GMOs) have been very influential for a considerable time and capable of raising large public protests. But the anti-GMO movement is now in decline as the EU and various influential environmental organisations begin to cautiously welcome selected genetically engineered organisms.

The final nail in the anti-GMO coffin is likely to be the spectacular success of the genetic technology that has just developed several highly effective vaccines against Covid-19 within the miraculously short time frame of one year.

On January 10th, 2020, Chinese scientists published the genome of a new disease-causing coronavirus Sars-CoV-2, similar to the virus that caused severe acute respiratory syndrome (Sars) in 2003.

But there were also striking differences and therefore nobody was immune. Developing vaccines against the rapidly spreading Sars-CoV-2 was the only hope of averting a deadly assault on public health but the problem was that it takes six to seven years on average to develop a new vaccine using traditional methods based on a weakened or killed Sars-CoV-2 virus.

This is where the smart new genetic techniques came to the rescue, aided by unprecedented international scientific collaboration, bottomless financial resources and an army of volunteers willing to participate in trials. By April 2020, 80 institutes and pharmaceutical companies were developing vaccines across 19 countries, mostly using gene-based methods. It was predicted that commercial vaccines would be available by early 2021. On January 4th, 2021 the UK started public inoculations with the Oxford AstraZeneca vaccine.

Several highly effective vaccines, including Pfizer-BioNTech, Moderna, AstraZeneca, Johnson & Johnson (Janssen) and Sputnik V are now available, each having progressed through all the correct phases of vaccine development within one year. The biggest vaccination campaign in history is now under way – more than 1.94 billion doses have been administered across 176 countries, vaccinating 12.7 per cent of world population as of early June.

Genetic technology powered development of Covid-19 vaccines. The Pfizer and Moderna vaccines are messenger RNA (mRNA) vaccines, based on RNA molecules carrying genetic information for the synthesis of the “spike protein” of the Sars-CoV-2 virus that enables this virus to enter cells.

When the mRNA, enclosed in an artificial membrane, is injected into your arm the mRNA prompts cells near the injection site to make the spike protein. This trains your immune system to make antibodies and T-cells that will inactivate the Sars-CoV-2 virus if it infects you later.

The AstraZeneca, Johnson and Johnson and Sputnik V vaccines are fully “genetically engineered”.

They use a “viral vector”, an adenovirus – a type of virus that causes the common cold – to carry the vaccine into your cells. The adenovirus genome is stripped of any genes that might harm you and the Sars-CoV-2 spike protein genetic sequence is then spliced into the adenovirus genome.

This genetically doctored adenovirus carries the information for making the Sars-CoV-2 spike protein into your cells, training your immune system as already described for the mRNA vaccines.

For many years past the European Union set its face against genetically engineered organisms but this anti-GMO stance weakened recently mainly because biotechnology techniques can help the EU to meet environmental sustainability goals. And when the Sars-CoV-2 virus appeared on-stage the EU suspended some of its biotechnology regulations to fast-track development of Covid-19 vaccines.

The UCS has grown increasingly concerned about the environmental effects of animal agriculture. It is impressed with the potential of plant-based “meats” to reduce these impacts and recently changed its stance against the plant-based “Impossible Burger” whose key ingredient is made with the help of genetic engineering.

GMOs have a great safety record. Scientists who genetically enhance animal and plant organisms work extremely cautiously, knowing well that releasing even one genetically engineered organism that caused environmental harm would be disastrous to their whole project.

The anti-GMO lobby acts mainly out of ideological convictions, mistrusts science and exaggerates perceived “dangers”. But it now looks like their reign is almost over. Cautious general acceptance of GMOs will follow. Genetic modification has much to offer as everyone who offers their arm to the vaccination needle can confirm.

William Reville is an emeritus professor of biochemistry at UCC