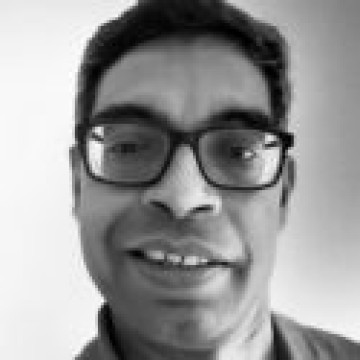 Asitha Jayawardena
Writer
Almost half of the 27-country European Union is under drought warnings.

Update: The conservative votes have been counted and the winner is, Liz Truss, with a record of opposing climate action.

Truss has a long history of working with libertarian groups opposed to climate and emissions reduction legislation. Her first appointments to advise her on the U.K.’s energy crisis include staff who have worked for climate sceptic think tanks and a number who have openly attacked climate policies and blamed energy prices on renewable energy.

In late August, six U.K. water providers, including Thames Water with 15 million customers, imposed household hosepipe bans prohibiting water use for gardens and lawns, washing windows and cars and other common uses following extreme drought conditions. Those who fail to head the hosepipe water ban face fines of up to £1000. The country renowned for its rain now finds itself without water.

The bans come on the heels of what the U.K.’s Environmental Agency says is its driest conditions in nearly 90 years. Southwest England is in drought, and 11 of the 14 Environment Agency areas are now impacted, including Devon and Cornwall. On top of these challenges, the U.K. has suffered temperatures of up to 40.3C this summer in three heat waves that are estimated to have caused more than 1,000 deaths.

Drought conditions have led to low river flows not only in the U.K. but across Europe, along with forest fires and heat that has devastated crops. Almost half of the 27-country European Union is under drought warnings.

Meanwhile, the U.K.’s High Court ruled in July that the government’s Net Zero Strategy is in breach of its Climate Change Act in a legal challenge brought by ClientEarth, Friends of the Earth, the Good Law Project and environmental campaigner Jo Wheatley saying the strategy fails to provide sufficient details on how it would meet its targets.

As the U.K. stares down growing climate change impacts, it’s in the midst of a national leadership crisis.

As the U.K. stares down growing climate change impacts, it’s in the midst of a national leadership crisis. With the departure of Boris Johnson, 180,000 to 200,000 Conservative Party members will vote to select the next Conservative Leader as well as the next Prime Minister in September. A number of early contenders have already been eliminated, leaving two options: Liz Truss and Rishi Sunak.

While both candidates have committed to a net-zero target, in true Conservative Party fashion, environmental policies are dropping down the priority agenda in favour of economic rhetoric as the leadership challenge escalates.

Truss, the favourite to win according to U.K. media, has been Secretary of State for Foreign, Commonwealth and Development Affairs since 2021 and was a former environment secretary.

If selected for No 10 Downing Street, she has said she will strip out green levies on energy bills as energy costs skyrocket due to rising gas prices that are impacting global energy security. The U.K.’s green levies help fund a range of environmental policies including support for the transition to the clean energy alternatives that would help the country wean itself off of expensive gas and a market beholden to Russia. According to Carbon Brief, the proposed Truss plan to scrap levies is likely to result in only a 3% reduction in ever more expensive consumer energy bills.

Farmers [should] produce food instead of “filling fields with paraphernalia like solar farms.

Truss is hostile to solar power and wants farmers to produce food instead of what she says is “filling fields with paraphernalia like solar farms.” During her time as Environment Secretary, she introduced cuts to solar farm subsidies, viewing photovoltaic panels as a scar on the U.K.’s natural landscape and a hindrance to food production. And she backs fracking.

Although Truss has confirmed her commitment to achieving net zero, she suggests that net zero issue is a problem for businesses rather than the government to solve. There are also indications that she could put climate change on the back burner when it comes to the government’s international development strategy and spending.

Rishi Sunak was the former Chancellor of the Exchequer until he resigned on 5 July 2022. If selected for the big job at 10 Downing Street, Sunak says he would re-establish the Department of Energy, which was absorbed into the Department of Business in 2016. He would also create a new Energy Security Committee. He has announced that he wants the U.K.’s Value Added Tax or VAT to be cut from energy bills for at least one year to combat growing energy prices.

Sunak is also hostile to solar power and has also said he thinks farms in the U.K. should produce food rather than clean energy. Under his watch, Sunak has said that rewilding land, or allowing it to return to its natural state, “should not take place at the expense of food production.”

On onshore wind power, Sunak’s statements have him blowing both ways but most recently he seems to be against expansion. His opponent Truss has accused him of indecisiveness on that issue and with onshore and offshore wind farms generating as much as 24% of the U.K.’s electricity in 2020, a clear national strategy would be prudent.

Innovation is another Sunak catch phrase and, oddly, recycling.

Sunak, who says his daughters are the climate change “experts in his household,” has confirmed his commitment to achieving net zero target. At COP26, he outlined a vision of making the U.K. the “world’s first net-zero financial centre” and to contribute to global efforts to “rewire the financial system for net-zero.” Clearly rewiring for net zero is his go-to line but what that actually means remains largely unclear as pointed out by U.K. environmental leaders.

Innovation is another Sunak catch phrase and, oddly, recycling. He recently told the U.K. media, “this is something we are obsessive about in my house. I know it’s a pain and you need a lot of bins, but it is very good for the environment.” Much like the Conservative Party’s policies in general.

In a recent hour-long debate, just two minutes were dedicated to climate change despite the issue now impacting millions of Britons. Neither candidate has given any indication that they would step up to lead on climate change leaving the country not only facing the economic challenges of Brexit, but a leadership vacuum as the world ramps up efforts to reduce emissions to stave off deadly global warming.

Just over one week before the PM Boris Johnson resigned on 7 July 2022, the U.K. Climate Change Committee (CCC) submitted an assessment of how best to reduce the greenhouse gases emissions causing climate change in its “2022 Progress Report to Parliament.” Neither candidate has indicated if they will implement the report’s recommendations despite being given a clear roadmap for action.

Given the Conservative Party’s lacklustre track records on green issues, including climate change, the two rivals for the PM role have “a lot of reassuring to do,” according to Greenpeace U.K.’s head of politics, Rebecca Newsom.

Meanwhile, with climate change impacts increasing and energy prices soaring, in the U.K., winter is coming.