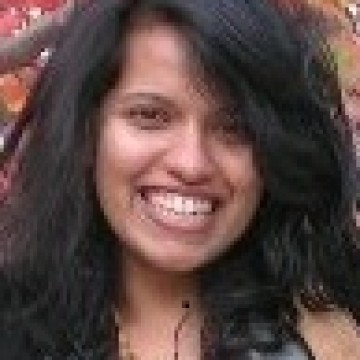 George Stacey
Interim CEO & Author
Indigenous peoples are often the worst affected by climate change and come on top of a long history of discrimination and the legacy of colonization.

Prolonged droughts, supercharged storms, rising sea levels, and other various impacts of climate change increase the likelihood of being forced to move.

Global warming and climate change are displacing millions of people from their lands and homes. According to the United Nation’s Migration, Environment, and Climate Change (MECC) division, “climate migrants might reach 1 billion by 2050.”

In an interview to IPS, the International Organization for Migrants (IOM) Director General William Lacy Swing said, “We have never had so many complex and protracted humanitarian emergencies now happening simultaneously from West Africa to Asia, with very few spots in between which do not have some issue.”

Similarly, the World Bank in 2018 estimated that three regions (Sub-Saharan Africa, Latin America, and Southeast Asia) will generate around 140 million more climate migrants by the end of 2050.

How Climate Change is Driving Migration?

Both internal and external displacement associated with climate change and disasters is a very dynamic and complex phenomenon. Norvergence LLC, an environmental advocacy NGO has tried to paint a real picture of displacement and provide more solid risk assessments and evaluations of appropriate policy responses.

Events related to climate change can slowly but easily erode the capacity of ecosystems to provide basic needs such as fresh water, food, and shelter. When communities or regions are unable to cope with the shortage of basic resources, displacement becomes the only survival strategy.

Indigenous peoples are often the worst affected by climate change and come on top of a long history of discrimination and the legacy of colonization.

António Guterres, the UN High Commissioner for Refugees, December 2011 said, “A growing number of people are uprooted by natural disasters or lose their livelihoods to desertification, with climate change now found to be the key factor accelerating all other drivers of forced displacement. “

“These persons are not truly migrants, in the sense that they did not move voluntarily. As forcibly displaced not covered by the refugee protection regime, they find themselves in a legal void. So, while the nature of forced displacement is rapidly evolving, the responses available to the international community have not kept pace.”

When it comes to gender, women are also disproportionately harmed by disasters and climate change-related migration. Displaced women have also faced a greater risk of humanitarian violence.

Durable Solutions to Migration or Displacement Related with Climate-Change

Many programs that are already running in place for supporting so-called durable solutions to displacement are hard-pressed to deal with climate refugees and sometimes may lead to persecution and other forms of serious harm.

Following are two major solutions to migration in the context of climate change:

Need Leadership from the Frontlines

World leaders need to show determined leadership in response to the climate crisis and have to implement an ambitious renewable climate change adaptation plan and renewable energy strategies.
Moreover, the greater participation of young people and women in decision-making levels will hugely help to drive fair and effective response.

It is important to implement the mandate of the 2018 facilitative dialogue (FD2018) i.e:

•    Driving and inspiring political willingness to act on climate.
•    Enhancing mitigation action by Parties and NPS.
•    Informing the development of long-term climate strategies.
•    Facilitate the development of subsequent NDCs such that there is greater transparency and integrity.
•    Subsequent stock takes taking note of lessons learned from the FD2018.

Norvergence LLC, an environmental NGO, concludes, “We need urgently to reduce the potential for involuntary displacement by finding sustainable solutions for all of those affected by climate change and global warming.