Hannah Steiner
marine wildlife conservation and environmental activist
Ecosystems are the foundations of the Biosphere and they determine the health of the entire earth system.

An ecosystem is a community of living organisms together with the nonliving components of their environment (things like air, water and mineral soil), interacting as a system. Ecosystems are the foundations of the Biosphere and they determine the health of the entire earth system. The species of the ecosystem, including bacteria, fungi, plants and animals, are dependent on each other either directly or indirectly. The relationships between species and their environment facilitate the flow of matter and energy within the ecosystem. A change in the temperature of an ecosystem will often affect what plants will grow there, for instance. Animals that depend on plants for food and shelter will have to adapt to the changes, move to another ecosystem, or perish.

The fundamental source of energy in almost all ecosystems is radiant energy from the Sun. The energy of sunlight is used by the ecosystem’s autotrophic, or self-sustaining, organisms. Consisting largely of green vegetation, these organisms are capable of photosynthesis—i.e., they can use the energy of sunlight to convert carbon dioxide and water into simple, energy-rich carbohydrates.

A food chain is a chronological pathway or an order that shows the flow of energy from one organism to the other. All living things need to feed to get energy to grow, move and reproduce. But what do these living things feed on? Smaller insects feed on green plants, and bigger animals feed on smaller ones and so on. This feeding relationship in an ecosystem is called a food chain. Food chains are usually in a sequence. It is important for us to understand how the food chain works so that we know what are the important living organisms that make up the food chain and how the ecology is balanced.
A food chain is not the same as a food web. A food web is a network of many food chains and is more complex. Many interconnected food chains make up a food web. When you look at it in larger scale, a food web shows a realistic representation of the energy flow through different organisms in an ecosystem. Sometimes, a single organism gets eaten by many predators or it eats many other organisms. This is when a food chain doesn’t represent the energy flow in a proper manner because there are many trophic levels that interconnect. This is where a food web comes into place. It shows the interactions between different organisms in an ecosystem.

The elements of ecosystems are mainly categorized into two different components, which are the abiotic and biotic. Below we explained what exactly these components are. 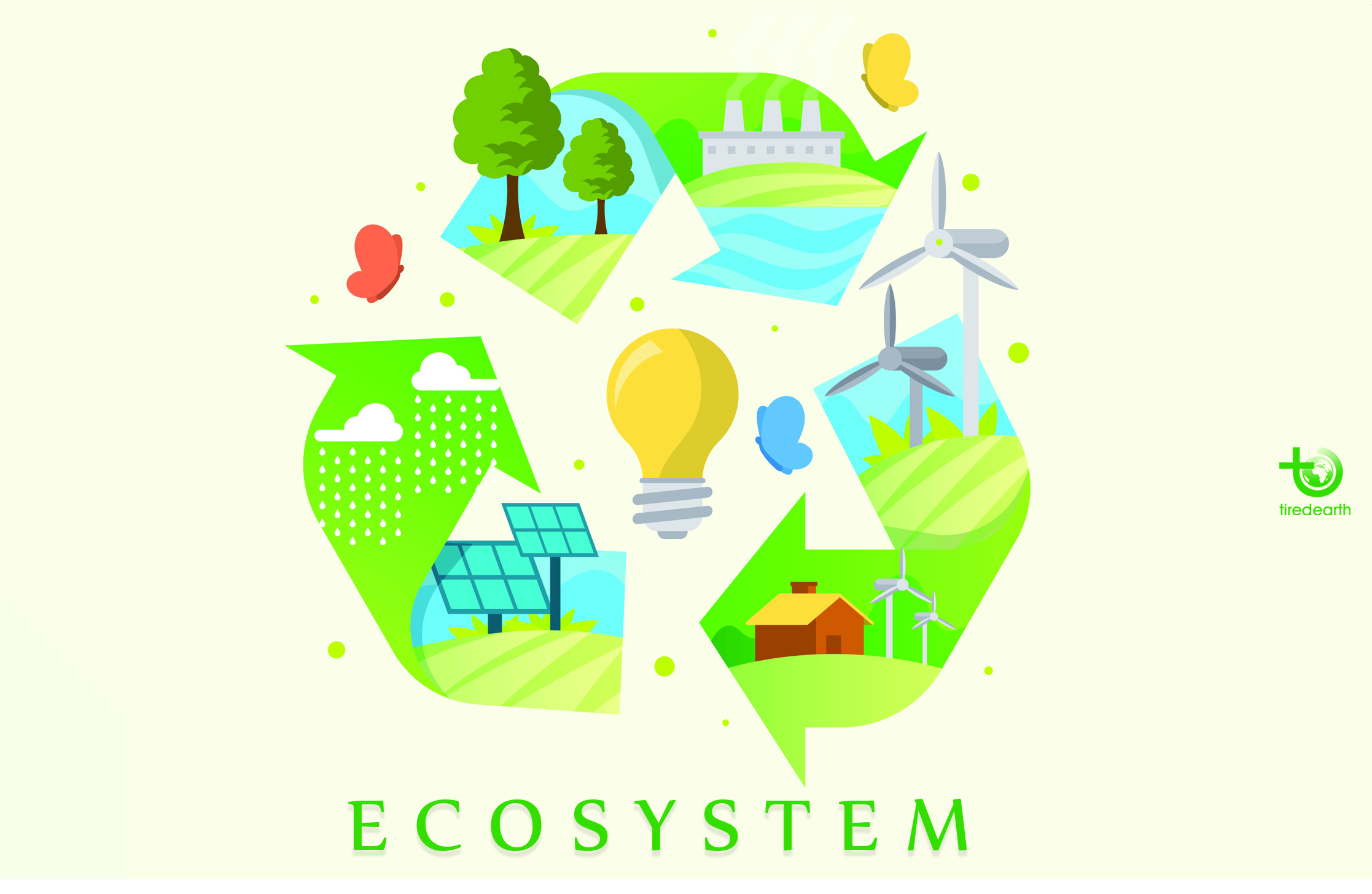 Biotic components are the living things that have a direct or indirect influence on other organisms in an environment. Some of these factors include plants, animals, as well as fungi and bacteria. These biotic components can be further classified, based on the energy requirement source. Producers, consumers, and decomposers are the three broad categories of biotic components.

Producers are the plants, green algae, etc in the ecosystem include all the autotrophs. They generate their own energy requirement through photosynthesis, in the presence of sunlight and chlorophyll. All other living beings are dependent on plants for their energy requirement of food as well as oxygen.

These include all the heterotrophs that directly or indirectly depend on producers for their food. Consumers are further categorized as herbivores, carnivores, omnivores. The herbivores are the living organisms that feed on plants. Carnivores eat other living organisms. Omnivores are animals that can eat both plant and animal tissue.

Fungi and certain bacteria are the prime representatives of this category, which are the saprophytes. They feed on the decaying organic matter and convert this matter into nitrogen and carbon dioxide. The saprophytes play a vital role in recycling the nutrients so that the producers i.e. plants can use them once again.

Human rights must be at heart of new biodiversity framework, experts say