Exposure to pollutants including air pollution, carcinogenic chemicals, radon, UV radiation and second-hand smoke together may contribute over 10 per cent of the cancer burden in Europe, according to the European Environment Agency (EEA).

The EEA investigated the links between cancer and the environment. The report estimated that environmental and occupational risks are behind around 10 per cent of cancer cases in Europe. 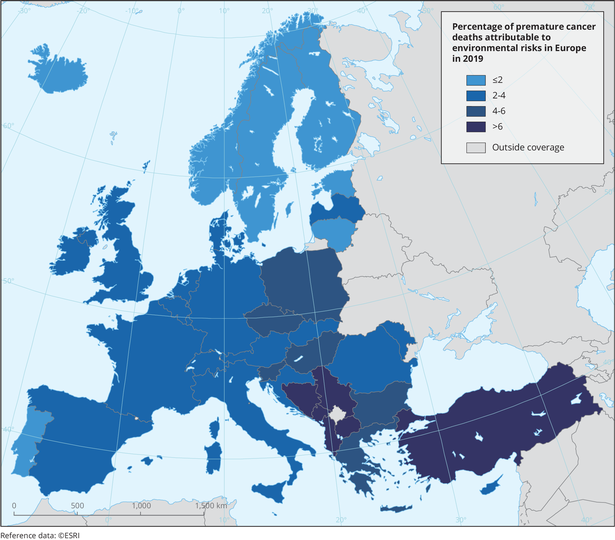 The report found that by removing pollution, cancer risks are reduced. However it also found that because cancer has long latency periods, many future cases of the disease will be caused by pollution that people are being exposed to today.

“Every year in Europe, an estimated over a quarter of a million lives are lost to environmental related cancer,” said Stella Kyriakides of the EU Commissioner for Health and Food Safety.