World Honey Bee Day, previously known as Honey Bee Awareness Day say this is not so much a day to celebrate honey bees, as it is to promote their involvement in sustainable farming. Bee lovers everywhere decorate their gardens with lavender, borage and marjoram, the bee’s knees in pollinator lures.

Besides, their delicious honey is fantastic, we enjoy it in our baking, teas, and sweets. World honey bee day encourages everyone to enjoy and buy locally grown honey. We plant wildflowers, orchards, and other flowering plants; we support pollinators such as honey bees. They rely on the nectar of a variety of plants for their survival. On the contrary, we depend on honeybees for our survival! Without their pollinating abilities, many nutritious plans wouldn’t reproduce.

With all their benefits, Honey bees do sting, but only if they perceive a threat – damage to their hive or being swatted at. Since they seek sweet nectar, sugary drinks and sweets will attract honey bees when flowers are not blooming yet.  Keep beverages covered. If a honey bee comes close, either hold still or move slowly away. The honey bee will fly along to the next sweet thing as long as it doesn’t feel threatened.

The importance of honey bees

A wise man once said “If the bee disappeared off the face of the earth, man would only have four years left to live”. Honey bees can play an huge role in producing the highest quality fruit and vegetables that we grow and consume. Honeybees aren’t just important for commercial farmers. Honeybees are also vital for successful home gardening and are necessary for the production of food for wildlife. furthermore, bees aid in the production of hay that is used for feed within the beef and dairy industries. Bee venom has medicinal properties and has been used for many diseases and treating arthritis, multiple sclerosis, fibromyalgia, cancer, epilepsy, depression, and more.

Unfortunately, bees have been dying at a terrible rate. Bees and other pollinators are under threat as other species, including habitat loss, degradation, and fragmentation; non-native species and diseases; pollution, including pesticides; and climate change.

Diseases are one the most dangerous threats to the honey bees and caused a lot of damages to these pollinators. Below we will explain how they can be harmful. 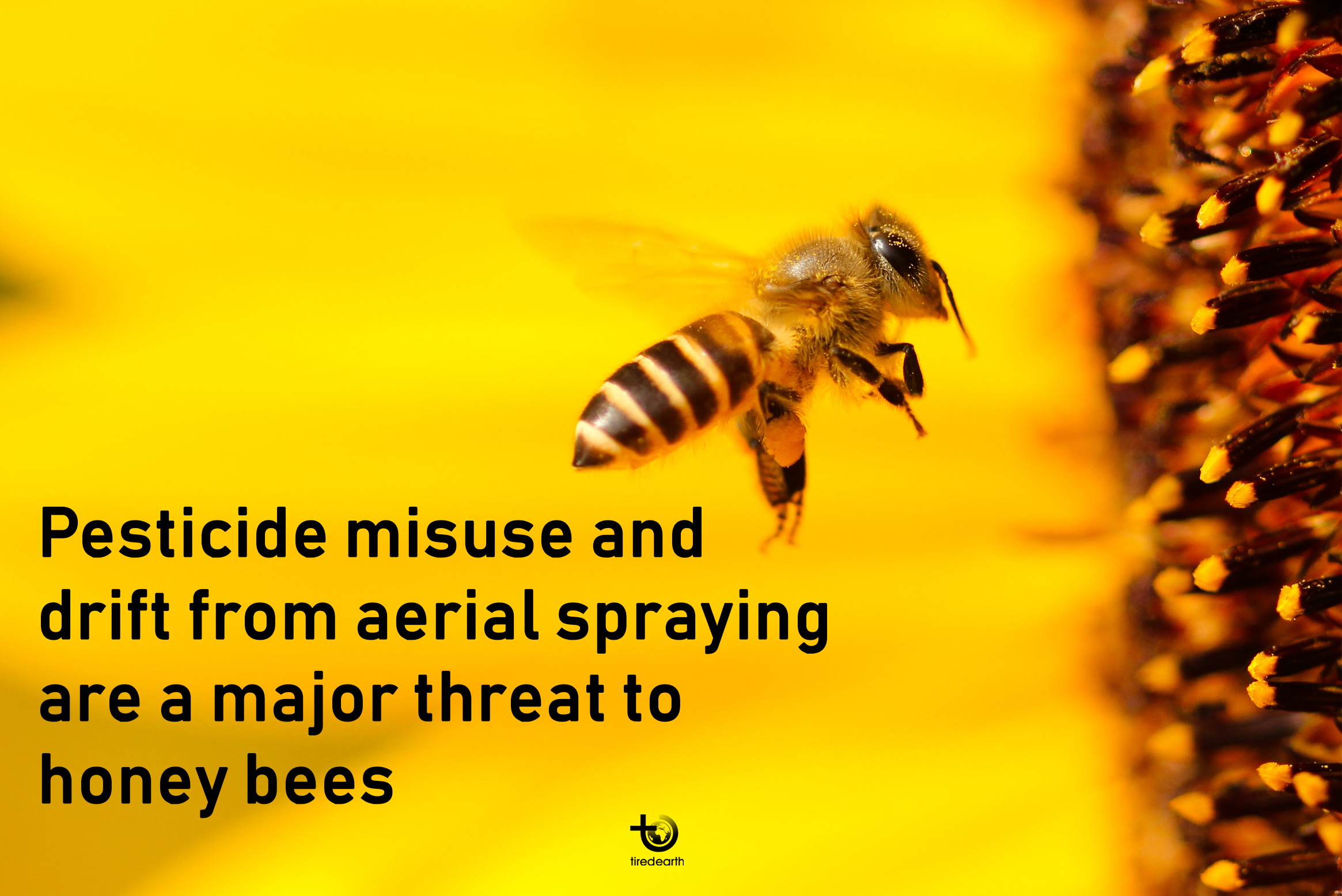 Just like human beings, bees can get sick. Diseases and parasites can be so dangerous to bees. Bees can become too weak to fly or be unable to reproduce. In some cases, becoming infected can even lead to death.

Parasitic tracheal mites are so harmful for bees. These mites are so small that they can invade a bee’s respiratory system. As the mites grow, they cut off the bee’s air supply and make it impossible for them to breathe.

The Varroa destructor is another mite that is dangerous to bees. They live on the skin of a honey bee’s body, feeding on the bee’s hemolymph. These mites could lead to Colony Collapse Disorder, which makes bees sick, disoriented and unable to find their way back home.

Some research show that some honeybee diseases can spread to wild bumblebees. It is yet unknown if they spread to solitary bees. directing honeybee health is one way beekeepers can protect wild bees as well as their hives.

Are bee diseases linked to pesticides?

The negative impacts of pesticides, on bees and other pollinators have never been disputed. Insecticides can directly kill these vital insects.

Pesticides has been produced to kill unwanted pests, but their toxic attributes and widespread use are also hurting beneficial insects such as bees.

Being a farmer isn’t easy, especially when they are trying to grow crops; it keeps getting eaten by pests. That’s why some farmers use chemicals like pesticides to protect their crops. However, sometimes, these chemicals can cause some serious health problems to insects like bees, including nervous system failure, muscle spasms or even death. Pesticides often kill directly, but sub-lethal amounts can also be harmful to bees and other pollinators by holding their ability to navigate.

In addition to pesticides, the use of herbicides in parks, streets and on roadside verges reduces the availability of forage plants that bees and other pollinating insects seek out for food at different times of the year. New research shows an increase in pesticides being found beyond the farms where the seeds are sown.

Who are responsible for this problem and remain a danger to honeybees?

According to new research, the world’s most used weedkiller damages the beneficial bacteria in the guts of honeybees and makes them more susceptive to deadly infections.

While debates still continue over the responsible for so-called colony collapse disorder — or even whether bee populations are declining at all — recent research claims that glyphosate, the active ingredient in weed killers such as Monsanto’s Roundup, could be having acute effects on bee health.