Liang Lan
Marine and Environmental Scientist
Tuna and tuna-like species are very important economically — to both developed and developing countries.

The United Nations (UN) established World Tuna Day on May 2 to raise awareness about the importance of tuna and to promote more sustainable fishing practices. It is observed for the first time in 2017.

We observe World Tuna Day to highlight the importance of sustainably managed fish stocks in achieving the 2030 Agenda for Sustainable Development.

In practice, the event aims to spread information about the possible impact of drastically declining tuna stocks and to highlight the economic and social benefits of establishing more sustainable fishing practices.
Tuna and tuna-like species are very important economically — to both developed and developing countries — and a significant source of food. They include approximately 40 species occurring in the Atlantic, Indian and Pacific Oceans and in the Mediterranean Sea.

Approximately 7 million tons of tuna and tuna-like species are landed yearly. As migratory tuna species account for 20 per cent of the value of all marine capture fisheries and over eight per cent of all globally traded seafood, the celebration by the United Nations of World Tuna Day is an important step in recognizing the critical role of tuna to sustainable development, food security, economic opportunity, and livelihoods of people around the world.

Five out of the eight tuna species are at risk of extinction, conservationists warned today, as they called for urgent action to tackle over-fishing.

The latest assessment for the International Union for Conservation of Nature (IUCN) showed that three species are threatened with global extinction, while two more will be under threat without action to help them. Bigeye tuna are vulnerable to extinction, while yellowfin and albacore tuna are close to being under threat, or will be threatened with extinction if conservation measures are not put in place to turn their fortunes around.
In recent years, the world tuna industry has undergone remarkable expansion and structural changes.  In the 1970s, the five major tuna processing countries were the United States, Japan, Spain, France and Italy.  The 1980s saw the increasing participation of Asian countries like Japan, Korea, and Taiwan.  Other Asian countries, especially the Philippines, Thailand, and Indonesia, followed suit. 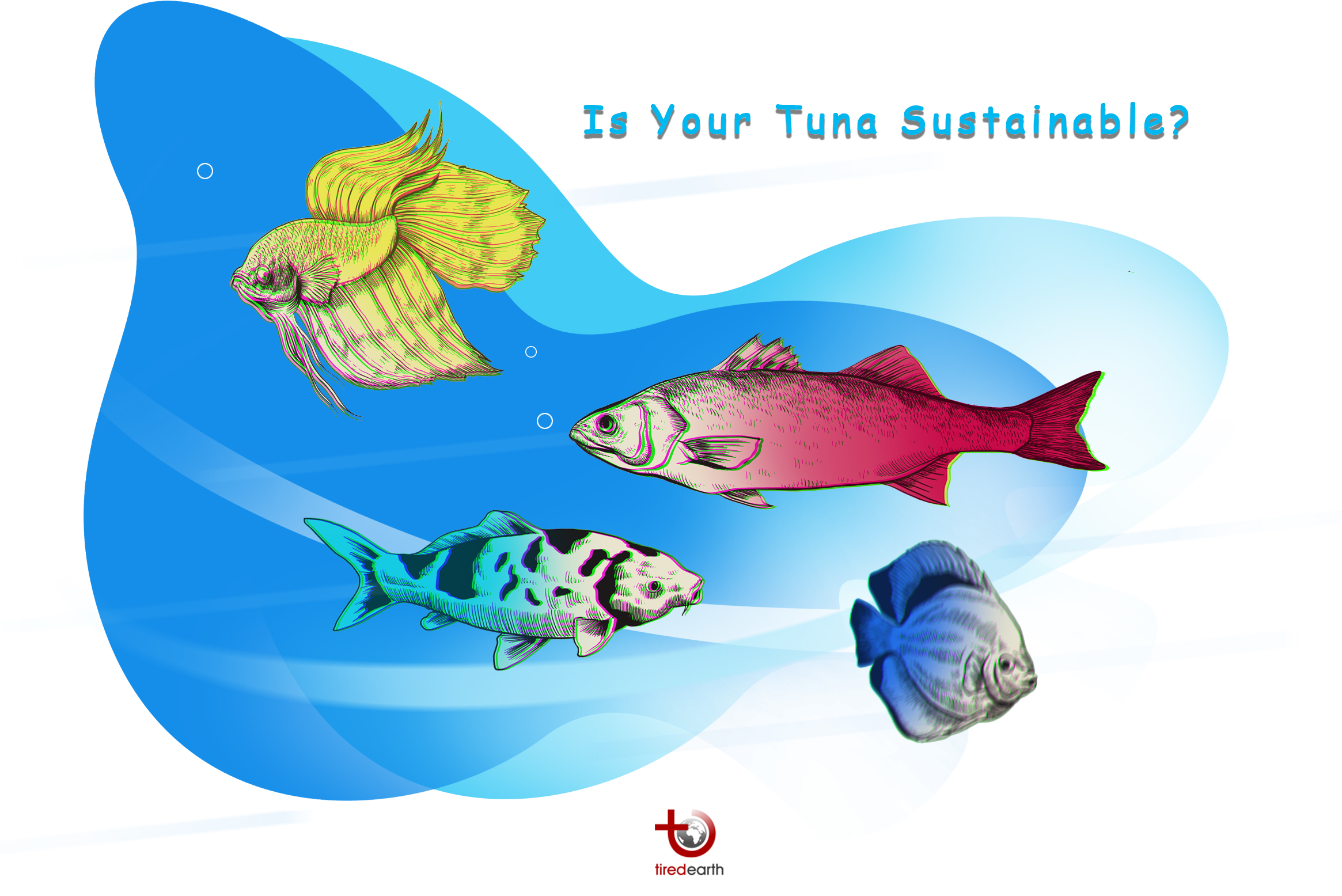 What Are the Threats?

Major threats to the survival of fish populations include overfishing, bad fishing practices, invasive species, pollution, and disease. Here we remark many threats to tuna:

For this study, researchers from the University of California at Santa Barbara, the Inter-American Tropical Tuna Commission and other organizations collected yellowfin larvae from a commercial aquaculture bloodstock which is normally exposed to pH levels between 8.27 and 7.74. That’s slightly less acidic then neutral water, which has a pH of 7, but also less acidic than many natural conditions. The larvae were taken then taken to a lab and exposed to waters with four different levels of carbon dioxide, which changed the pH. The first tank, considered the control, had a pH of 8.1. The second had a pH of 7.6, which matches global warming projections for the year 2100, while the third had a pH of 7.3, matching projections for the year 2300. A fourth pH level of 6.9 was considered the “lowest projection for the Pacific Ocean.”

All of that acid added up. The researchers found that it caused damage to the liver, kidney, pancreas, muscle tissue and eyes of the yellowfin larvae—all within a week of exposure. Their growth rates also suffered, ranging from 20 to 41 percent.

Bluefin tuna is one of nature's most successful ocean inhabitants, the biggest of the tuna and a top-of-the-food-chain fish with few natural predators. But the advent of industrial fishing methods and a taste for the species among rich sushi devotees have led to its being hunted to the brink of extinction.
Equally concerning is the fact that about 90% of specimens currently fished are young fish that have not yet reproduced.

Tuna are especially in danger because they’re in high demand. Since they sell at high market prices, there’s little external pressure to protect the population from overfishing. Tuna also have longer life spans than other fish, so they mature and reproduce at a later age. If a tuna population is dramatically reduced, then it can take a long time for it to bounce back. "All three bluefin tuna species are susceptible to collapse under continued excessive fishing pressure,” said Kent Carpenter, a manager at the IUCN and an author of the paper, in a statement.

Invasive species (also referred to as exotic, alien, or non-native species) are defined by the U.S. Fish and Wildlife Service as “infiltrators that invade ecosystems beyond their historic range”(NWRS, 2006). When introduced to a new habitat where they happen to be particularly fit for survival, invasive species quickly dominate the naturally occurring wildlife and throw the ecosystem out of balance. Because invasive species reproduce quickly, take resources from native plants, and are hard to eliminate, there are huge losses in biodiversity related to the increased introduction of nonnative species into societies. Tuna is also suffering from these invasive species and are declined every day.