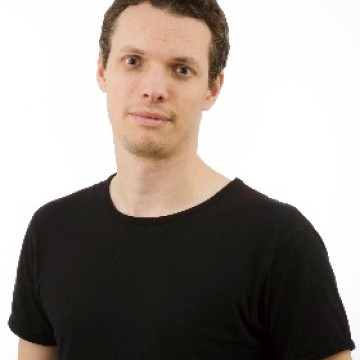 Max Loesche
Freelance positive news journalist
Large parts of the world population have experienced drastic water shortages. But companies like GivePower and their highly advanced desalination plants are about to change that!

Imagine a world where everyone has access to drinkable water! For decades, turning the oceans’ saltwater into freshwater has been regarded impossible. As a consequence, large parts of the world population have experienced drastic water shortages. But companies like GivePower and their highly advanced desalination plants are about to change that!

Water, water everywhere, and every drop to drink!

Our oceans hold around 96.5% of all the planet’s water. Unfortunately, this immense body of water cannot be consumed by us humans, due to its salinity. At least, in its natural state. And that is exactly what modern desalination technology is targeting and changing right now! Making the Earth’s saltwater accessible to us is not only vital from a nations’ thirst point of view, but also from one focusing on global warming. As the planet’s ice sheets melt ever faster, even more freshwater is lost and global sea levels are rising, slowly, but steadily. Hence, making more of that water drinkable must be considered one of our civilization’s top priorities!

GivePower, among other desalination companies, are prioritizing and the results are marvelous! Their Solar Water Farm is a “breakthrough blueprint solution for coastal areas struggling with water scarcity. With advanced filtration systems and new solar-powered desalination technology, GivePower is converting sea and brackish salt water into clean and healthy drinking water.”

The fact that this invention is not all over the conventional news is a mystery to us at All Good Newz. That’s why it’s even more fun and honorable to be able to present this article to you, dear reader! The mere thought of a world with enough water for everyone makes us shiver, in the most positive of ways! It feels almost unreal and too good to be true. But it could soon become a very feasible reality, which is absolutely fantastic. We had the privilege to send GivePower a few interview questions, which their executive director, Barrett Raftery, was kind enough to answer.

Where did the idea, the vision for GivePower , and the desalination technology originate from?

“GivePower arose from the American solar industries’ and particularly Solar City’s desire to use it immense capacity around solar energy for good. We knew from the get go, that for solar to have an impact, it needed to power something useful. From there it was only a small jump to deciding that water was the most useful thing we could do. Desalination was a natural choice, since its main input/cost is energy, and that’s our specialty.”

Modern solar desalination has the power to transform

Desalination plants like the solar water farm have the power to transform entire regions all over the world. In the case of GivePower’s pilot project, it was a Kenyan fishing village called Kiunga, located very close to the ocean’s shore. The company explains that “after the monsoon time, Kiunga is dry and parched. Community members have to travel an hour to collect the only source of water which is available, which is dirty and brackish. It is often the same water in which animals drink and bathe, and it contains contaminants and parasites that can cause terrible sickness and sometimes death.”

And so, there was a definite need and demand for GivePower’s desalination breakthrough technology in Kiunga. Due to it’s location, it was an ideal candidate for the company’s very first Solar Water Farm. When installed, the water farm can desalinate water for 35.000 people each and every day!

Can you describe the way it felt when you turned on that water tab in Kiunga for the first time? What thoughts ran through your head at that very moment?

“As a project manager, there is always a sense of relief when things finally turn on. It took us over a year to get the Kiunga project from ideation to activation, so that’s a long time to be pushing something. We picked a difficult location for the first one, a place that had a lot of reasons for water insecurity. So when the vision finally came to fruition, I think we all felt a lot of joy and relief. The community was a little shocked at first. I would say their initial reaction was a little more disbelief, even skeptical that this was real or would last. Now after over I year, they know it’s there and there to stay, so they are quite happy.”

It becomes fairly obvious that this innovative technology could be a major game changer! Villages, provinces and entire regions could benefit and bloom into new life, by having access to clean and drinkable water, provided by desalination plants.

How has the village developed since it got clean, running freshwater?

“Water is a long term game. The health and economic benefits of water are vast, but subtle. I would say that having consistent water just makes life a little easier to bear. Less sickness, less work, spending less money. The village is the same place it has always been, a community of families that have a beautiful culture and beautiful home, its just a little less hardship for them, which makes the good parts they have always had easier to enjoy.”

To be able to give so much joy and enable people to gain access to such a vital resource must be absolutely wonderful. But a lot of work remains to be done; globally, there are almost 850 million people who lack access to clean drinking water. The entire desalination technology sector will definitely have to scale up their work in the coming years and decades. GivePower has already promising and exciting things planned for the near future!

What’s the ultimate goal for GivePower?

“GivePower will continue to scale up. Within the next 3 years, we want to get to providing water to a million people per day(which requires about 40 water plants like Kiunga). We also want to work on the revenue model of our systems, to make sure they support themselves indefinitely and can work for many years to come without perpetual donation. GivePower will end up being something never heard of, a cash flow positive, environmentally sustainable, and socially just power and water utility that is distributed all around the world and serves impoverished and disenfranchised communities.”

The future promise of desalination plants is immense and All Good Newz is going to cover a lot more content related to this incredible topic! We finish off this dreamlike article with a futuristic last question to Barrett.

Given yours and other companies’ technological advances, do you consider the global water issue basically solved in the very near future?

“Technology is one part of the puzzle. We still need the right combination of education, finance, business practice and good luck to make things run indefinitely. The key for us is to address the massive size of the water problem, we have to be able to bring together the various types of skills needed to deploy and operate the technologies we are pioneering at scale. Climate change is progressing quickly, so we also need to learn and iterate quickly. It’s a complex problem that has a complex solution, but we are uncovering the clues to solving it.”
We want to thank GivePower for this incredible interview and for the absolutely amazing and powerful work they are doing. They truly and literally give power to others and it is companies like this one that are changing the world!