Hannah Steiner
marine wildlife conservation and environmental activist
World Migratory Bird Day is a two-day event annually held on the second weekend of May to highlight the need to protect migratory birds and their habitats.

Organized by the Secretariats of the Convention on the Conservation of Migratory Species of Wild Animals (CMS) and the African-Eurasian Migratory Waterbird Agreement (AEWA), World Migratory Bird Day is an annual, global awareness-raising campaign highlighting the need for the conservation of migratory birds and their habitats.

Every year, World Migratory Bird Day presents an annual theme aiming to raise awareness of issues affecting migratory birds and to inspire people and organizations around the world to take measures for their conservation. This year’s theme − “Protect Birds: Be the Solution to Plastic Pollution!” − will put the spotlight on the negative impact of plastic pollution on migratory birds and their habitats.

With an annual production of more than 300m tons, plastic is one of the most widely used materials in the world. What often escapes one’s attention is that the plastic is used for its main purpose for only a moment compared with its lifecycle of 20 to 500 years. Lightweight and designed to last, the discarded pieces are easily transported into ecosystems through the forces of nature causing serious threats to migratory species around the world.

Sadly, having wings does not help birds escape the threat of plastic. Birds with stomachs full of plastic entangled and smothered by plastic rings and nets are all too real consequences of the toll that plastic takes on wildlife.
The number of seabirds dying from the effects of plastic every year is currently 1 million and growing. Existing research pinpoints the urgency of the matter: not only do 90 per cent of seabirds have plastic in their guts, but this proportion will reach 99 per cent by 2050. 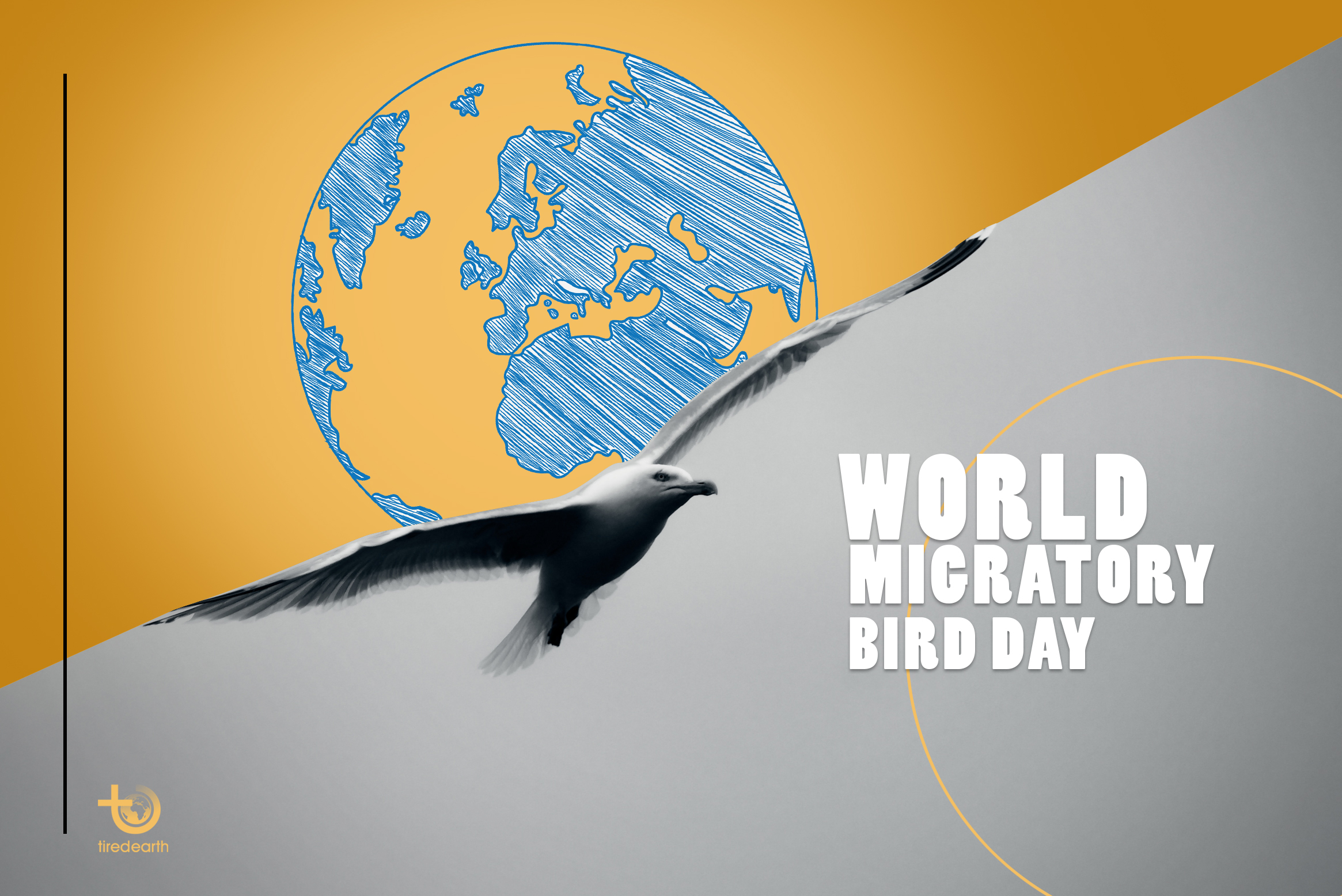 Why Do Birds Migrate?

Birds that nest in the Northern Hemisphere tend to migrate northward in the spring to take advantage of burgeoning insect populations, budding plants and an abundance of nesting locations. As winter approaches and the availability of insects and other food drops, the birds move south again. Escaping the cold is a motivating factor but many species, including hummingbirds, can withstand freezing temperatures as long as an adequate supply of food is available.

Some threats to migratory birds

The most common and most deadly threats to migratory birds include:

Pollution such as lead poisoning or oil spills is not only harmful to locally affected birds, but to migratory birds as well. Polluted habitats provide less food, and birds that ingest toxins during migration may continue to suffer from the poisonous effects longer after leaving the area. Furthermore, heavy pollution will reduce suitable habitat, making it more difficult for birds to complete their migration successfully.

Many hunting seasons coincide with migration periods, making this perilous time even more threatening for birds. Illegal hunting and poaching are also a threat at this time. Even legitimate, experienced hunters may make mistakes and inadvertently shoot protected birds that they have misidentified in flight.

Inadequate food supplies cause starvation among migrating birds every year. This may be caused by habitat destruction that effectively strands migrating birds without food along their route, or it can be due to greater feeding competition among large flocks of migratory birds.

Tens of thousands of migrating birds collide with obstacles in mid-flight during both spring and fall migrations, and the majority of these collisions cause fatal injuries. Even if the birds are not killed on impact, stunned birds are more susceptible to predators. The most common dangerous obstacles include tall glass buildings, electrical wires and poles, wind turbines, and similar structures.