International Cat Day is a full 24 hours of recognition and veneration of one of humanity’s oldest and most beloved pets.

The festivities were put together for the first time in 2002 by IFAW, the International Fund for Animal Welfare, among other animal rights groups, to celebrate the most popular pet on the planet.
An estimated 500 million cats are thought to be frolicking in neighbors’ gardens across the world, which means that most every extended family is bound to have an aunt with more kittens than former husbands, whatever the country or climate. And that’s great, because owning a cat has been shown to improve mental health and to relieve stress, anxiety and depression. So when it’s raining cats and dogs outside and you don’t have someone to cuddle with, any black, ginger, Persian, Siamese, Burmese, Bengal, Shorthair, Munchkin, Balinese, RagaMuffin or any old stray cat will do the trick.
World Wildlife Day will be celebrated in 2018 under the theme “Big cats: predators under threat".
History of international cat day
For many years, scientists have been trying to find out how exactly cats came to be and it seems like they have recently solved that conundrum. A wildcat was buried near the corpse of a person in Cyprus who lived approximately 9,500 years ago. That suggests that humans may have had a relationship with cats that go back a lot further than initially thought. Scientists believe that cat ownership can be traced all the way back to central China, about 5,500 years ago.
Although farming was being done by human beings long before that, it is believed that around this time agriculture really took off. However, with agriculture there came grain surpluses, and with grain surpluses came rodents. Rodents that would eat all of the grain which at the time was mostly millet or rice. To combat these rodent infestations, farmers began to domesticate wildcats. This was beneficial to both the wildcats and the farmers. The wildcats got fed and got a warm place to sleep and farmers got rid of the rodents and got companionship. Over the years, these wildcats began to evolve into all the varieties of cats we love today. However, humans honoring these creatures for their contribution to modern society wouldn’t come until the beginning of the 21st century.
Interesting facts about cats
Worldwide there are about 60 cat breeds known, whilst the European shorthair is the most spread one. The mysterious nature of cats let people come up with many cat related sayings and fairy tales. Cats are considered a very clever, patiently awaiting, and sometimes even evil, unthankful and egoistic character, who loves to hunt. Popular examples for that is the idiom and characters like the "Puss in Boots" and the "Cheshire Cat" from Alice's Adventures in Wonderland.
Not only in the Western society the World Cat Day and cats themselves are popular, loved and appreciated. Like in Japan in many households and entries, there is the “Maneki Neko”, an artificial white cat with a collar and red inner ears. It sits and becks with its paw. Being the reincarnated
Goddess of mercy she is supposed to bring luck to their owners and keep away harm. 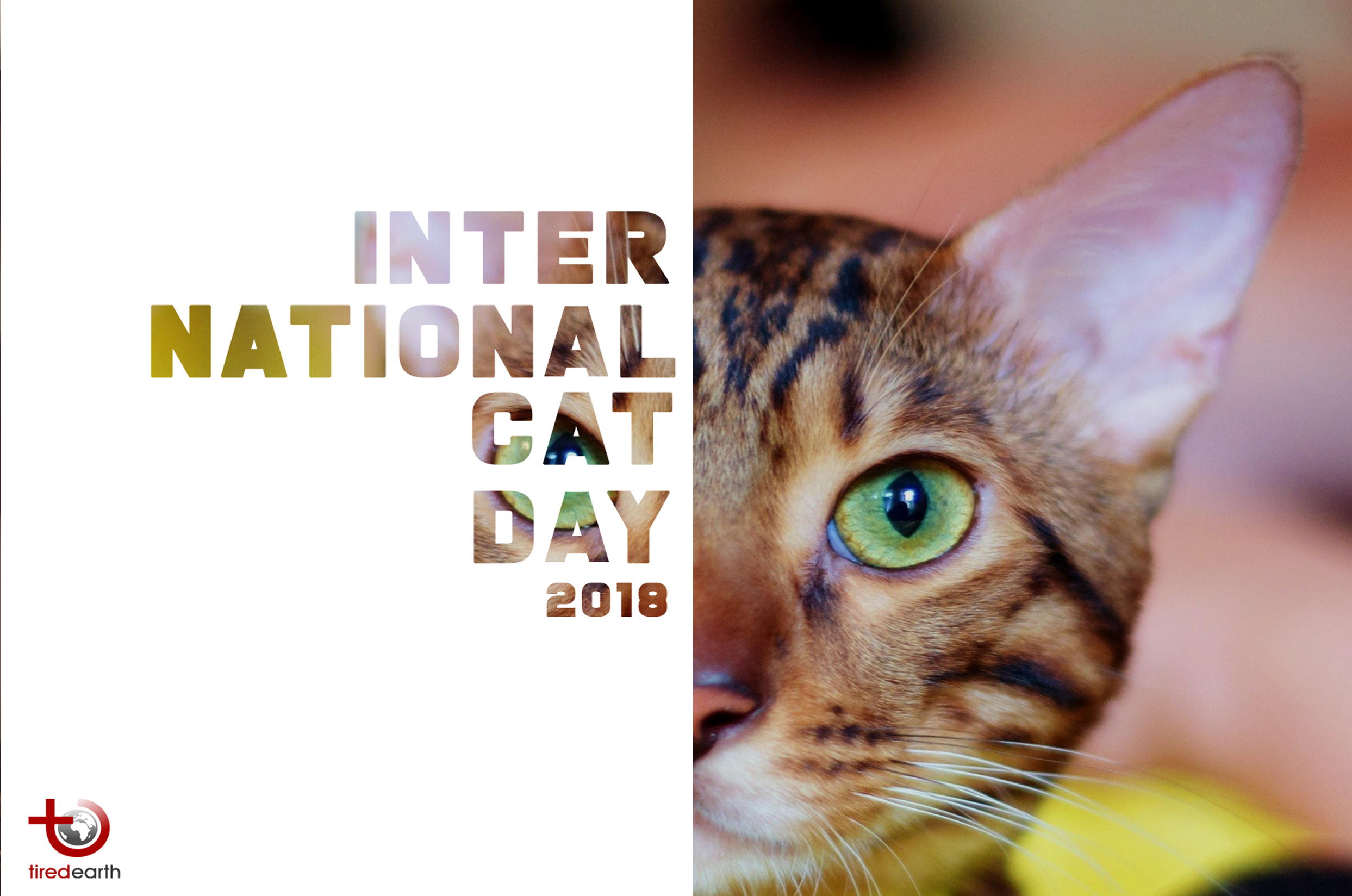 Relationship between cats and humans
Cats accompany humans for thousands of years. They are pets, that are not used for any kind of work or economic reasons, which makes the connection between humans and cats so extraordinary. The character of a cat is said to be idiosyncratic, farouche and independent, which makes them hard to train. But nonetheless cats always keep in touch with humans, when they were tamed once und quiet often the connection between the animal owner and the pet is very emotional. Whether this is a one-way love or not caused debates among animal friends.
Children, cats, and allergies
When it comes to cats and allergies, there’s good news and bad news for pet lovers.

A recent report in the journal Pediatrics finds that babies who grow up in homes with a dog or a cat are less likely to get sick than children who live in homes without pets. But those who lived with a dog fared better.

Researchers think that exposure to pet dander and the microbes that pets bring from the outdoors into the house could prime babies’ still-developing immune systems and train them early to ward off onslaughts from common allergens and even other bacteria and viruses.
Researchers studied 397 children who were born in Finland between 2002 and 2005. Overall, babies who lived with a dog were 31 percent more likely to be healthy in their first year than babies without a dog, while children in homes with cats were only 6 percent more likely to be healthy than those in cat-free families.
So why do we have cats?
There are many demonstrated benefits to cat ownership, not the least of which may be simple happiness. Studies have shown that cats have some interesting health benefits that we are going to talk about:
Health benefits of owning a cat
1. Lowers blood pressure: Cat owners are known to have lower blood pressure than non-cat owners due to the calming presence cats provide. One study was conducted with a room full of cat owners. 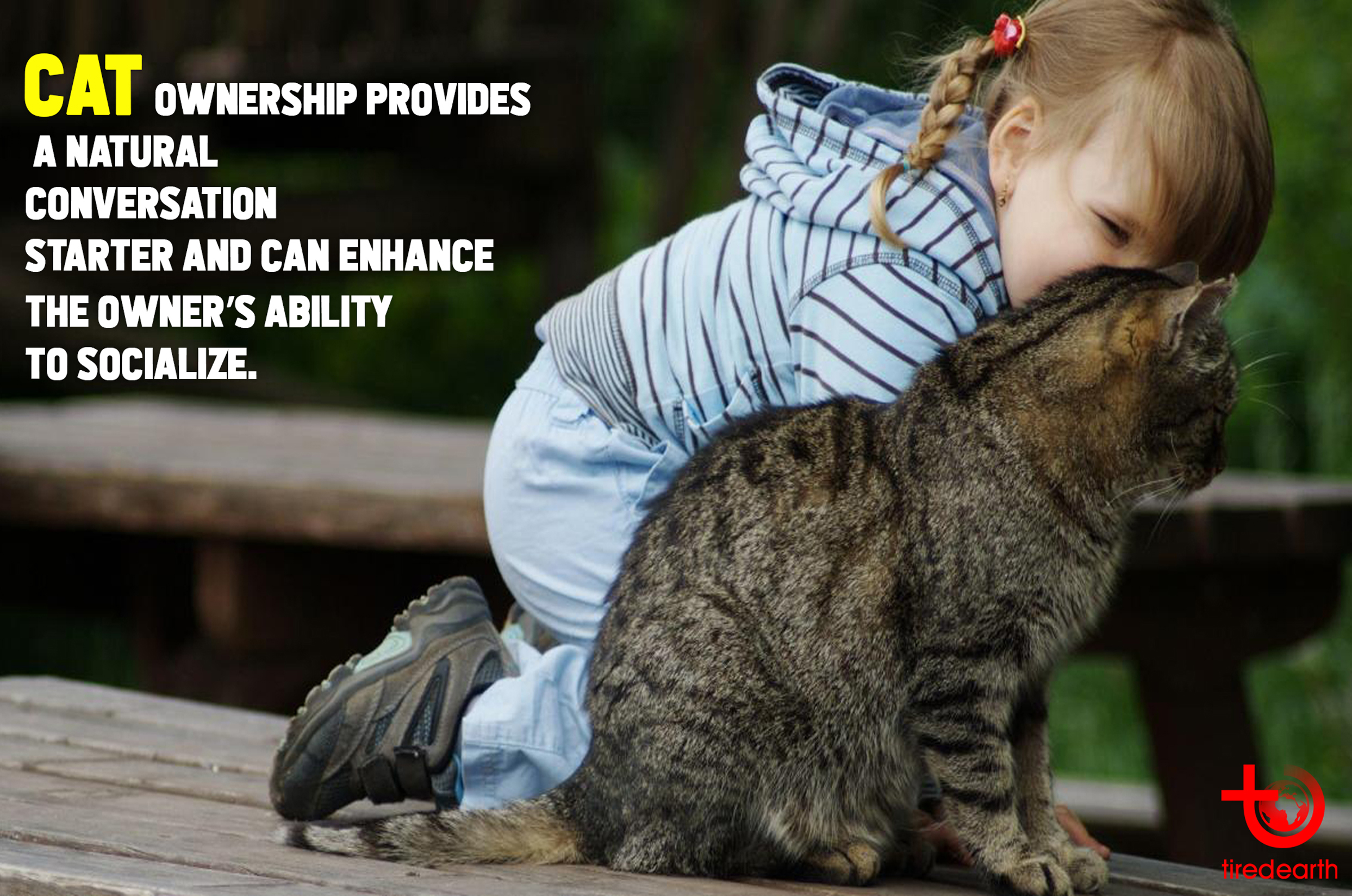 2. Boosts immunity: Exposure to pet dander and fur in the house results in increased resistance to allergens, decreasing risk for allergies and asthma.
3. Decreases risk of stroke: Studies show that cat owners are less likely to be at risk for having a stroke than any other pet owner. Scientists speculate this is also because of a cat’s low-maintenance ownership.
4. They reduce overall stress: You know that happy, calm feeling you get when you spend some time cuddling and petting your cat? Well that’s actually caused by a release of oxytocin and other pleasure-related chemicals in the brain, which then cause your body to feel more calm and peaceful, reducing stress and even helping lower blood pressure. This is the biggest and best health benefit of cats!
All that being said, we can understand having cat Not only makes pet lovers happy but also it has some advantages for their health which makes more sense to keep a cat.
Religions’ point of view and Cat
Cat in the Talmud
By the time we get to the Talmud (Greco-Roman period) there is mention of house cats who are honored as teachers of virtue. We are told that if God had not given us the Torah, then we would have learned modesty from the cat.  (Eruvin 100b)  This is probably the most-often-quoted Jewish reference to cats -- and it is very positive.  Rashi, a major 9th-century commentator, interprets the cat's "modesty" as referring to her habit of burying her feces.  But other interpretations also exist, so feel free to develop your own.  For myself, I think her "modesty" is the reserved habit cats have of sitting back and observing things first.  They certainly don't come pouncing on strangers like some dogs do! 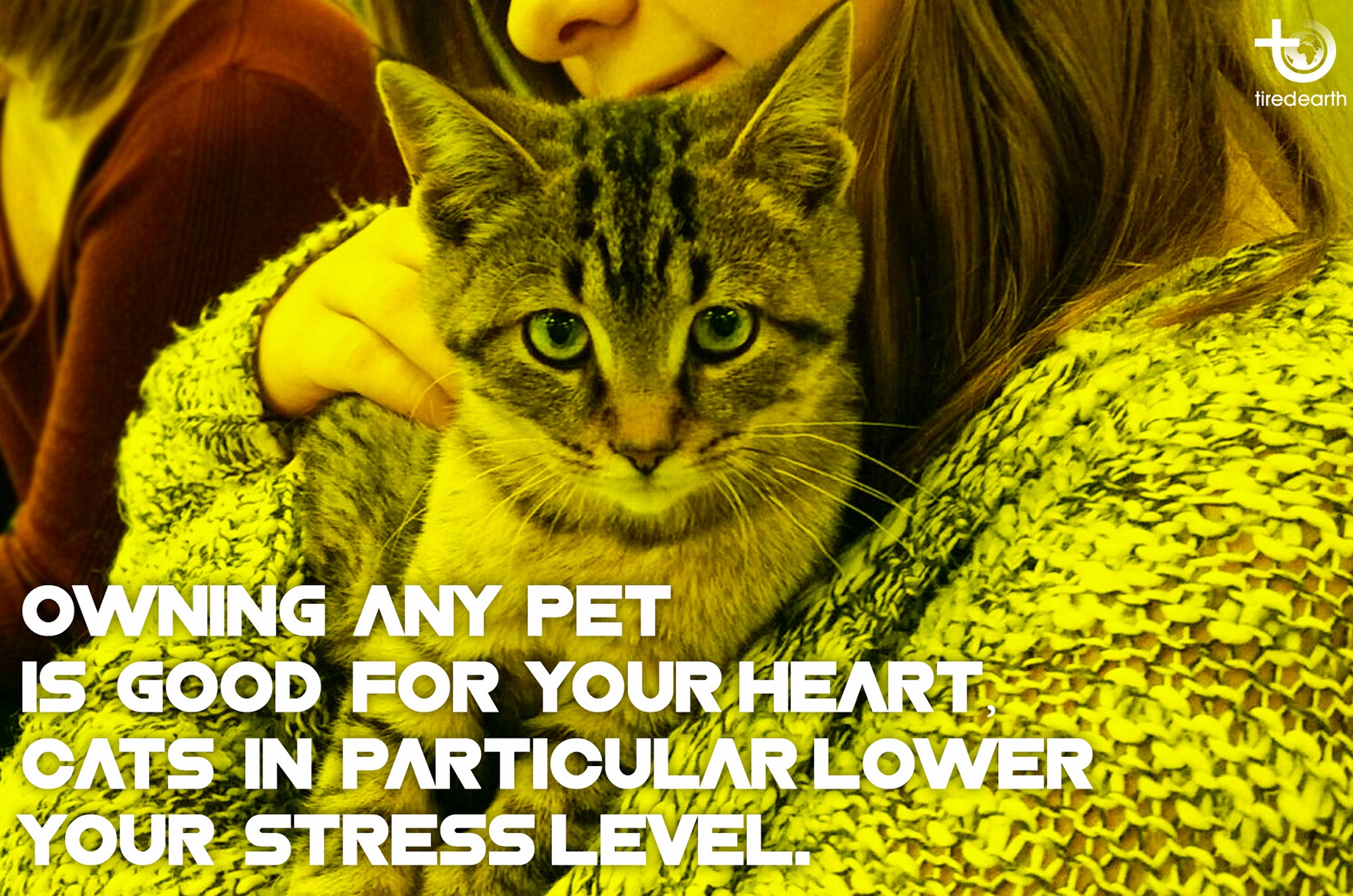 Christianity and cat
Interesting enough there is no reference of any cats in the Bible.
In “The Gospel of the Holy Twelve” there are two stories concerning Jesus and cats,
As Jesus passed through a certain village he saw a crowd of idlers of the baser sort, and they were tormenting a cat which they had found and shamefully treating it. And Jesus commanded them to desist and began to reason with them, but they would have none of his words, and reviled him.

Then he made a whip of knotted cords and drove them away, saying; this earth which my Father-Mother made for joy and gladness, ye have made into the lowest hell with your deeds of violence and cruelty; and they fled before his face.

AND as Jesus entered into a certain village he saw a young cat which had none to care for her, and she was hungry and cried unto him, and he took her up, and put her inside his garment, and she lay in his bosom.
And when he came into the village he set food and drink before the cat, and she ate and drank, and showed thanks unto him. And he gave her unto one of his disciples, who was a widow, whose name was Lorenza, and she took care of her.
And some of the people said, This man careth for all creatures, are they his brothers and sisters that he should love them? And he said unto them, “Verily these are your fellow creatures of the great Household of God, yea, they are your brethren and sisters, having the same breath of life in the Eternal.”
Islam and cat
The domestic cat is a revered animal in Islam. Admired for its cleanliness as well as for being loved by the Islamic prophet Muhammad, the cat is considered "the quintessential pet" by Muslims. Islam teaches Muslims to treat cats well and that the cat is a creature to be cherished and loved.

Mistreating a cat is regarded as a severe sin in Islam.

An example as to how Muslims are punished for mistreating cats can be found in the ahadith (oral traditions telling the story of the Prophet Mohammed (SAW) and which have been recorded in writing). When a woman kept a cat locked up and failed to feed the cat until the cat died, the woman was tortured and “put to hell.
It is believed that you will suffer no harm if you drink from the cat’s water provided no impurities are seen in the cat’s mouth. In another story from the ahadith, it is stated that a when a cat ate a pudding put down during prayers, the person who was in charge of the pudding ate from the same place as the cat and Prophet Muhammad (SAW) said this was alright as the cat is not unclean and is “one of those who go around amongst us”.
Islam teaches Muslims that, in relation to a cat:

However, all popular religions respect cats and request their followers to treat respectful these cute animals. Mistreating is also prohibited and is a sin specially in Islam.