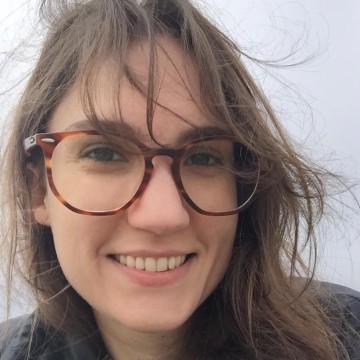 Tell us about the 2023 Wild & Scenic Film Festival.

For 21 years, the Wild & Scenic Film Festival has been inspiring environmental activism and a love for nature through film. One of the United States' premier environmental and adventure film festivals, Wild & Scenic combines stellar filmmaking, beautiful cinematography, and first-rate storytelling to inform, inspire, and ignite solutions to restore the earth and human communities while creating a positive future for the next generations.

Our 5-day flagship festival is held annually in Nevada City and Grass Valley, California. The festival is the largest annual fundraiser for the South Yuba River Citizens League (SYRCL), an environmental nonprofit whose mission is to protect and restore the Yuba River Watershed. SYRCL works year-round in restoration projects, such as repairing critical fish habitat in the lower Yuba River destroyed by hydraulic gold mining during the gold rush and restoring headwater meadows that have been degraded by past overgrazing and development. SYRCL also works as part of the North Yuba Forest Partnership to help mitigate the potential of catastrophic wildfires and provides several educational opportunities for youth in the area.

What was the vision for starting this Film Festival and when did it launch?

The Wild & Scenic Film Festival is produced by the South Yuba River Citizens League (SYRCL). The nonprofit was founded in 1983 by grassroots activists determined to protect the South Yuba River from dams. Ultimately, under California's Wild and Scenic Rivers Act, SYRCL won permanent protection for 39 miles of the South Yuba River. To celebrate this victory, in 2002, SYRCL put together a community event and screened environmental films to encourage people to learn more and get inspired to continue the good fight.

As the festival grew in size and prestige, it has become not only the nonprofit's primary fundraiser but a significant and beloved seasonal event, attracting thousands of people every year to the Sierra Nevada Foothills and helping businesses to stay alive during a time which is often a slow period in our area.

After our flagship festival in February, we take Wild & Scenic On Tour, partnering with groups that are working to protect and restore the important places in their communities. Globally, we help generate critical funds and increase awareness for grassroots environmental causes.

Tell us about the lineup of films featured at the festival this year.

Centered on the theme of commUNITY, this year's films highlight the interconnectedness of all the Earth's systems and inhabitants, as well as the power of collaboration and community engagement in helping to nurture and protect the planet we call home.
The 2023 program explores issues related to environmental justice, climate change, community activism, and wildlife through stories of heart-pounding adventure, individual perseverance, and community collaboration. Our filmmakers are activists, change-makers, and storytellers, who inspire the audience by bringing unprecedented perspectives from the frontlines of those pressing issues.

This year's lineup features many stories of traditionally overlooked populations, including films centered on LGBTQ, BIPOC, and Disability communities. We are also thrilled to offer six unique sessions with open captions (where captions are present on all films) to make this year's festival more accessible and inclusive as we work on expanding these offerings.

What is the process of selecting films that are featured at the festival?

Our process is very consensus-based. Even when we see films at other festivals or private screenings and get excited about having them playing at Wild & Scenic, we always solicit a screening link before making an invitation. We are very attentive to what our film committee – composed of filmmakers, programmers, and cinephiles with distinct backgrounds – has to say about each film. We strive to have diverse perspectives and avoid potential unconscious bias.

Has there been increased interest in making environmental films during the past years? If so, who is making such films?

Absolutely. Documentaries, in general, have seen a spike in the public interest. This is easily seen when we analyze the number of nonfiction films produced, financed, and/or distributed by the streaming platforms. Social media and the abundance of content have also connected everyone more to what happens not only around them but also in other parts of the world. Therefore, it is only logical that they want to learn more about the environment and what is currently threatening our planet. Thanks to that interest, even the traditional media has come on board to create stories that matter and result in environmental and social impact.
This year we received the highest number of submissions ever. The quality of the films we are able to screen is also something we are proud of. Selecting the 128 titles that compose our 2023 lineup took a lot of work because there were so many great stories to choose from.

Where are such films distributed?

While previously, these kinds of films would often have a good festival run but struggle to find distribution, the upsurge in interest in topics related to social and environmental issues and the democratization of the means of distribution has helped these titles to find a home. Some of these platforms are streaming ones that only distribute documentaries and are niched to social and environmental impact titles.

Another way these films often find distribution is through festivals like Wild & Scenic. In our case, we select films to go on tour every year after the flagship festival in February. The chosen films become part of our film library and are screened around the country increasing exposure and opportunities for distribution, as well as audience awareness.

Is there institutional interest from Universities, Museums, United Nations, Non-Governmental Entities for distributing these films?
Yes, there certainly is. As I mentioned before, our festival has a traveling component. The way we operate is through partnerships with host organizations. The Wild & Scenic Film Festival On Tour is hosted by various nonprofits, universities, museums, and businesses. Each creates unique film festivals in their communities and uses the event to raise funds, reach new contacts, and increase awareness of local issues.

After two years of gathering virtually, the WSFF team anticipates returning to in-person festivities and uniting our community around this special event and its many incredible stories and lessons.

We are also happy to offer a virtual component for those who cannot join us in person. The virtual festival will have ten film sessions that attendees can enjoy from the comfort of their homes. All titles will be available to the U.S., and some worldwide via the Eventive platform.

How can people reach you?

More information about the Wild & Scenic Film Festival and the 2023 season can be found at wildandscenicfilmfestival.org. Festival Passes and Tickets are available for purchase at wsff.eventive.org. Current SYRCL members get a special discount code. To become a member and help support SYRCL's year-round conservation projects, go to yubariver.org/unite/membership/.