Global climate change has already had observable effects on the environment. Glaciers have shrunk, ice on rivers and lakes is breaking up earlier, plant and animal ranges have shifted and trees are flowering sooner.

Effects that scientists had predicted in the past would result from global climate change are now occurring: loss of sea ice, accelerated sea level rise and longer, more intense heat waves. However, how much climate change is real and is in a crusial level? Here, we have had an interview with one of the famous environmental experts, Alexander Verbeek, about this issue.

1. How much is climate change at crisis level as broadcasts are addressing?

There are 7.5 billion of us living together on a tiny, isolated planet in a vast universe. You could say that we are marooned on this island in space, but I can't think of a better paradise in which to live. Everything we could possibly need is provided. Not just the essentials like water and food, but nature in all of its spectacular glory which we share with millions of beautiful plants, trees and animals. We are at just the right distance from the sun, so it's not too hot like Venus, or too cold like many other planets. For hundreds of thousands of years we lived in balance with nature. Then we started to make life even better for ourselves. We built pyramids in Egypt, and soon after we all had a smartphone in our pocket. But while we focused on the spectacular growth, we forgot about the damage it was causing to the environment. Greenhouse gasses where seen as somebody else’s problem to deal with, in another time, and in another place. A challenge for another generation. Now we have reached the point where we can’t wait any longer. Very soon we risk our spectacular progress being undone by the impact of extreme weather, sea level rise, water and food shortages, and a loss of that beautiful biodiversity. What we witness today is only the beginning of an unimaginable change of our living conditions that we will experience if we don’t change course now. We know the science, we know the solutions, and we know that the cost of not taking action now is so much less than the cost of taking action later. We can’t wait another day to start saving this small, isolated paradise-like planet. 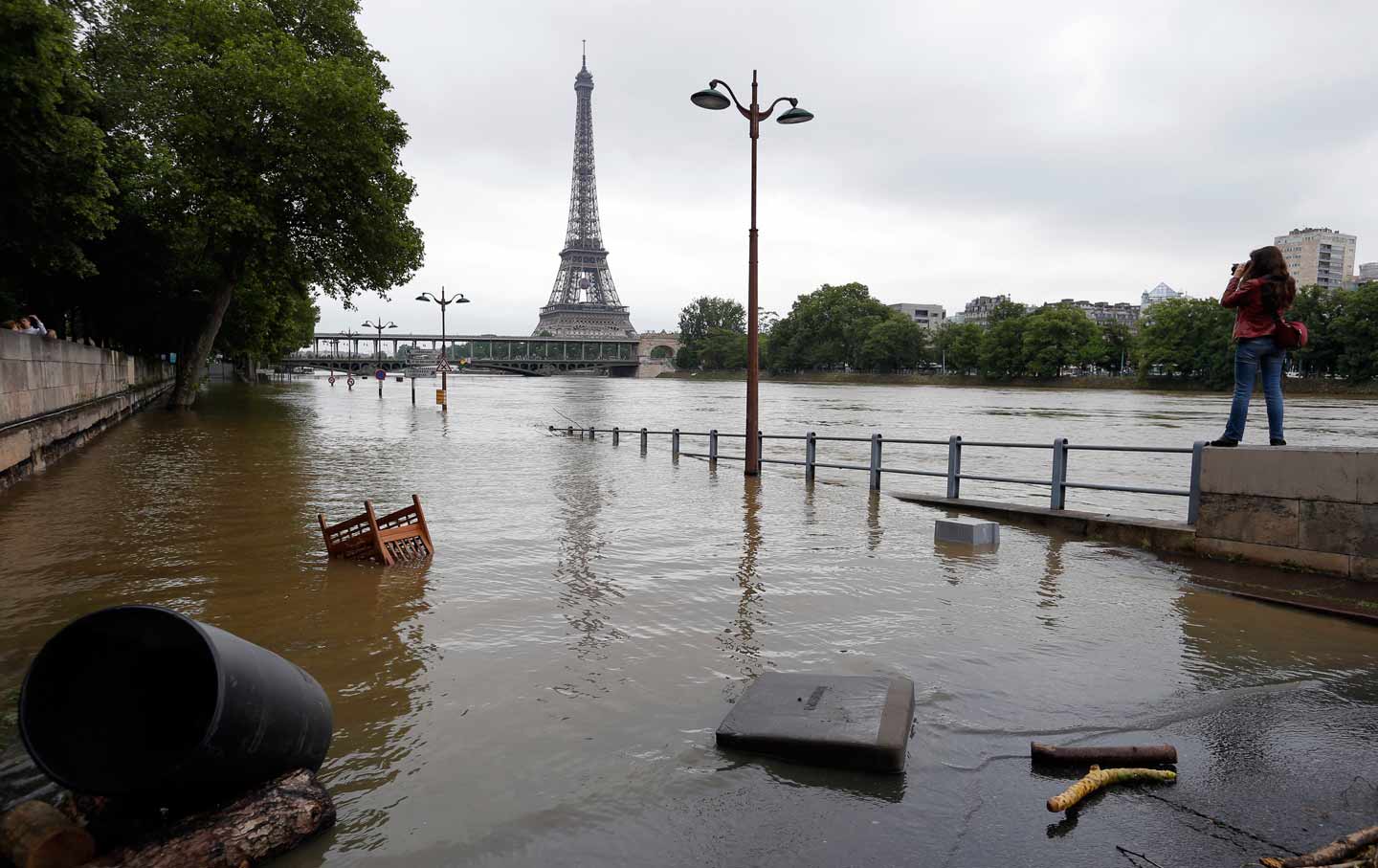 2) What is your suggestion for next generations to tackle the effects of climate change?

On 20 August 2018, 15-year old Greta Thunberg decided to skip school, painted on a board that she would be on strike for the climate, and sat down in front of the Swedish parliament. The first day she was all alone, nobody that she had asked wanted to join her. But she believed in her cause, and over the next few days young people started to join her. I live just a ten minute walk from where she was sitting, often in harsh winter weather, and witnessed the protests growing. Now nine months later we have beheld the birth of a worldwide movement. Some 1.5 million students from around the globe joined her on 15th March 2019 in the ‘Fridays for Future’ strikes. I wonder if the world has ever seen a bigger protest. You can join this movement. I believe all young people should, because if ever a generation had its future at stake it is your generation. And there is so much more you can do. Make the right choices about flying less and eating less meat. More importantly: vote for a candidate that acts on the scientific facts. But if you read this text, you are likely to become part of the very small group of your generation that will lead a life where you can be a change leader. Study what you are good at, and at what you enjoy. Whatever you will do in your life, try to make a change for the better. If you want to become an engineer, build sustainable houses, cities and infrastructure. If you want to become an artist, use your talents to raise awareness. If you want to work in business, make business sustainable. And if you want to become a political leader, make sure that we reduce the emissions of greenhouse gasses as quickly as possible. Soon your generation takes over from mine. We failed on the environment. Please show us that you have learned from our mistakes and give all of us the future that we really want.

3) In your opinion, what actions need to be taken to combat climate change?

Just 100 companies in the world are responsible for more than 70 percent of the greenhouse gas emissions. I would say that this is a good place to start. But will these companies just stop emitting as soon as they realize that they are destroying the only planet that we have? Unlikely. Especially when quite a few of them knew earlier than any government in the world that their activities would destroy our stable climate. Instead of warning the world, they not just decided to stay quiet but they even actively started to create confusion about the science. Suppose you knew that the bridge in your city was about to collapse, and you decide to invite more cars and people onto that bridge to increase your profits at your lemonade shack next to the bridge? Interesting legal case? Many of these corporations are bigger and more powerful than national governments. In some countries money can buy political influence, which makes the government a tool in the hands of corporations, instead of the people. So if you would like to combat climate change, a good place to start is to strengthen governance. Voting, for those in the world that live in a normal functioning democracy, is a powerful tool. And when speaking of climate action, there is always the question about the individual actions you can take. Let’s be clear: shorter showers do help. But if the world were to stop showering, we would still have a climate change problem. Please avoid projecting your climate change fears on your friend who showers longer than you, who eats more meat or who flies more than you. Yes, you do score more points on that moral scale of yours, but no, you picked the wrong fight. We need to keep our eyes on the ball and change the whole system. We need to stop growth, or at least redefine it, we have to embrace sustainability, a circular economy, we need to measure progress differently and ask ourselves what makes us truly happy. The UN Global Goals form a good framework for a more sustainable, equal, healthier, and just planet. And as a last one, have a look at all the proposed measures in the Drawdown project. Family planning and educating girls may be some of the unexpected solutions that should be part of our strategy to fight climate change.