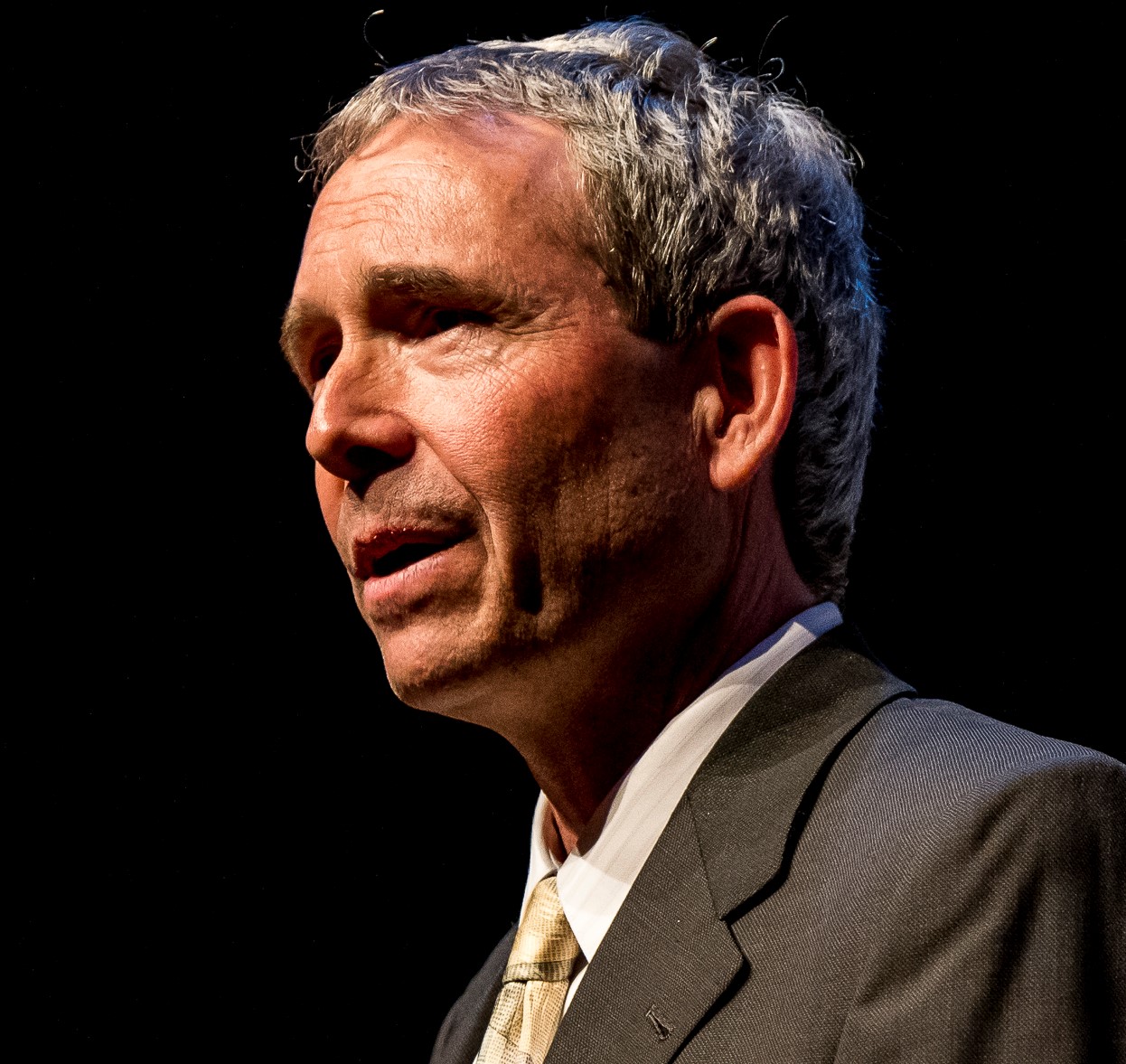 Patrick Hamilton
Director of Global Change Initiatives, Science Museum of Minnesota
The Science Museum has eliminated the use of disposable plastic tableware from its food service and replaced them with reusable plates, glassware, knives, forks and spoons.

When did the Science Museum of Minnesota get involved in climate change related issues?

The Science Museum of Minnesota’s involvement with climate change began in the 1990s with its Green Street exhibit (1994-1999) about urban energy and environmental issues that made the museum for several years home to the largest solar PV array in the state of Minnesota. Shortly after the opening of Green Street, the museum produced and opened its Wind Power Live! exhibit (1996-1999) about the rise of wind-generated electricity in Minnesota.

The first exhibit at the museum wholly devoted to climate change was in 2001 with Polar Thaw – a temporary display of images by the photographer Gary Braasch about global warming in the Arctic and Antarctic. Shortly after Polar Thaw, the museum in 2002 broke ground on its property for the construction of a small, stand-alone building to serve as the headquarters for a future outdoor environmental park. Completed in 2003, Science House was one of first buildings in Minnesota to generate as much energy as it consumed on an annual basis through the integration of a PV-integrated solar roof with ground-source heating and cooling.

With funding from the National Science Foundation, the Science Museum in 2008 in collaboration with six NSF-funded Science and Technology Centers around the U.S. began developing a suite of deliverables on the theme of the Anthropocene epoch; that is, humanity now as the dominant agent of global change. The deliverables included the 3,500 square-foot Future Earth exhibit that opened at the museum in 2012, short films about the Anthropocene for Science on a Sphere – a spherical projection system developed and support by NOAA, the National Oceanic and Atmospheric Administration, and youth programs and activities that engaged them with the exhibit and environmental STEM careers.

In 2012, the Science Museum drafted and adopted its first public statement on climate change. This statement resided on the museum’s website and was displayed in the museum’s lobby until it was updated and replaced with a new, more action oriented statement that was approved by the museum’s board of trustees in March 2021 (https://new.smm.org/climate-change).

This year The International Committee for Museums and Collections of Science and Technology (CIMUSET) which is a scientific committee of the International Council of Museums (ICOM) during its 48th #CIMUSET Annual Conference: “Museums & Environmental Concerns, New Insights” -7-11 November 2021, will address our planet's environmental concerns and how Science and Technology museums can approach and present this important issue via education and exhibitions. What programs have you instituted at your Museum addressing climate change?

Recognizing that the energy used to heat, cool and power buildings is significant source of the carbon emissions driving climate change, the Science Museum in 2013 began a major retrofit of its facility. Specifically, it installed two heat recovery chillers that enable the museum to reclaim heat energy previously rejected from its building and to use this recovered heat energy to warm the fresh but cold air brought into the building during the heating season. Advanced heat recovery reduced the museum’s carbon emissions by one third and cut its heating expenses by $300,000 annually.

Encouraged by its success with advanced heat recovery and other energy efficiency measures that have reduced electricity use for eleven years in a row, the Science Museum in 2019 adopted the goal of reducing its carbon emissions by 50 percent by 2030 if not sooner and to achieve carbon neutrality by 2050 at the latest. By signing a subscription agreement in March 2021 with its electric utility for 100 percent carbon-free wind-generated electricity, the museum was able to achieve its 2030 carbon emissions reduction goal nine years ahead of schedule.

The museum now is in the midst of an engineering study to determine the feasibility of integrating a new approach to using the earth to heat and cool buildings into its heating, ventilation and air conditioning systems. The energy required to cool the museum now is one of its largest sources of carbon emissions. The museum sees advanced aquifer heat transfer as having significant potential to further markedly reduce the museum’s carbon emissions due the energy demands of cooling its facility.

In the last few decades, the degradation of our environment with increased global warming, deforestation, pollution, increased carbon footprint, ozone layer depletion, natural resource depletion, loss of endangered species, urban sprawl has gone up at an alarming rate. The worldwide covid-19 pandemic has also added to plastic pollution stemming from single use plastic equipment that are dumped into our world's wetlands, oceans and landfills. Does the Museum have any plastic pollution related initiatives?

The Science Museum has eliminated the use of disposable plastic tableware from its food service and replaced them with reusable plates, glassware, knives, forks and spoons.

What partnerships does the Museum have concerning Climate Change? Does the Museum partner with the United Nations and get involved in COP15, COP26 etc.?

The Science Museum has been represented at COP21, COP23, COP24, COP25 by Patrick Hamilton, its Director of Global Change Initiatives, and anticipates that it will send Mr. Hamilton to the COP26 meeting in Glasgow in November 2021, assuming that this meeting takes place as currently expected. Mr. Hamilton also represents The Science Museum on the advisory committee of America Is All In and has served since 2013 on the planning committee of the Minnesota Climate Adaptation Partnership and is a fellow of the University of Minnesota’s Institute on the Environment.

Tell us about the Museum’s initiatives concerning America is All In https://www.americaisallin.com/whos-in/

The Science Museum of Minnesota is represented on the America Is All In advisory committee by Patrick Hamilton, who also served on the leadership circle of the predecessor organization – We Are Still In. The Science Museum has been active in reaching out and encouraging other cultural organizations to sign on to America Is All In and to craft and adopt their own climate change statements and climate action plans.

Science is critical to the world. How can people get more involved in the Museum's science-forward policies and programs concerning climate change? For example, does the Museum have digitally distributed programs for people from all over the world can access?

As our new climate change statement declares, “the Science Museum of Minnesota commits to being a resource on climate change and a hub for climate action. We encourage people to reach out to us with ideas for how the museum can exemplify and champion the changes we all want to see. The Science Museum of Minnesota’s LEARN FROM HOME (https://new.smm.org/learn) resources are available to anyone, anywhere, at any time, and the Earth Science section in particular offers a wide array of climate-related stories.

Below are links and contact information if interview readers want to learn more about the Science Museum of Minnesota’s climate actions and/or want to follow up with questions to Patrick Hamilton:

Tired Earth: An Interview with Florian Schlederer, Founder of Museums For Future