Tonnes of plastic pollution from cars and industry are being blown around the world and threatening delicate natural environments, according to the study.

Tiny plastic particles, known as microplastics, have now been detected in almost all natural environments, including the polar regions.

The pollutants are being transported to the four corners of the earth through waterways, including rivers and ocean currents.

But now scientists have found that winds are also transporting plastic particles to vulnerable parts of the world.

Study co-author Dr. Melanie Bergmann at the Alfred Wegener Institute (AWI) in Germany, said: "Air is a much more dynamic medium than water.

"As a result, micro and nanoplastic can much more quickly penetrate those regions of our planet that are most remote and still largely untouched."

The level of plastic pollution could reach 80 million metric tons per year by 2040 according to estimates.

An international team made up of 33 researchers took part in the study.

They found plastic pollution from human activities like road traffic or industrial processes were being transported by winds. 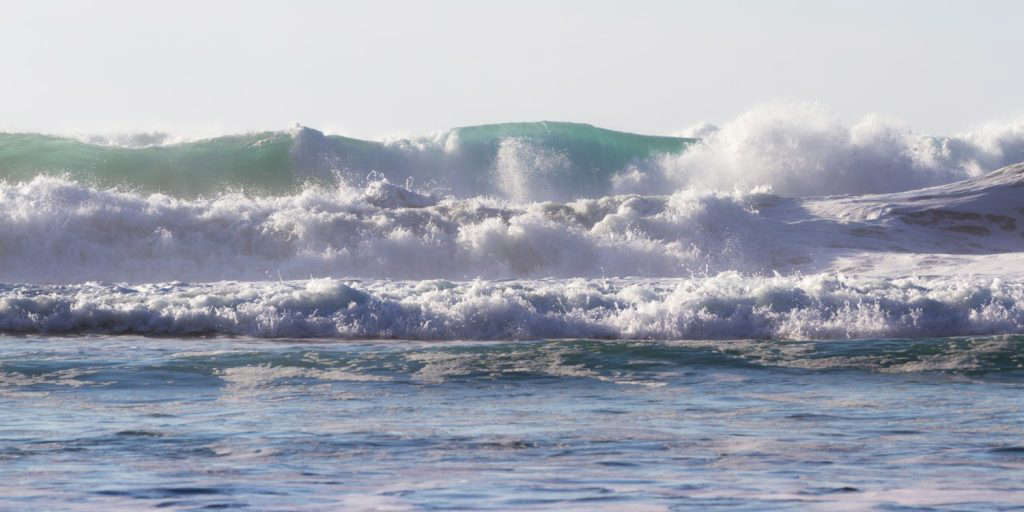 There is also evidence particles are passing from the ocean to the atmosphere through air bubbles in the water and sea spray.

When the bubbles burst, the pollutants find their way into the atmosphere and are transported to remote regions.

Between 0.013 and 25 million metric tons of micro and nanoplastic are being transported by ocean air, snow, sea spray and fog every year, the researchers say.

Dr. Bergmann said: "We need to integrate micro and nanoplastic in our measurements of air pollution, ideally on an international scale as part of global networks."

The researchers started collecting samples of microplastic from the air, seawater and ice during a Polarstern expedition to the Arctic last year.

They are looking to create a "seamless" database on the flow of micro- and nanoplastic between the ocean and atmosphere.

Co-author Professor Tim Butler, of the Advanced Sustainability Studies (IASS), also in Germany, said: "There are so many aspects of the emissions, transport and effects of microplastic in the atmosphere that we still don’t fully understand.

"This publication reveals the gaps in our knowledge – and presents a roadmap for the future.”

Sharing information on the spread of plastics across the scientific community will help overcome these challenges.

Co-author Professor Sylvia Sander, of the Scientific Aspects of Marine Environmental Protection (GESAMP), said: "The great challenges of our time are at the global scale.

"Accordingly, we have to pursue answers to pressing questions with expertise that is as comprehensive and international as possible.

"That can only be done by working together"

The discovery could also be relevant for human health as a recent British study found microplastics in the lungs of 11 out of 13 people.

Dr. Bergmann added: "This is yet another reason why we need to integrate plastic into monitoring programs for air quality."

The researchers, whose findings were published in the journal Science, call for an international treaty to help reduce the production of new plastics.

Air pollution may lead to dementia in older women