Hannah Steiner
marine wildlife conservation and environmental activist
Women from Brazil’s indigenous communities are particularly vulnerable to gender-based violence, but UN-backed initiatives, and a change in the law, are encouraging them to seek protection.

In Parque das Tribos, an indigenous neighbourhood in Manaus, the capital of Brazil’s Amazonas state, violence against women is not uncommon.

“As a leader, I have experienced many things,” says Lutana Ribeiro, a member of the Kokama ethnic group, and the only female chief in Parque das Tribos, which is home to around 4,500 people. “Women knock on my door asking for help.”

Sparsely populated and relatively isolated in terms of air, road and sea access, the state of Amazonas faces particular challenges in access to public services, including for sexual and reproductive health support and gender-based violence response. 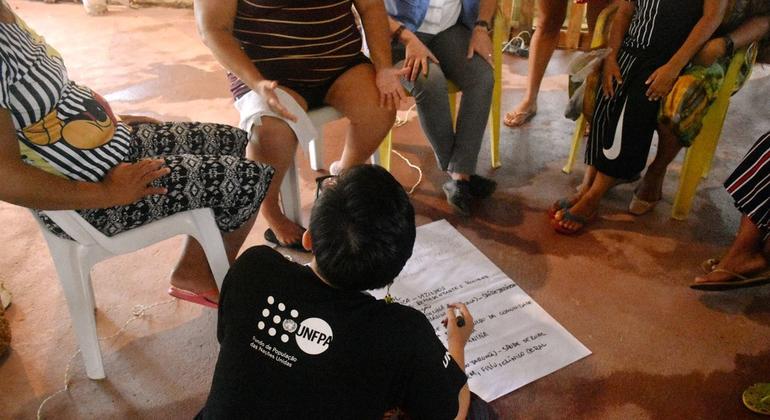 In 2021, at least one person called the national police emergency number in Brazil every minute to report domestic violence. From 2016 to 2021, the rate of femicide – defined as the intentional killing of a woman, motivated at least in part by her gender – was reported to have increased by over 44 per cent, with one woman dying as a result of femicide every seven hours.

In the state of Amazonas, of all women killed intentionally by another person, more than one in five were cases of femicide.

Ms. Ribeiro, who is well known among her community as a staunch defender of human rights, recently facilitated a series of workshops for survivors of gender-based violence, which were attended by 50 women from the area. “On the first day, few spoke. Today, most of them have spoken.”

These include the Maria da Penha Law, which changed Brazil’s penal code in 2006 to not only allow for aggressors to be arrested for an act of violence against a woman or girl, but also for them to be detained, if the risk of them committing such an act was deemed a threat to a person’s life. 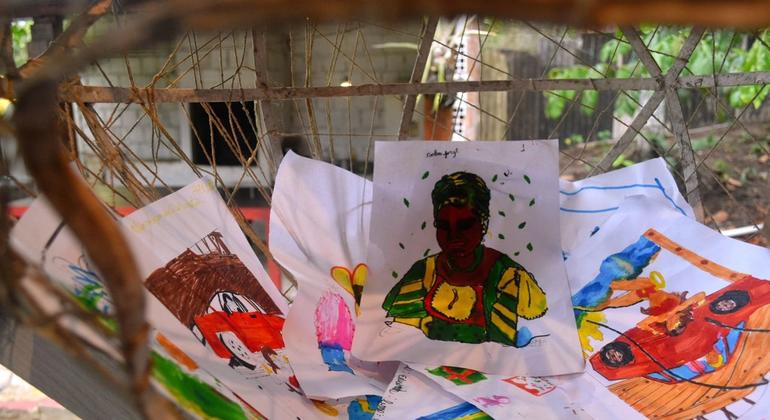 A safe space for women

Ms. Ribeiro described how, from the second day of the workshop, the women were eager to share their experiences with each other and with the UNFPA team. “After the first lecture, many women felt stronger. The next day, people said ‘enough’ to violence. These men will no longer do what they want with them, because now the women are more empowered.”

The workshops are aimed at training women from indigenous communities to help spread life-saving information among their friends, family, and peers.

Children also joined in recreational activities so their mothers could attend. “The initiative was very important for us to become increasingly stronger and have this support through dialogue and experience,” says Ms. Ribeiro.

"The workshops created a safe space for women to reflect together on the different forms of violence that affect their daily lives and on coping strategies,” says Débora Rodrigues, head of the UNFPA office in Manaus, “which include expanding the supply of and access to services that guarantee protection and rights for all the Parque das Tribos community".

With financial support from the United States Agency for International Development, UNFPA is implementing projects across Brazil’s northern states of Amazonas and Roraima to strengthen the local capacities in preventing and confronting gender-based violence.

In 2022, more than 36,000 women and girls benefited from the initiative, with increased access to services such as shelters and safe spaces for survivors, as well as workshops that also engaged men and boys.

Ms. Ribeiro says the participants in the Parque das Tribos workshop felt collectively strengthened, asserting: “We, as indigenous people, are not afraid.”

What is the Greenhouse Effect?