George Scott
Editor- environmental activist
A Times investigation married hourslong stakeouts with data reporting and found that it’s all too easy for hides from illegally deforested ranches to reach the global marketplace.

Cows in a pasture in the city of Buritis in the state of Rondônia, one of the main cattle producers in Brazil. Farms in protected areas are illegal and constitute an environmental crime, however, there is little oversight by the Brazilian government.Credit...Victor Moriyama for The New York Times

In July 2021, Manuela Andreoni, a Pulitzer Center reporting fellow at The New York Times, camped out for hours outside a slaughterhouse close to the Jaci-Paraná reserve in Brazil. She was tracking a truck that she suspected was delivering hides from cattle kept on illegally deforested ranches to a supplier of American automobile seat makers. A few days earlier, Victor Moriyama, a photographer working for The Times, nearly stepped on a poisonous snake.

Thousands of miles away in New York, Albert Sun, a Times graphics editor, analyzed data on cattle ranch locations in the Amazon. Hiroko Tabuchi, a Times investigative reporter in the climate group, traced the leather supply chain back to auto manufacturers.

Jesse Pesta, The Times’s deputy editor for climate and environment coverage, guided the team of journalists, which for months had been investigating the leather supply chain in Brazil. The resulting article was published last week and revealed the ways in which Americans’ demand for leather seats in luxury cars and SUVs worsens Amazon deforestation.

In a recent conversation, Ms. Andreoni discussed how the team pulled off the investigation and how she persuaded people to open up. They included ​​ranchers raising cattle on illegally deforested land, a middleman who traded the cattle and Lourenço Durães, a 71-year-old rubber-tree tapper who said he faced a death threat because his land is valuable. Her responses have been edited for length and clarity.

Why did you decide to pursue this story
Amazon deforestation is an issue that affects the lives of people across our planet, but there is still limited understanding of the role played by multinational corporations that supply products — such as leather car seats — to wealthy countries. We wanted to show that.

We obtained years of cattle movement data, which is really hard to get, that gave us a unique opportunity to expose the loopholes that allow leather from illegally deforested land to reach consumers in the United States.

How did the data analyses inform the on-the-ground reporting, and vice versa?
It was funny because, when I arrived in Rondônia, in the Amazon, there was this farmer who was like, “Oh, yeah, come here and watch me sell some cattle,” and the middleman we had been investigating for months — I’d seen his Facebook page a bunch of times — was there! That’s why on-the-scene reporting can be so incredibly valuable. We’d done an analysis that showed indications of cattle laundering, but we wanted to see if a farmer’s transactions we’d observed in the data matched what we were seeing on the ground. Could we see other companies buying from the middleman on the same day he’s buying from the farmer we interviewed? Yes, we could.

What was your biggest challenge?
The reserve we based our reporting in is a conflict area, and land disputes sometimes get violent. The traditional community there is very scared, and it was hard trying to contact them because there’s no cellphone coverage. But eventually I did find someone [Lourenço Durães]. He told me that he’d reported a death threat to the police, but no one had investigated. So, he was very glad that we were there, and that someone cared about what he was going through. That was an important part of the story.

What was the day-to-day reporting on this story like?
We wanted to talk to as many people and see as many steps of the supply chain as we could. But there was a lot of driving around and waiting, in order to get important on-the-ground facts and interviews. I followed a truck for many hours looking for farms on these dirt roads that don’t have names. Then, getting to Lourenço was much more difficult than we had planned. I ended up getting there by this really old canoe with lots of holes, and the motor broke a bunch of times, so it took about five hours. 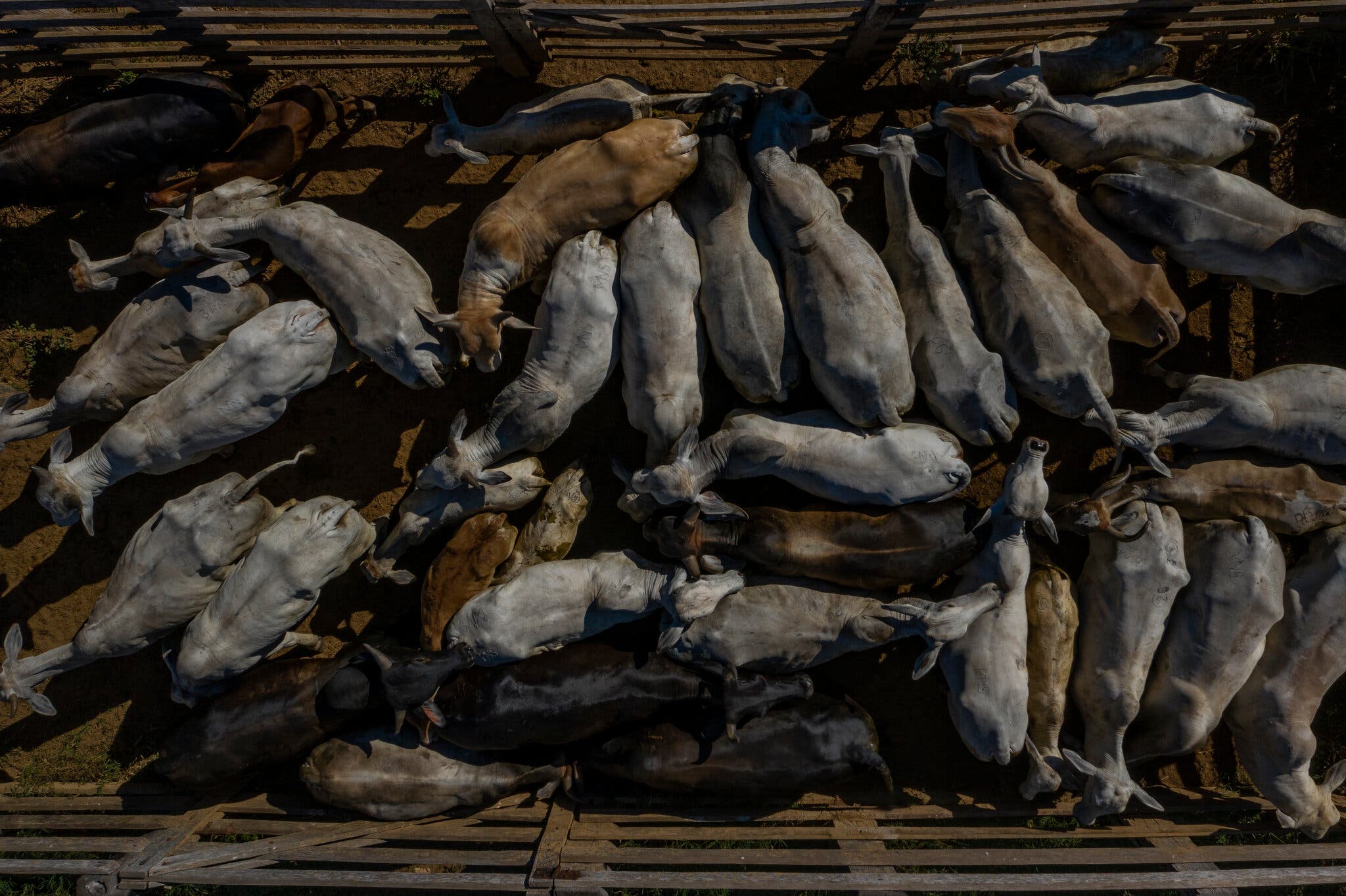 The rancher who raises cattle on illegally deforested land in the Amazon is remarkably candid, even consenting to be photographed and allowing you to observe transactions. How did you gain his trust?
When there was a dictatorship in Brazil in the ’60s through the ’80s, the military government wanted to occupy the Amazon to secure the country’s borders, among other reasons. And they told people, “Come to the Amazon, we’ll give you free land.” It was a little bit like the U.S. rush to the West. That was decades ago, but this sentiment that you can just take land and deforest it and it’s yours is still very present. Essentially, it’s how things have been done for a long time, so people are willing to talk about it because basically they don’t see it as a bad thing, even though they may be aware it’s illegal.

How did the people in Brazil react to this story?
The most powerful response we got happened the week after our story ran. A state attorney mentioned our reporting in his oral arguments to a local court that was assessing whether a law that all but extinguished the Jaci-Paraná reserve should stand. The court decided to strike down the law.

Where do we go from here?
I know a lot of people are saying they’ll never buy a leather seat again, but really what specialists say is that we should not abandon them, because the beef trade is so huge here in Brazil that not using leather means that much of it would simply go to landfills. But perhaps people and companies can use this knowledge to influence a hugely important supply chain that’s a powerful driver of deforestation especially in Brazil, but also elsewhere.