Hannah Steiner
marine wildlife conservation and environmental activist
On the coral reefs off the coast of Belize in Central America, a fish species creates, manages and feeds from algae farms, using tiny shrimps to fertilize them. This is the first example of a non-human vertebrate domesticating another animal.

While humans have domesticated various plants and animals, these relationships are surprisingly rare in other species. Although some insects (including ants, beetles, and termites) have been observed domesticating fungi, few other examples exist outside the insect world. And as for an animal domesticating another animal, no such occurrences have been observed in nature. Until now.

According to a new study published in Nature, longfin damselfish have “swarms” of tiny crustaceans called mysid shrimps floating above their farms. The study authors found this quite unusual, since most farming damselfish are pretty proud of their produce and will chase away anything that ventures near their farm. Curious to find out why these species associated with one another, the researchers then decided to try to find out what was really going on. 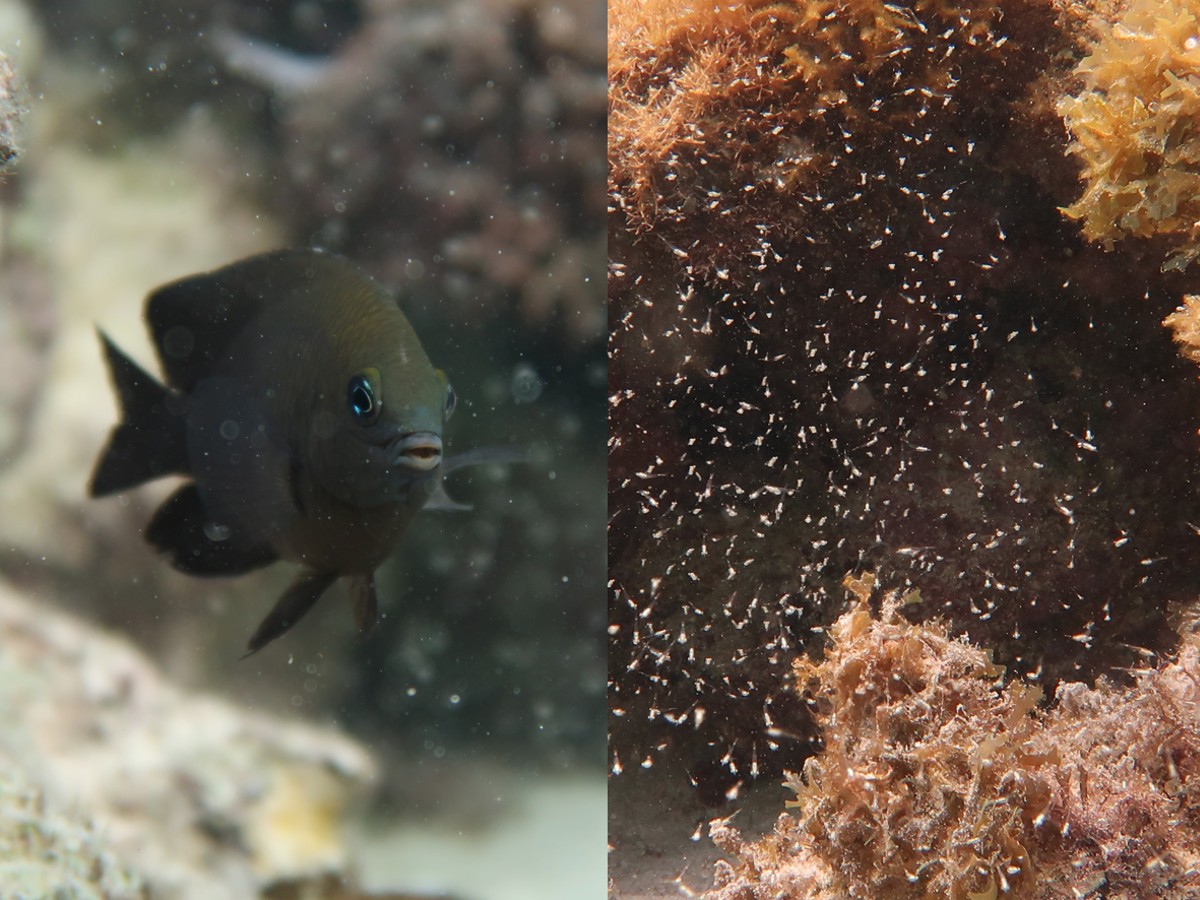 Adult damselfish turn black from yellow. On the right are the tiny shrimp the species has domesticated. Source: Nature

They found that these shrimps were much more likely to be found near longfin damselfish than other species, so as a next step they wanted to find out whether the mysids specifically seek out their damselfish masters. To do so, they collected mysid shrimps from the field, brought them into the lab and exposed the mysids to water soaked with different things to find out whether they avoid the smell of a predator or, instead, are attracted to the smell of a farming damselfish.

Based on their findings, the researchers established that the mysids shrimps were attracted to the longfin damselfish – a behavior that saved them from predators, by the damselfish. 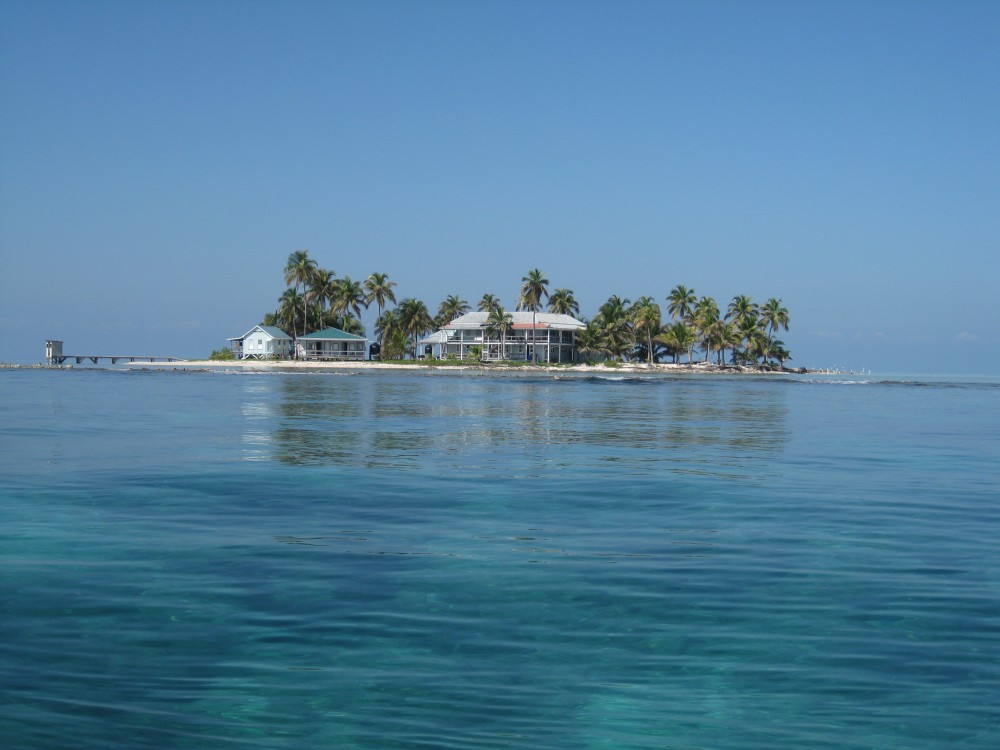 The Smithsonian’s Carrie Bow Cay Marine Research Station off the coast of Belize, where the research was conducted. Photo: Hamilton College

Since many fish devour mysid shrimps, the researchers ran an experiment to see if longfin damselfish provided protection to the mysids on their farm. To do this, they placed mysid shrimps in a clear plastic bag and placed the bag either inside or outside a farm.

The result of the experiment was revealing. The scientists found that when placed outside a farm, other fish tried to eat the mysid shrimps, but when inside the farms, any fish that tried to come close to the bag was chased off by the longfin damselfish. This meant the mysids were seeking out the damselfish to provide protection from predators. 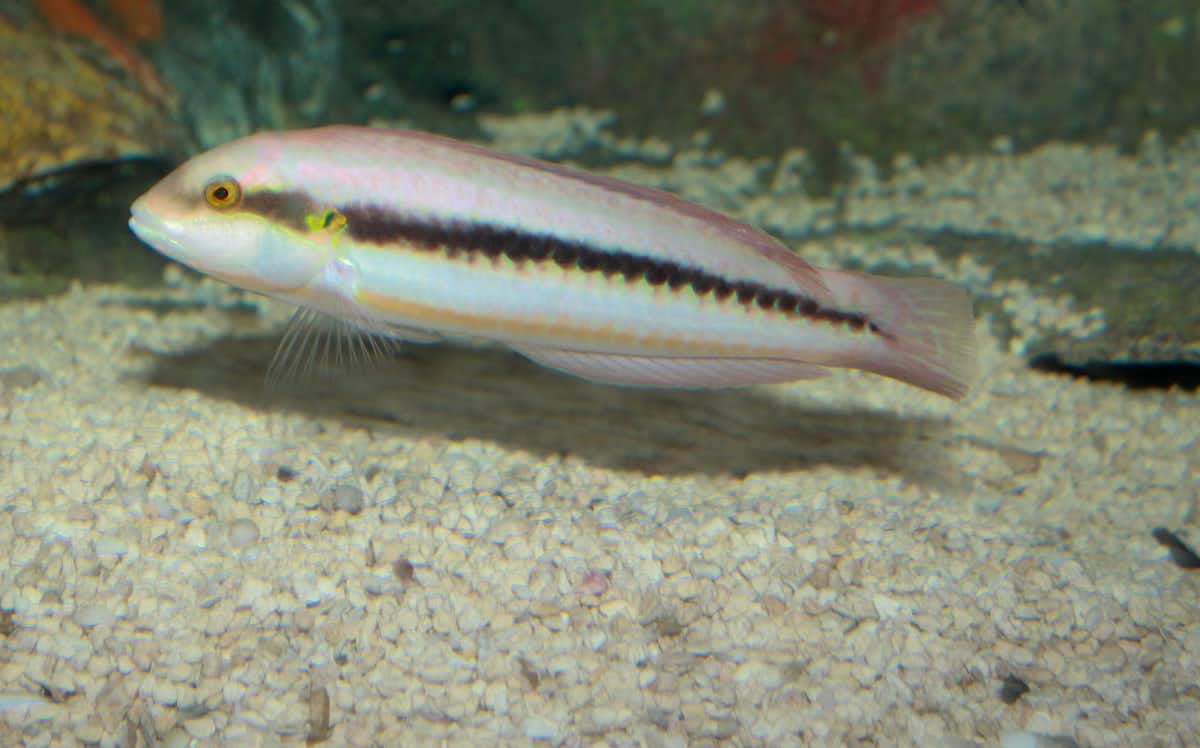 They tested the hypothesis by looking at the quality of the algae on damselfish farms that had mysid shrimp around versus the ones that didn’t. They also examined the body condition of damselfish that did, or did not, have mysid shrimps on their farms.

The scientists found that farms with mysid shrimps had higher quality algae, and the shrimps were also in better condition. 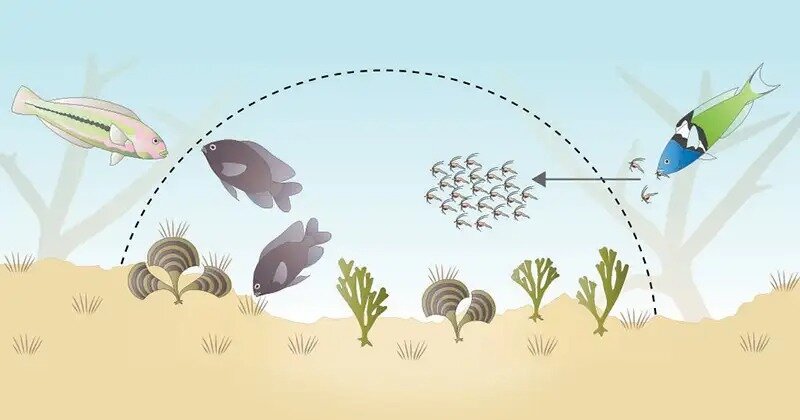 The protected area created for mysid shrimp by the longfin damselfish. Source: Phys.org

The findings are fascinating because they demonstrate a series of events similar to the ones that led to our domestication of species such as dogs, cats, horses or chickens.