First we were told: Don’t put detergent pods in your mouth. Remember the Tide Pod Challenge? Now a study says the pods aren’t necessarily an eco-friendly option for your washing machine or dishwasher.

That’s because the pods can contribute to plastic pollution when they’re used the “right” way. They leak large amounts of untreated PVA that can potentially enter groundwater resources and water systems and contaminate the human food chain, according to a literature review by researchers with Arizona State University and the California nonprofit Plastic Oceans International.

PVA stands for polyvinyl alcohol, which is used to create the pods, releasing just the right amount of detergent and eliminating the need for plastic jugs. 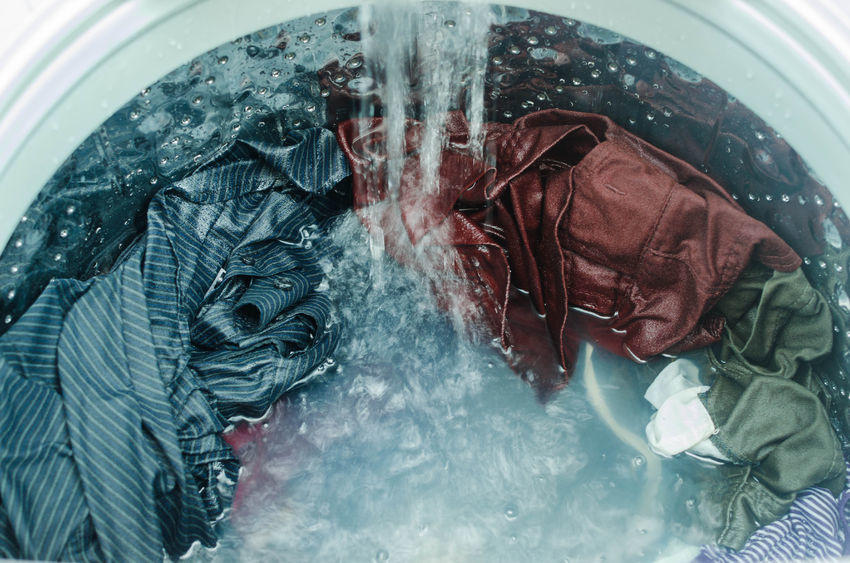 Time to do the laundry GETTY

But the study researchers say they’re seeing more companies use detergent pods, strips and sheets made from PVA and marketed as an eco-friendly, biodegradable alternative. And that’s not necessarily the case.

While PVA can be fully biodegradable, specific conditions are needed for that to happen. Wastewater treatments plants in the United States are generally built to treat human waste and other biological matter, and don’t create optimal conditions for PVA to biodegrade, the researchers say.

“The time it takes for larger, plastic items (macroplastics) to break down into microplastics (less than 5 mm) is fairly extensive. The moment these pods are subjected to water, they solubilize into a plastic solution,” says Charles Rolsky, Ph.D. and co-author of the study, from the Arizona State’s Biodesign Center for Sustainable Macromolecular Material and Manufacturing

“This plastic solution can easily pass through conventional water treatment and into ecosystems beyond. For those main reasons, pollution from these detergent pods is cause for concern.”

The study was published in the peer-reviewed journal International Journal of Environmental Research and Public Health.

The objective was to estimate nationwide emissions of PVA from the domestic use of laundry and dish detergent pods. Researchers concluded that as much as 75% of PVA from detergent pods goes untreated in the United States, with more than 8,000 tons per year entering the environment.

“Plastic residue has demonstrated negative effects on the environment and to the food chain by acting as vectors of harmful contaminants, but the literature on PVA having a similar effect is largely lacking,” says Arizona State’s Rolsky, who also serves as director of science for Plastic Oceans and authored the study with university colleague and nonprofit volunteer Varun Kelkar.

Studies have indicated potential harmful effects that polyvinyl alcohol can have on the environment, including sequestering heavy metals and interfering with crop yields, Rolsky says.

“In short, PVA has the potential to enter our groundwater resources and enter our water systems and needs further research.“

Plastic Oceans International points to Federal Trade Commission language on marketing misinformation and making false claims of environmental benefits, saying “the study provides data needed in order to demand a closer look at how manufactures are marketing their products to consumers.” The study authors haven’t contacted the FTC with their findings, Rolsky says, “but we feel that this is being looked into with more detail.”

He says the study hasn’t received a positive response from those in the industry, but researchers “are excited to pursue collaborating with them in the pursuit of using truly biodegradable materials.”

The Arizona State study was funded in part by Blueland, which sells “revolutionary, plastic-free cleaners in reusable bottles,” according to its website.

The study authors write that “the funders had no role in the design of the study; collection, analyses, or interpretation of data; writing of the manuscript; or decision to publish the results.”

The study has its detractors; there’s debate as to how well PVA biodegrades in the wild as compared to the lab.

The institute has published “science-based information about the technology behind water-soluble films,” including modeling that indicates 100% of detergent packet film biodegrades in 90 days or less.

Rolsky says his study didn’t set out to vilify PVA, but to determine how biodegradable or eco-friendly it is.

“Polyvinyl alcohol is a plastic and at the end of the day, having less plastic in our wastewater and environments is a good thing,” he says.

“Perhaps there are opportunities to collaborate with these companies to make a coating that is truly biodegradable ... Polyvinyl alcohol usage may well be a step in the right direction of using no plastic, but we’re not there yet.”