George Scott
Editor- environmental activist
Bringing back beavers, bears and bison around the world could significantly improve the state of the world's ecosystems.

The Eurasian beaver is one of 20 species that could have a significant impact on restoring the world's ecosystems if reintroduced. Credit: WildMedia/Shutterstock

A report funded by the United Nations found that the return of large mammals could shore up the health of the natural world, tackling climate change and biodiversity loss in the process.

Reintroducing just 20 species of large mammals could help to restoring the world's biodiversity.

Introducing these animals back into their historic ranges across the world could create the conditions necessary to allow these species to expand their ranges to cover over a quarter of the planet. This would help to restore ecosystems, lock away excess carbon dioxide and boost populations of other species.

"We are seeing a real drive of funding and attention towards ecosystem restoration and nature-based solutions. We also need to ensure that conservation and restoration efforts bring along the diversity and abundance of life on Earth, and help to restore full groupings of naturally-present species."

The analysis, carried out on behalf of the United Nations Environment Program (UNEP) and the non-profit RESOLVE, was published in the journal Ecography.

Reintroducing large mammals to their historic ranges is a common aspect of rewilding, where attempts are made to restore ecosystems to a 'natural' state which can regulate itself. 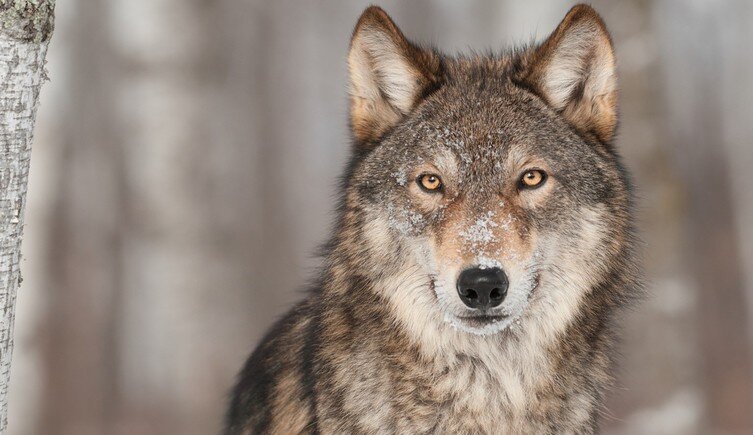 Opinion on which time period an ecosystem is considered 'natural' varies. Some suggest a historical baseline of around 1500AD, while others advocate restoring ecosystems to a state similar to how they were in the last Ice Age over 12,000 years ago.

While rewilding offers the opportunity to improve an ecosystem's biodiversity and functioning, it also has its drawbacks. The conditions for some ecosystems simply don't exist anymore. In addition, the introduction of large animals could pose a threat to humans and livestock.

This is the case for predatory mammals such as wolves, whose reintroduction is often controversial among some. However, studies do show that these animals have a significant impact on the environment through controlling herbivore populations, allowing plants and scavengers to flourish.

As well as carnivores, the reintroduction of herbivores can also have significant impacts through dispersing seeds, recycling nutrients and helping to control fire by grazing.

The researchers behind the current study wanted to investigate where the reintroduction of large mammals would have the greatest impact, and how it could be achieved. They found that only 20 key species, including 13 herbivores and seven predators, were needed to help biodiversity bounce back across the world.

To assess the state of ecosystems around the world, the researchers divided the planet by ecoregions, or areas containing distinct natural communities. The number of large mammals in each was noted and compared to historic records.

The researchers then looked at which ecoregions were best placed to be restored. Most of northern Asia, northern Canada, as well as parts of South America and Africa, were found to be most suitable, with only a few large mammals required to bring these ecosystems back to their former state. 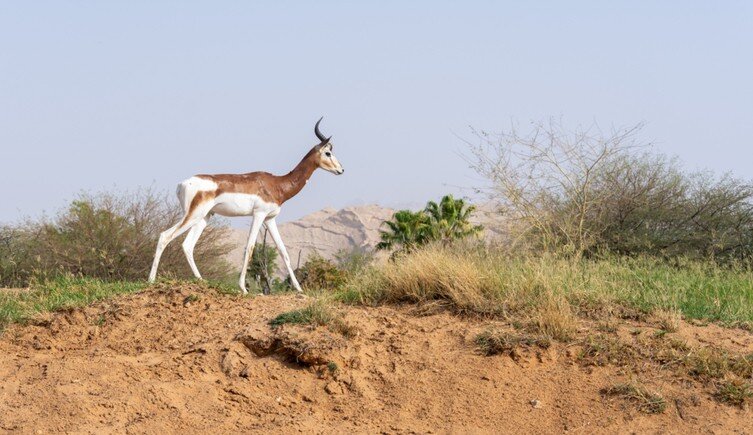 The dama gazelle is Critically Endangered as a result of hunting and habitat destruction. Credit: kingma photos/Shutterstock

In Europe, the reintroduction and conservation of animals such as the Eurasian beaver, European bison and wolf were found to help expand large mammal populations back into 35 regions they have been lost from.

Similar steps for species such as the hippopotamus, cheetah and lion in Africa could more than double the area of the continent in which healthy mammal populations live.

In addition to altering the environment in such a way to benefit other species, the reintroduction of some of these animals would also help conserve them too.

For example, one of the 20 species predicted to have the most impact if reintroduced is the dama gazelle. But these animals, native to the Sahara, are themselves Critically Endangered with only 200 adults left in the world.

The scientists, however, acknowledge that many changes are needed before reintroductions could begin. For instance, the factors that caused large mammals to become threatened in the first place, such as hunting and habitat loss, would need to be brought under control.

Many ecoregions also span national borders and so would require international co-operation if the animals were to be brought back.

The findings of this study feed into an ongoing conversation about the importance of biodiversity in the run up to the COP15 conference, set to be held in China later this year.

Joe Gosling, from UNEP, admits there is work to do but says that action is possible with concerted efforts.

"Our recommendations may not be suitable everywhere on the ground just yet—local assessments will judge if, for example, hunting pressures or the lack of an adequate prey base mean other issues need addressing before initiating a reintroduction program," he says. "However, our findings show there are huge areas of the world that could be suitable for large mammal restoration if mitigating factors are managed.

"We are now in a critical decade for nature: the UN's Decade on Ecosystem Restoration. A priority next step would be to see the restoration of large mammal populations as an explicit ambition at international and national levels. Widespread, effective restoration of nature will not be possible without the buy-in of governments, supported by key conservation actors and funders."