Rebecca Herbert
Climate Activist
The 'State of the World's Trees' report uses data from 500 international experts / The report has been published by Botanic Gardens Conservation International / Researchers assessed the 58,497 species of tree — finding 17,500 to be at risk / And some 440 tree species are represented only by 50 or fewer individuals.

Human activities like agriculture, livestock farming and logging are putting nearly a third of the world's tree species at risk of extinction, a report has warned.

More than 500 experts from 60 institutions collected data over five years for the 'State of the World's Trees' report from Botanic Gardens Conservation International.

The researchers assessed the 58,497 species of tree that grow across the globe — finding that around 17,500 are on the worrying path towards extinction.

These include well-known species such as magnolia, oaks, maple and ebonies.

Hundreds of species are teetering on the brink, the report warned — like the Menai whitebeam, which is represented by only 30 trees in its North Wales home.

One in every five tree species are directly used by humans for applications including food, fuel, horticulture, medicines and timber.

However, over-exploitation and mismanagement is harming many species — and at least 142 have been recorded as recently going extinct.

Another human-driven threat is climate changes, which is altering the habitat ranges of various species — with cloud forest species in Central America at particular risk.

At least 180 tree species are being directly threatened by sea level rise and weather extremes, the report noted, including magnolias in the Caribbean.

Meanwhile, increasing risks of fire are presenting major threats to various trees in Madagascar and the oak species of the United States.

More than 440 tree species have fewer than 50 individuals left alive in the wild. One example is Malawi's Mulanje cedar, which is now represented by all of a few trees.

In Europe, 58 per cent of native trees are threatened with extinction in the wild, with whitebeams and rowan the most at risk — while Brazil has the highest number of threatened tree species.

Dipterocarpaceae species are at risk from palm oil plantations in Borneo, while timber extraction threatens ebony in Madagascar as well as mahogany and rosewood species across the Caribbean and Brazil.

Magnolia and camellia species are threatened by unsustainable collection for commercial uses, while pests and diseases are causing severe decline to ash populations in both the UK and North America.

Meanwhile, oaks — particularly in South and Central America — are being threatened by deforestation.

There were some glimmers of hope in the report, however, which found that 64 per cent of all tree species can be found in at least one protected area and 30 per cent can be found in botanic gardens, seed banks, or other such collections. 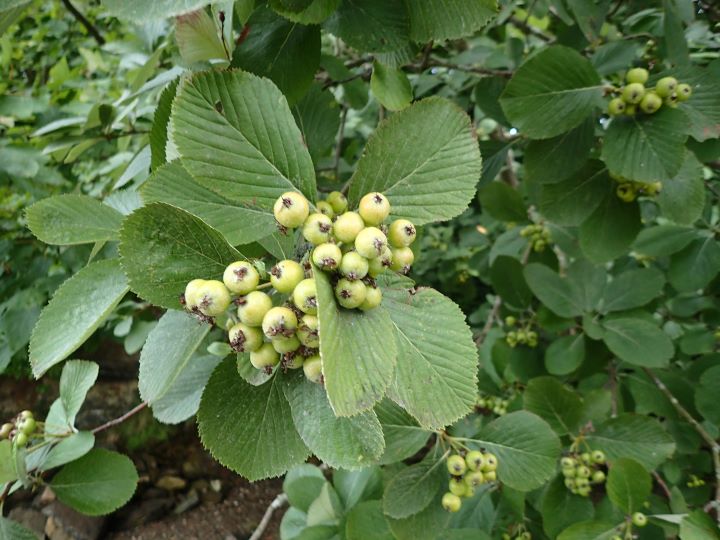 These include extending protected area coverage for threatened tree species, ensuring all at-risk trees are, where possible, conserved in botanic gardens and seed banks and to increase public and corporate funding for the issue.

In the report, the organisation also urges the expansion of tree planting schemes — with targeted planting of threatened and native species — and increased global collaboration to tackle tree extinction.

'This report is a wake-up call to everyone around the world that trees need help,' said Botanic Gardens Conservation International secretary general Paul Smith.

'Every tree species matters — to the millions of other species that depend on trees, and to people all over the world.

'For the first time, thanks to the information provided by the state of the world's trees report, we can pinpoint exactly which tree species need our help.'

This he added, will allow 'policymakers and conservation experts to deploy the resources and expertise needed to prevent future extinctions.'

'For the first time, the "State of the World's Trees" provides a comprehensive breakdown of our world's trees,' said the International Union for Conservation of Nature's species survival commission chairman, Jon Paul Rodriguez.

'Knowing where they are and why they are threatened is the first step towards acting for their conservation,' he added.

"Despite the worrying data, I look forward to future state of the world's trees reports.

'I hope to learn of the increase in the number of known species and the decline in the proportion facing high extinction risk, due to the success of premeditated, coordinated global conservation action.' 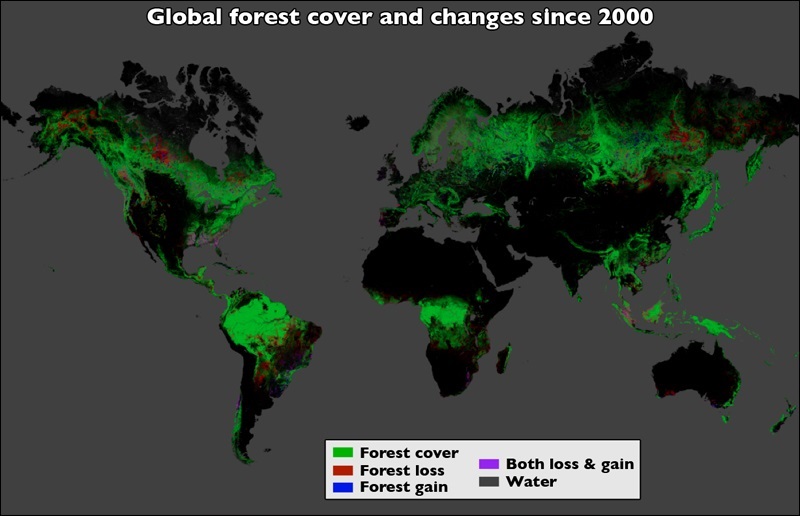 The destruction caused by deforestation, wildfires and storms on our planet have been revealed in unprecedented detail.

For comparison, that’s a loss of forested land equal in size to the entire state of Alaska.

The maps, created by a team involving Nasa, Google and the University of Maryland researchers, used images from the Landsat satellite.

Each pixel in a Landsat image showing an area about the size of a baseball diamond, providing enough data to zoom in on a local region.

Before this, country-to-country comparisons of forestry data were not possible at this level of accuracy.

‘When you put together datasets that employ different methods and definitions, it's hard to synthesise,’ said Matthew Hansen at the University of Maryland.

The Ocean Will Soon Have More Plastics Than Fish