While Congress talks about the Green New Deal, a version of it is already underway in L.A. The city may be known for its gridlock and smog, but it also has an ambitious plan to transform itself to tackle climate change. Today, the city announced how it’s accelerating its plans, moving to renewable energy, emissions-free buildings and vehicles, and reducing its water use—all while creating green jobs for its low-income communities.

“I don’t think there’s anything radical about creating a cleaner future for our grandchildren,” Mayor Eric Garcetti says on a call announcing the plan. “I hope that what we’re doing in LA will serve as a ‘greenprint’ for every city in the country and across the world. When we take a stand, it doesn’t matter that the president wants to boost fossil fuel production because most of America will already have been moving to a low carbon green energy world.” 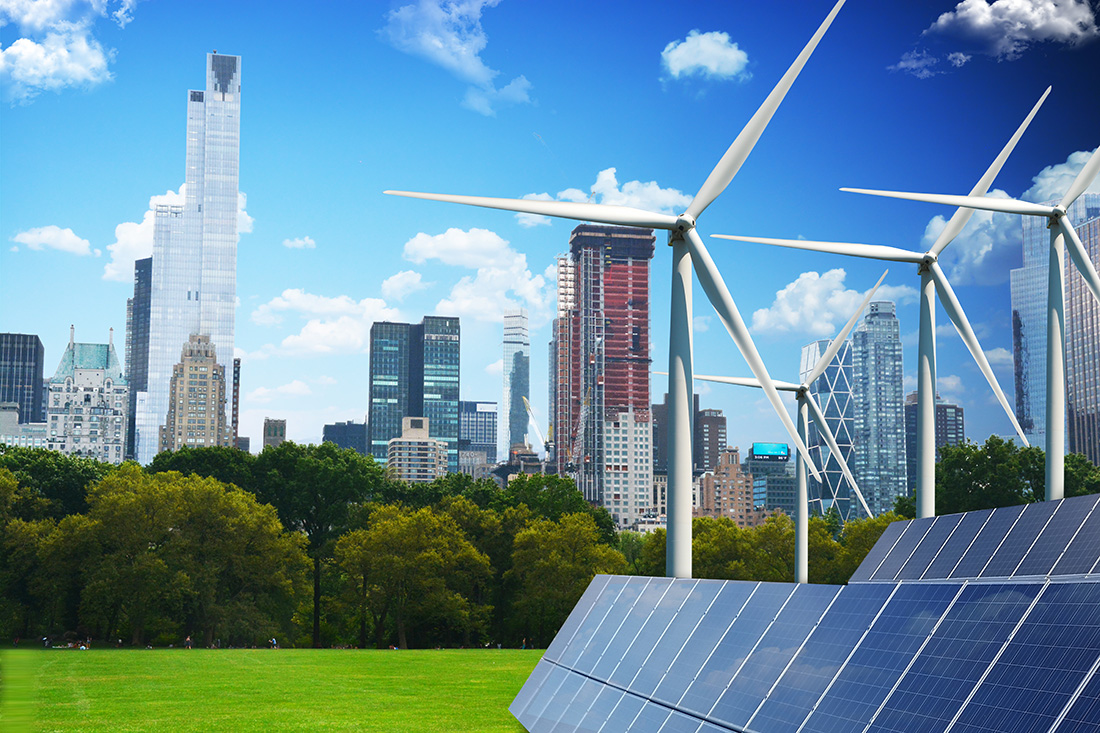 By 2025, L.A. plans to run on 55% renewable electricity and stop using coal power entirely. Instead of repairing three natural gas power plants along the coast, it will shut them down. By 2036, it will get to 80% renewables. By 2045, like the rest of California, it will run on 100% renewables. (The 2028 Olympics will also run on 100% clean power.) Community solar programs will help low-income households and renters get solar panels. The city’s deadlines for ramping up clean power have accelerated based on “an understanding of the severity of the threat and the pace at which we need to move, but also [an understanding] that the technology is there,” says Lauren Faber O’Connor, chief sustainability officer for the City of Los Angeles. “These opportunities to have a smarter, more flexible, and cleaner grid have never been more plentiful.”

As in New York City, which recently announced plans to shrink the carbon footprint of its skyscrapers, Los Angeles’s largest source of emissions isn’t cars but residential and commercial buildings. By 2030, all new buildings in the city will have to be emissions-free. By 2050, every existing building will have to be retrofitted to meet the same goal. The city is also pioneering new construction methods, as the first large city to require all-electric construction equipment on city buildings. “We have to demand the most aggressive emissions reductions coming from our buildings,” says O’Connor. 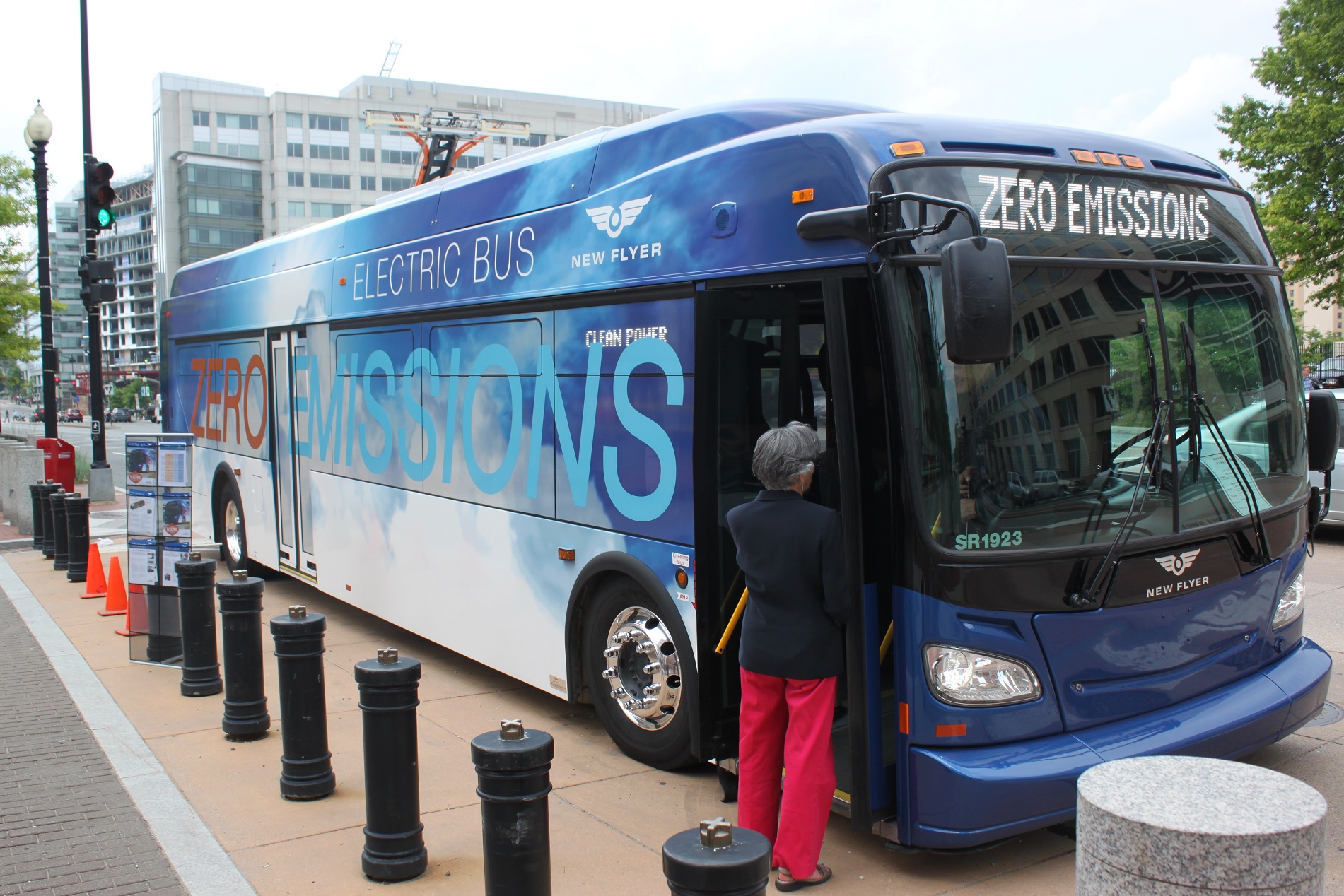 Right now, most Angelenos commute to work as the sole occupant of a car. Last year, each one spent an average of 128 hours stuck in traffic. L.A. wants to get more commuters into public transit and is expanding its subway and metro lines to help, along with building new housing next to transit centers. Garcetti says that his administration has paved more streets than any in LA’s history, but “who cares about potholes if Venice is underwater.” The city is also building the infrastructure to help people who keep driving make the switch to electric cars—including 25,000 new electric charging stations by 2025. Crosswalks and routes to walk to school will become safer. To make it easier to walk in hot weather, the city is planting shade trees and adding cool pavements. The network of bike lanes and bike sharing will expand. School buses and taxis will reach zero emissions by 2028; urban delivery vehicles will reach that goal by 2035. By 2050, every vehicle in the city will have zero emissions.

More than a century ago, L.A. essentially stole water from the Owens Valley 200 miles away. The city also relies on water from Northern California and the Colorado River. Now, however, it wants to begin to source the majority of its water locally. Rain that typically flows over pavement and into storm drains will be captured through a “sponge city” design of permeable pavement and rain gardens. All wastewater will be recycled by 2035. As drought becomes more likely, the city will also continue to cut water use.

As L.A. transforms, the city is focusing particularly on the poorest communities, which have been hardest hit by environmental problems like air pollution in the past. Several projects will directly impact neighborhoods—cutting emissions from ships at the ports, for example, is helping reduce childhood asthma rates in Long Beach. In Watts, the Jordan Downs public housing project is being rebuilt into an affordable community with electric car sharing, solar power, new bike lanes, thousands of new trees, and 50 small urban farms.

The city’s plans encompass multiple other sustainability goals, including zero waste going to landfills by 2050, planting 90,000 new trees, adding multiple new parks, a new wildlife corridor, a huge amount of new housing, and a plan to phase out oil and gas production in the city and county. All of the changes are also creating jobs. By 2035, the city expects to have 300,000 new green jobs. “We expect to see a significant amount of economic opportunity,” says O’Connor. Since Garcetti took office in 2013, the city has seen roughly 35,000 new green jobs (To put that in perspective, there are only around 50,000 jobs in the coal industry in the entire country).

By 2025, the city expects to be able to cut its emissions in half compared to a decade earlier, a pace faster than what’s called for in the latest UN climate report. “Climate change is a global emergency,” says Garcetti. “There’s no greater threat to our national security, our economic growth, to the very survival of our cities, our world, and future generations. And obviously we don’t need more studies to show us the reality about climate change. We just have to look out the window.”