George Scott
Editor- environmental activist
Otters are one of the most overlooked of animals, and the Cape clawless otter is one of the most widely distributed animals along the South African coast. They live in close proximity to humans yet their activities strangely go undetected, so who would have thought that these animals could play an integral part in fighting climate change?

Studies have now revealed that otters are a keystone species, playing a pivotal role in kelp ecosystems. Picture: Getaway Gallery

Otters were hunted to the brink of extinction in large swathes of the world for the fur trade, but their numbers have been recovering since the twentieth century. Their growing numbers have caused a noticeable change in their surrounding ecosystems, and a good one at that.

According to a BBC interview with Brent Hughes, a marine biologist at Sonoma State University in California, these animals play a pivotal role in maintaining and supporting kelp forests. But just how do these furry animals do that?

This has to do with their voracious appetite, where very few other animals eat as much relative to their body weight, and the loss of otters couldn’t have been better represented by their effect on kelp forests.

In Alaska’s Aleutian Islands in the 1970s, marine biologist James Estes documented that kelp forests without otters essentially become marine deserts. In contrast, in areas that had otters, the kelp flourished along with the surrounding aquatic community.

So just what are these otters getting up to in the water? To maintain high metabolic rates to survive in cold waters, these mammals have to eat constantly. Among their favourite foods, are sea urchins, which cut through the kelp, chewing them at their base and sending the rest of the algae to wash away.

They also benefit seagrass, where they mostly feed on crabs. These crabs feed on grazing organisms such as slugs and snails, who don’t actually eat the seagrass, but the algae that grow on the grass. This allows the seagrass to photosynthesize better and grow more effectively.

‘Otters have a disproportionately large impact on the ecosystem relative to their abundance,’ Heidi Pearson told the BBC, a marine biologist at the University of Alaska Southeast. This makes them a keystone species, which is a species that has a disproportionately large effect on its natural environment Without it, the ecosystem could dramatically change or cease to exist.

Even before the effect of sea otters was studied, kelp was being heralded as a possible solution to combat climate change. This is because kelp grows incredibly fast – up to 60cm a day – pulling carbon from the atmosphere at a faster rate than other plants. 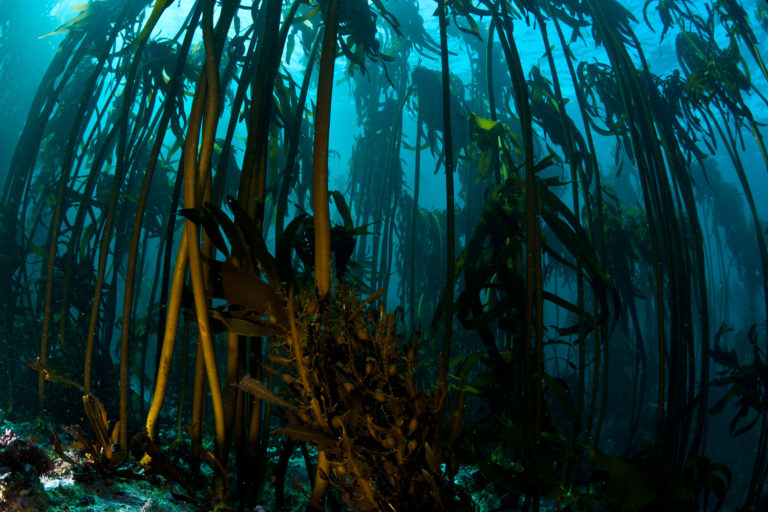 In 2012, a team of ecologists published a study on the potential for sea otter carbon sequestration in Alaska’s Aleutian archipelago. They found that the presence of sea otters covering 51,551 km2 are capable of storing 4.4 to 8.7 million tons of carbon, versus an otter-free environment.

This is more carbon than what a million passenger cars would emit a year. Just like kelp, the seagrasses that otters also forage from, also absorb a significant amount of carbon. Even when these seagrasses die, the carbon it drew is absorbed in the roots and locked in the sediments, where it can take hundreds of years to convert back to a gaseous form.

But reintroducing otters won’t benefit everyone. Their large appetites can diminish fishing opportunities. In the long run, however, otters’ positive influence on the kelp had knock-on effects, associated with increasing fish stocks later on and the ecotourism value of otters far outweigh the losses to the fishing industry.