The cost of living crisis means many Britons are desperately casting around for ways to save money this winter. Yet each year the average family throws away more than £700 of perfectly good food – so could tackling this waste be a win-win for you and the environment?

“You are literally throwing money in the bin by wasting food,” says Helen White, Wrap’s special adviser for household food waste. The charity, which works to reduce waste and promote efficient use of resources, estimates that a family with children could save £730 a year on average by not binning food. “That money could come into very sharp focus as we move further into this year,” White says.

The annual financial cost of these uneaten meals is of a similar magnitude to the predicted step up in gas and electricity bills when the government’s energy price cap is reset in April. 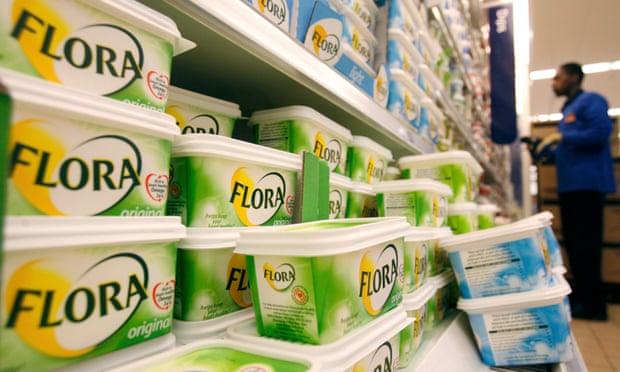 The massive rise in the cost of foods such as margarine makes avoiding waste even more critical. Photograph: Luke Macgregor/Reuters

Households are already under financial pressure, with official data for December showing inflation at a near 30-year high of 5.4%, driven by the higher cost of clothes, food and footwear. The upward march of food prices – milk, for example, costs 8% more than a year ago, while margarine is up by a massive 27% – makes avoiding waste even more critical.

The £730 figure is based on Wrap’s most recent food waste data, which estimates that an average family with children bins 244kg of food, or 580 meals, each year. For an individual, the estimated waste figure is 69kg, which adds up to £210.

In total, Britons throw away 6.6m tonnes of food a year, of which 4.5m tonnes, worth £14bn, is edible. This waste is bad for the planet because about a third of the UK’s greenhouse gas emissions are associated with our food and drink.

“It isn’t just a glass of milk, slice of bread or potato that you are wasting,” White says. “It is all the resources that have gone into producing it, so when you waste food you feed climate change.”

Steps you can take to cut down on food waste

The good news is that getting a grip on food waste can start with small lifestyle changes, such as writing a meal plan or shopping list, or just checking your fridge is set at the right temperature. Wrap’s Love Food Hate Waste website is full of ideas, including recipes for commonly wasted foods such as potatoes or chicken.

A simple thing to do is to check whether your fridge is cold enough. Fresh items such as milk – the third most-wasted food in the UK after potatoes and bread – perish quickly if they are not stored at the correct temperature. The average UK fridge temperature is running at 6.6C when it should be below 5C, according to the charity. A fridge thermometer can be picked up for less than £5 in shops including Wilko and Currys, and could prove a good investment.

Love Food Hate Waste also has a useful section that explains how to adjust your fridge’s temperature.

A recent consumer poll conducted for Sainsbury’s revealed one in five consumers said the reason they waste so much food is they “don’t know what to cook”. The supermarket’s latest marketing push highlights homemade soup as a low-cost nutritious meal that is a good way to use up veg and leftovers that would otherwise go to waste.

“Do a little bit of planning,” White suggests. “Write a shopping list or use your phone to take a picture of what is in your fridge or cupboards, we call them a ‘shelfie’, so you don’t buy a double of something you’ve already got.

“Meal planning is not for everyone but if it appeals to you, especially with a focus on saving money, I can really recommend it.”

At the same time, it is worth remembering plans can change during a busy week. “You’re not going to cook from scratch seven days a week,” she says. “Maybe just plan for five and give yourself the opportunity to have a takeaway or meal out, or just get something out of the freezer.” 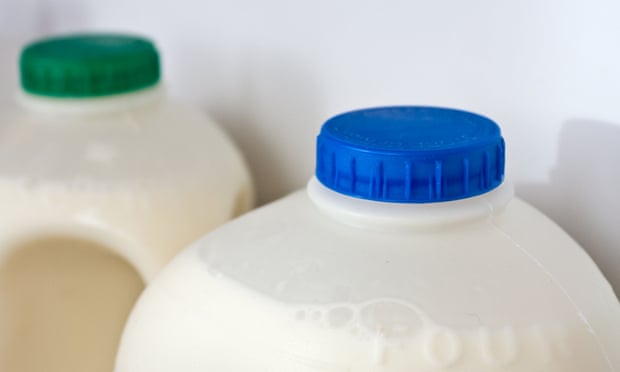 Milk is the third most-wasted food in the UK. Photograph: OAS/Alamy

Know when to throw it out

An important thing to get a handle on is the difference between the use-by and best-before dates on food packaging. That way you can avoid food poisoning and jettisoning products that are still OK to eat.

A use-by date is about safety, says the Food Standards Agency. You can eat food until and on the use-by date but not afterwards as it could be unsafe to consume, even if it has been stored correctly and looks and smells fine.

A best-before date is an indicator of quality rather than safety. Food is safe to eat after that date but its flavour and texture may not be as good.

A 2011 survey by Wrap found a high level of understanding about date labels among consumers. However, a sizeable minority incorrectly associated a best-before date with safety.

This confusion is “100%” contributing to food waste, says Jamie Crummie, a co-founder of the food waste app Too Good to Go. Its more recent poll found 45% of UK adults were confused about the meaning of best before. The decision by food companies to carry use-by dates on products better suited to best before is also contributing to waste, he says.

That products have not been used in time is the main reason given for food waste in the home and is behind about 40% of the total. A third of the time, this “not-used-in-time” decision is based on the date label and these actions add up to about 15% of food waste.

Companies that can help

Too Good to Go is one of a growing band of companies focused on tackling the huge quantities of food waste generated in and out of the home. The company allows people to buy discounted food from restaurants and shops, while other services, such as Olio, help people rehome unwanted food from their fridge.

By sharing food waste tips and advice with its 7.5 million users, Too Good To Go aims to educate people around the “big picture”, Crummie says. Its “look, smell, taste, don’t waste” campaign, which seeks to improve understanding of date labels, has so far enlisted 40 brands, including big names such as Nestlé, Danone and Onken.

The companies have switched from use-by to best-before dates on products, including milk, yoghurt and cheese. Prompts on the packaging also encourage consumers to use their senses to gauge edibility.

Milk is wasted on a vast scale, with more than 490m pints poured down the kitchen sink every year. About 85m of those pints are dumped because consumers are adhering to the use-by date even though the milk may still be good. Morrisons recently announced its plan to replace the use-by date on its bottles with a best-before one. Arla, the dairy co-operative behind the Cravendale brand, made the same switch in 2019. 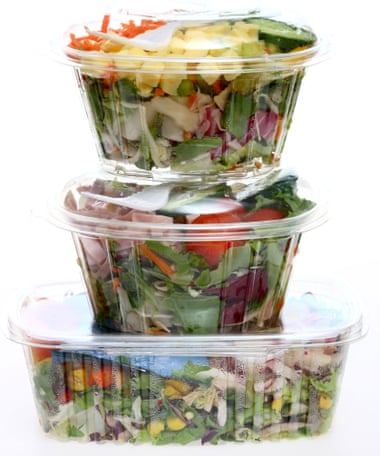 If you find yourself regularly pouring milk down the sink at home, it might be time to have a rethink, White says, as we often buy a certain quantity out of habit. She suggests buying smaller containers and, if you are worried about being caught out, to keep one in the freezer as a backup.

“If you understand what a date label is telling you, you can make better decisions in the home because you will be able to use up more of the food you buy,” she adds. “I want food to go into bellies not bins.”

The detail behind use-by and best-before dates

Use-by dates are about safety. They are applied to food that goes off quickly and could cause food poisoning after a short period of time, such as fresh fish or ready-to-eat salads. The food will be unsafe to consume after the date. The product’s life can be extended by freezing, although you need to do this before the use-by date expires.

Best-before dates, sometimes shown as BBE (best before end) are about quality not safety. The food will be safe to consume after this date but may not be at its best: it may lose flavour or go stale. These appear on a wide range of products including frozen, dried and tinned foods.

Whether a food business applies a use-by or best-before date depends on factors such as the degree of processing and the microbiological risk associated with the product, as well as anticipating how it might be used and stored at home.

Ten most wasted food and drink items in UK homes