George Scott
Editor- environmental activist
Cutting out meat once and for all would save the planet from global warming, claims a new study.

Putting an end to animal farming would bring the same benefits as cutting carbon emissions by 68 per cent, say scientists.

But around 400 million people are already living on entirely plant-based diets which shows veggies can also make the grade.

Now scientists have found getting rid of animal farming would free up vast swathes of land for plants to grow back and remove carbon from the atmosphere.

Swapping out animal products for plants should be just as much a priority as eliminating fossil fuels, they say.

Co-author Professor Michael Eisen at the University of California, Berkeley said: ‘Our work shows that ending animal agriculture has the unique potential to significantly reduce atmospheric levels of all three major greenhouse gases, which, because we have dithered in responding to the climate crisis, is now necessary to avert climate catastrophe.’

But there is another dimension to animal farming which was examined in two reports over the past year.

That is the potential for restoring grazing land to its former glory which can capture and store more carbon dioxide. 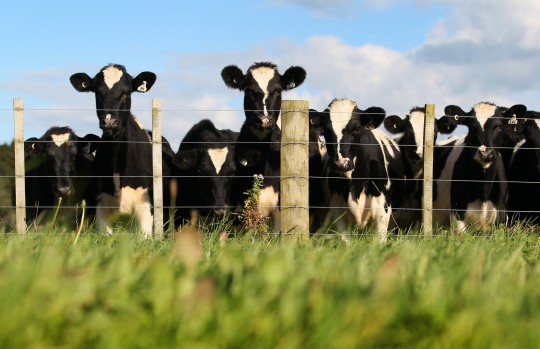 ‘But animal agriculture contributes to global warming in two ways: It contributes via emissions and contributes because that land would otherwise be holding carbon.

‘Most analyses only look at one of those things.’

A simple climate model was used to simulate what would happen if animal agriculture was eliminated and the land was restored to its wild state.

They found greenhouse gas emissions like methane and nitrous oxide would plummet and the new vegetation would help convert 725 billion tonnes of CO2.

All in, putting an end to animal farming would have the same effect on global warming as cutting annual global CO2 emissions by 68 per cent, the researchers say.

Co-author Professor Patrick Brown at Stanford University, who is also the CEO of Impossible Foods, a company selling plant-based meat substitutes said: ‘Eliminating animal agriculture would have a quicker and greater impact over the next 20 to 50 years, the critical window for avoiding climate catastrophe, and thus should be at the top of the list of potential climate solutions.’

A third of all the carbon dioxide humans have added to the atmosphere since the dawn of animal farming could therefore be down to clearing land for grazing.

Professor Brown said: ‘What hadn’t been recognised is the much more impactful potential to unlock negative emissions by eliminating that industry.’

Rather than go cold turkey, the research say animal farming could be phased out over a period of 15-years.

Professor Eisen said: ‘A 15-year phaseout is not unrealistic – a lot of things happen on that timeframe.

‘It’s not that we’re saying we’re going to get rid of animal agriculture in the next 15 years, though that’s sort of the mission for Impossible Foods, but that is something we could do.’ 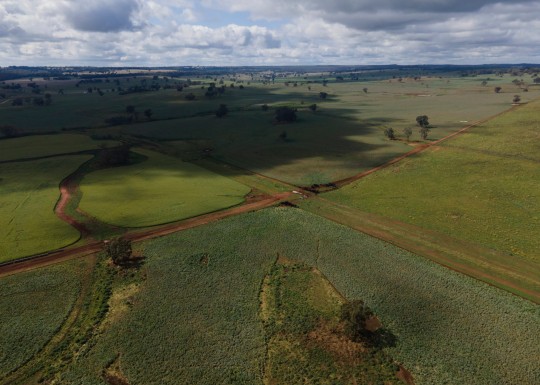 Growing crops rather than animals would ‘vastly reduce’ the impact on land, water, greenhouse gas and biodiversity, the researchers say. (Getty Images)

Growing crops rather than animals would ‘vastly reduce’ the impact on land, water, greenhouse gas and biodiversity, the researchers say.

They hope their findings will prod policymakers into considering the reduction and elimination of animal agriculture.

Professor Eisen said: ‘What we really did in the paper was try to formalise what it would mean to get rid of animal agriculture without making it too complicated.

‘I think this is a kind of Pearl Harbour moment for science.

‘The climate of the planet is under a bigger threat now than it’s ever been in history, and to the extent that scientists can find ways to contribute, I think it’s really incumbent upon us to do so.’

The findings were published in the journal PLOS Climate.