George Scott
Editor- environmental activist
A huge leak of documents seen by BBC News shows how countries are trying to change a crucial scientific report on how to tackle climate change.

The leak reveals Saudi Arabia, Japan and Australia are among countries asking the UN to play down the need to move rapidly away from fossil fuels.

It also shows some wealthy nations are questioning paying more to poorer states to move to greener technologies.

This "lobbying" raises questions for the COP26 climate summit in November.

The leak reveals countries pushing back on UN recommendations for action and comes just days before they will be asked at the summit to make significant commitments to slow down climate change and keep global warming to 1.5 degrees.

The leaked documents consist of more than 32,000 submissions made by governments, companies and other interested parties to the team of scientists compiling a UN report designed to bring together the best scientific evidence on how to tackle climate change.

These "assessment reports" are produced every six to seven years by the Intergovernmental Panel on Climate Change (IPCC), the UN body tasked with evaluating the science of climate change.

These reports are used by governments to decide what action is needed to tackle climate change, and the latest will be a crucial input to negotiations at the Glasgow conference.

The authority of these reports derives in part from the fact that virtually all the governments of the world participate in the process to reach consensus.

The comments from governments the BBC has read are overwhelmingly designed to be constructive and to improve the quality of the final report.

The cache of comments and the latest draft of the report were released to Greenpeace UK's team of investigative journalists, Unearthed, which passed it on to BBC News.

The leak shows a number of countries and organisations arguing that the world does not need to reduce the use of fossil fuels as quickly as the current draft of the report recommends.

An adviser to the Saudi oil ministry demands "phrases like 'the need for urgent and accelerated mitigation actions at all scales…' should be eliminated from the report".

One senior Australian government official rejects the conclusion that closing coal-fired power plants is necessary, even though ending the use of coal is one of the stated objectives the COP26 conference.

Saudi Arabia is the one of the largest oil producers in the world and Australia is a major coal exporter.

A senior scientist from India's Central Institute of Mining and Fuel Research, which has strong links to the Indian government, warns coal is likely to remain the mainstay of energy production for decades because of what they describe as the "tremendous challenges" of providing affordable electricity. India is already the world's second biggest consumer of coal.

A number of countries argue in favour of emerging and currently expensive technologies designed to capture and permanently store carbon dioxide underground. Saudi Arabia, China, Australia and Japan - all big producers or users of fossil fuels - as well as the organisation of oil producing nations, Opec, all support carbon capture and storage (CCS).

It is claimed these CCS technologies could dramatically cut fossil fuel emissions from power plants and some industrial sectors.

Saudi Arabia, the world's biggest oil exporter, requests the UN scientists delete their conclusion that "the focus of decarbonisation efforts in the energy systems sector needs to be on rapidly shifting to zero-carbon sources and actively phasing out fossil fuels".

Argentina, Norway and Opec also take issue with the statement. Norway argues the UN scientists should allow the possibility of CCS as a potential tool for reducing emissions from fossil fuels.

The draft report accepts CCS could play a role in the future but says there are uncertainties about its feasibility. It says "there is large ambiguity in the extent to which fossil fuels with CCS would be compatible with the 2C and 1.5C targets" as set out by the Paris Agreement. 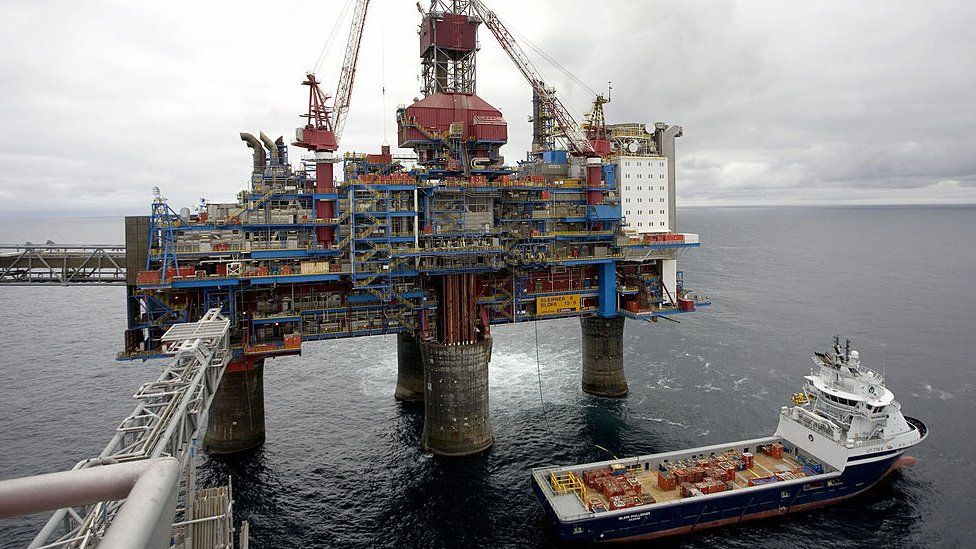 Australia asks IPCC scientists to delete a reference to analysis of the role played by fossil fuel lobbyists in watering down action on climate in Australia and the US. Opec also asks the IPCC to "delete 'lobby activism, protecting rent extracting business models, prevent political action'."

When approached about its comments to the draft report, Opec told the BBC: "The challenge of tackling emissions has many paths, as evidenced by the IPCC report, and we need to explore them all. We need to utilise all available energies, as well as clean and more efficient technological solutions to help reduce emissions, ensuring no one is left behind."

Tony Blair on climate change: "Even though the challenge is immense, there really isn't an alternative to dealing with it"

The IPCC says comments from governments are central to its scientific review process and that its authors have no obligation to incorporate them into the reports.

"Our processes are designed to guard against lobbying - from all quarters", the IPCC told the BBC. "The review process is (and always has been) absolutely fundamental to the IPCC's work and is a major source of the strength and credibility of our reports.

Professor Corinne le Quéré of the University of East Anglia, a leading climate scientist who has helped compile three major reports for the IPCC, has no doubts about the impartiality of the IPCC's reports.

She says all comments are judged solely on scientific evidence regardless of where they come from.

"There is absolutely no pressure on scientists to accept the comments," she told the BBC. "If the comments are lobbying, if they're not justified by the science, they will not be integrated in the IPCC reports."

She says it is important that experts of all kinds - including governments - have a chance to review the science.

"The more the reports are scrutinised", says Professor le Quéré, "the more solid the evidence is going to be in the end, because the more the arguments are brought and articulated forward in a way that is leaning on the best available science".

Christiana Figueres, the Costa Rican diplomat who oversaw the landmark UN climate conference in Paris in 2015, agrees it is crucial that governments are part of the IPCC process.

"Everybody's voice has to be there. That's the whole purpose. This is not a single thread. This is a tapestry woven by many, many threads."

The United Nations was awarded a Nobel Prize in 2007 for the IPCC's work on climate science and the crucial role it has played in the effort to tackle climate change.

Brazil and Argentina, two of the biggest producers of beef products and animal feed crops in the world, argue strongly against evidence in the draft report that reducing meat consumption is necessary to cut greenhouse gas emissions. 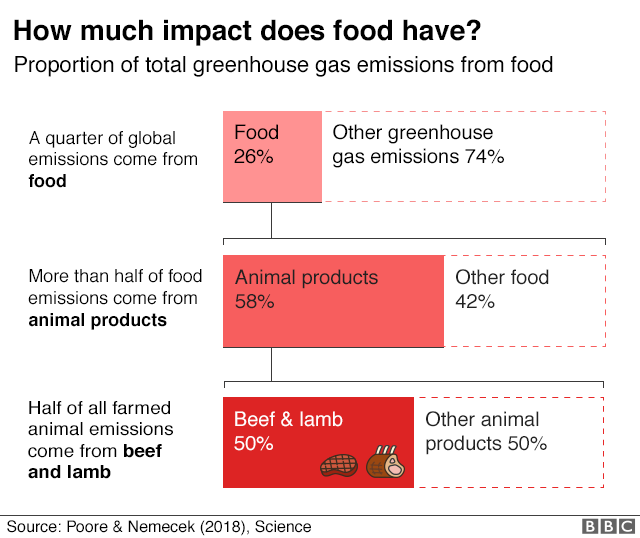 The draft report states "plant-based diets can reduce greenhouse gas emissions by up to 50% compared to the average emission intensive Western diet". Brazil says this is incorrect.

Both countries call on the authors to delete or change some passages in the text referring to "plant-based diets" playing a role in tackling climate change, or which describe beef as a "high carbon" food. Argentina also asked that references to taxes on red meat and to the international "Meatless Monday" campaign, which urges people to forgo meat for a day, be removed from the report.

The South American nation recommends "avoiding generalisation on the impacts of meat-based diets on low-carbon options", arguing there is evidence that meat-based diets can also reduce carbon emissions.

On the same theme, Brazil says "plant-based diets do not for themselves guarantee the reduction or control of related emissions" and maintains the focus of debate should be on the levels of emissions from different production systems, rather than types of food.

Brazil, which has seen significant increases in the rate of deforestation in the Amazon and some other forest areas, also disputes a reference to this being a result of changes in government regulations, claiming this is incorrect.

A significant number of Switzerland's comments are directed at amending parts of the report that argue developing countries will need support, particularly financial support, from rich countries in order to meet emission reduction targets.

It was agreed at the climate conference in Copenhagen in 2009 that developed nations would provide $100bn a year in climate finance for developing countries by 2020, a target that has yet to be met. 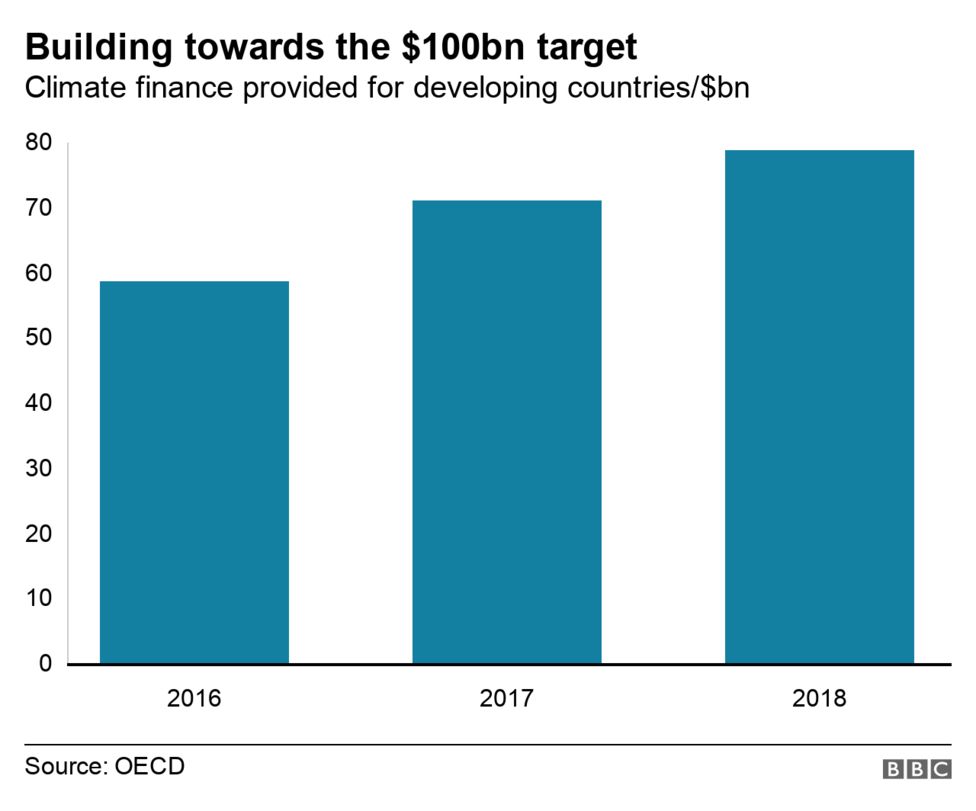 Australia makes a similar case to Switzerland. It says developing countries' climate pledges do not all depend on receiving outside financial support. It also describes a mention in the draft report of the lack of credible public commitments on finance as "subjective commentary".

The Swiss Federal Office for the Environment told the BBC: "While climate finance is a critical tool to increase climate ambition, it is not the only relevant tool.

"Switzerland takes the view that all Parties to the Paris Agreement with the capacity to do so should provide support to those who need such support."

A number of mostly eastern European countries argue the draft report should be more positive about the role nuclear power can play in meeting the UN's climate targets.

India goes even further, arguing "almost all the chapters contain a bias against nuclear energy". It argues it is an "established technology" with "good political backing except in a few countries".