George Scott
Editor- environmental activist
UN scientists have unveiled a plan that they believe can limit the root causes of dangerous climate change.

A key UN body says in a report that there must be "rapid, deep and immediate" cuts in carbon dioxide (CO2) emissions.

Global emissions of CO2 would need to peak within three years to stave off the worst impacts.

Even then, the world would also need technology to suck CO2 from the skies by mid-century.

After a contentious approval session where scientists and government officials went through the report line by line, the UN's Intergovernmental Panel on Climate Change (IPCC) has now published its guidance on what the world can do to avoid an extremely dangerous future.

First, the bad news - even if all the policies to cut carbon that governments had put in place by the end of 2020 were fully implemented, the world will still warm by 3.2C this century.

This finding has drawn the ire of the UN Secretary General Antonio Guterres. 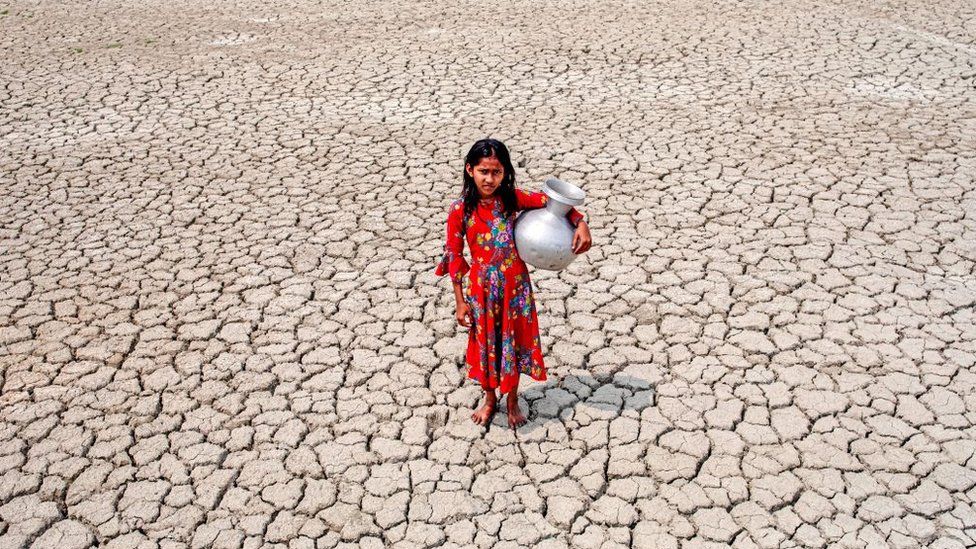 Drought is having an impact in many countries including Bangladesh

"Some government and business leaders are saying one thing - but doing another. Simply put, they are lying. And the results will be catastrophic."

That sort of temperature rise would see our planet hit by "unprecedented heatwaves, terrifying storms, and widespread water shortages".

To avoid that fate, the world must keep the rise in temperatures at or under 1.5C this century, say researchers.

The good news is that this latest IPCC summary shows that it can be done, in what Mr Guterres calls a "viable and financially sound manner".

But keeping temperatures down will require massive changes to energy production, industry, transport, our consumption patterns and the way we treat nature.

To stay under 1.5C, according to the IPCC, means that carbon emissions from everything that we do, buy, use or eat must peak by 2025, and tumble rapidly after that, reaching net-zero by the middle of this century.

To put it in context, the amount of CO2 that the world has emitted in the last decade is the same amount that's left to us to stay under this key temperature threshold.

"I think the report tells us that we've reached the now-or-never point of limiting warming to 1.5C," said IPCC lead author Heleen De Coninck, who's Professor of Socio-Technical Innovation and Climate Change at Eindhoven University of Technology.

Speaking to BBC News she said: "We have to peak our greenhouse gas emissions before 2025 and after that, reduce them very rapidly.

"And we will have to do negative emissions or carbon dioxide removal in the second half of the century, shortly after 2050, in order to limit warming to 1.5C." 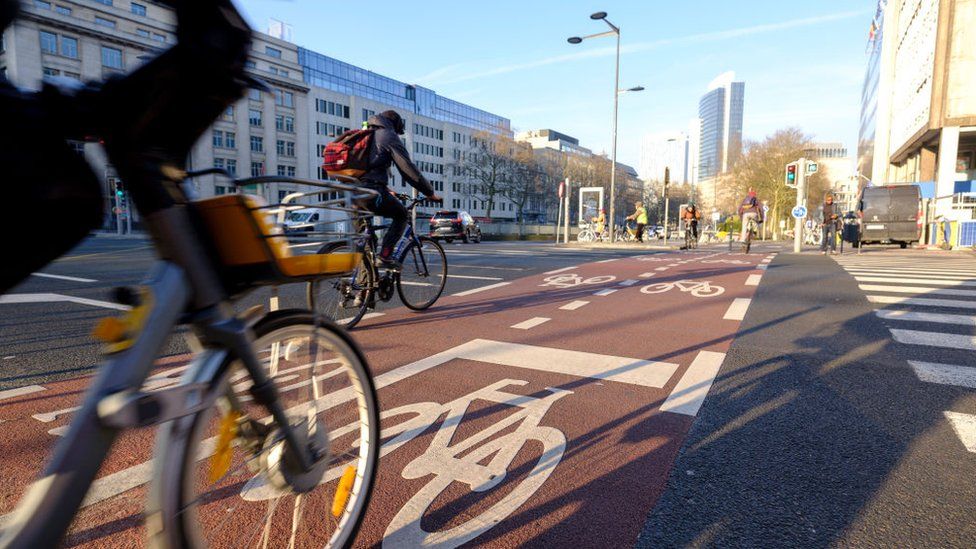 The next few years are critical, say the researchers, because if emissions aren't curbed by 2030, it will make it nigh on impossible to limit warming later this century.

Key to that in the short term will be how we generate energy. Luckily, solar panel and wind turbines have never been cheaper, having fallen in cost by around 85% over the past decade.

"It's game over for the fossil fuels that are fuelling both wars and climate chaos," said Kaisa Kosonen from Greenpeace, who was an observer at the IPCC approval session.

"There's no room for any new fossil fuel developments, and the coal and gas plants we already have need to close early."

But diets and lifestyles will also need changing, with huge scope for major carbon savings, according to the authors.

"Having the right policies, infrastructure and technology in place to enable changes to our lifestyles and behaviour can result in a 40-70% reduction in greenhouse gas emissions by 2050. This offers significant untapped potential," said IPCC Co-chair Priyadarshi Shukla.

"The evidence also shows that these lifestyle changes can improve our health and wellbeing."

In practice, this means governments doing more to encourage walking and healthy eating, and putting in place the infrastructure for far more electric vehicles.

One of the most contentious aspects of the report concerns the removal of carbon dioxide from the atmosphere.

This can be done in a number of different ways, including through planting trees and making changes to farming practices. 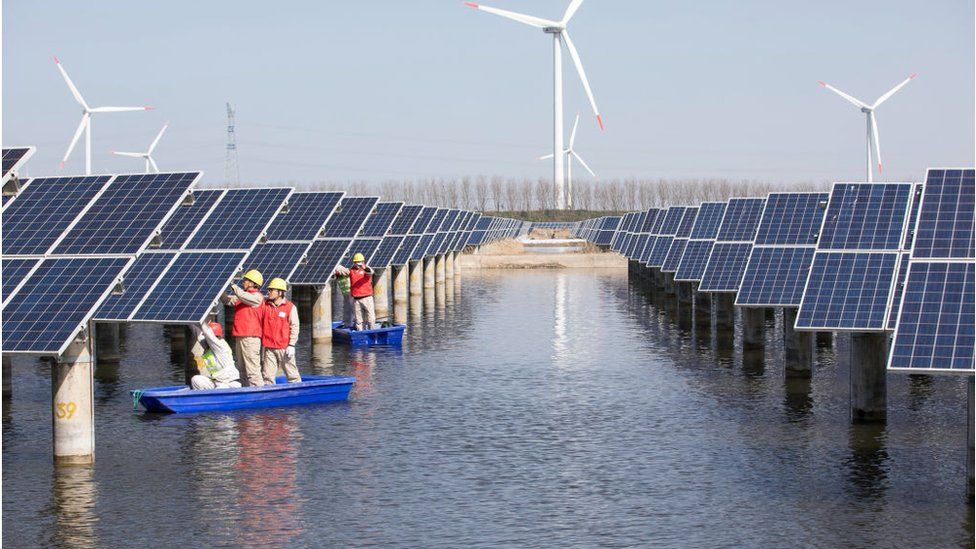 Solar power has fallen dramatically in price in the last decade

But the report finds that to keep warming from going over the dangerous 1.5C threshold, we will need more than new forests.

Keeping temperatures down will require machines to remove CO2 directly from the atmosphere.

This is very contentious as the technology is new and currently very expensive.

Some participants in the IPCC process are highly sceptical that these approaches will work.

"The idea of quick emissions reductions and large negative emissions technologies are a concern," said Prof Arthur Petersen, from UCL, who was an observer in the approval session.

"There are a lot of pipe dreams in this report."