George Scott
Editor- environmental activist
Fires in Brazil's Amazon rainforest surged in August to the highest for the month since 2010, surpassing the blazes in August 2019 that drew global attention soon after President Jair Bolsonaro took office.

SAO PAULO, Aug 31 (Reuters) - National space research agency INPE registered 31,513 fire alerts in the Amazon via satellite in the first 30 days of the month, making it the worst August since 2010, when fires totaled 45,018 for the full month.

Most of INPE's Amazon fire alerts in an average year come in August and September – considered the burning season in the region, when rains often subside to let ranchers and farmers often set fire to deforested areas.

With one day left, fires this month are already up 12.3% from August 2021 and roughly 20% above the average for the month in the INPE data series since 1998.

The uptick comes ahead of an October presidential election with leading candidates sharply at odds over destruction of the Amazon rainforest.

Experts blame Bolsonaro for rolling back environmental protections in Brazil, opening the way for loggers and ranchers to illegally clear more of the Amazon since he took office in 2019. 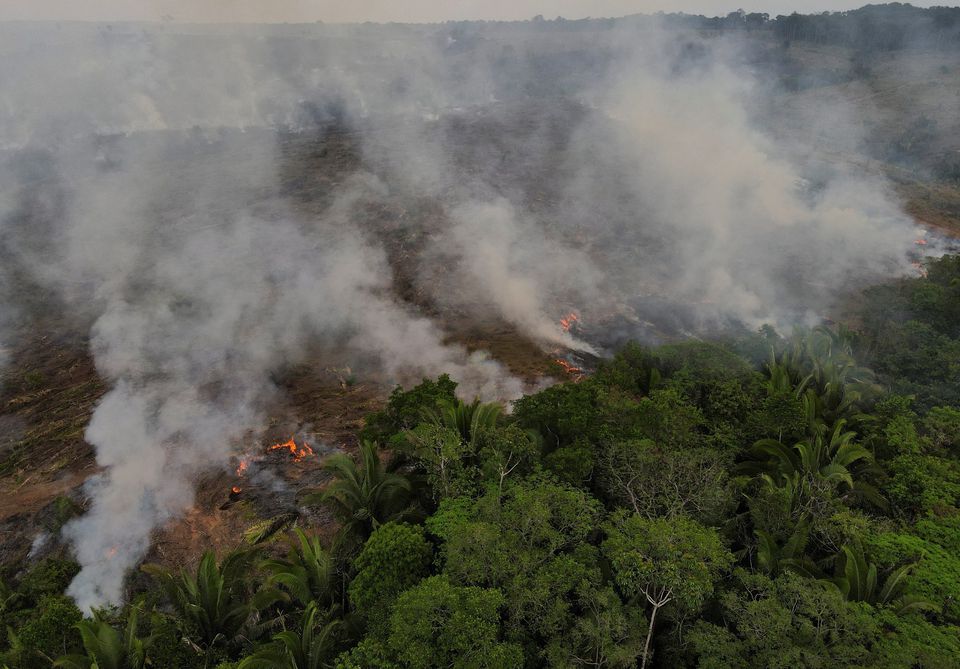 Bolsonaro's office and the Environment Ministry did not immediately respond to Reuters requests for comment.

Preliminary data showed that deforestation of the Brazilian Amazon in the first seven months of this year totaled an area roughly seven times the size of New York City – the most for the period in at least six years.