Hannah Steiner
marine wildlife conservation and environmental activist
The Amazon rainforest is considered to represent one of the world's tipping points, where small, gradual changes can eventually lead to a large, sudden, permanent change.

An international team of climate scientists has found evidence suggesting that deforestation in the Amazon rainforest is influencing weather in Tibet, more than 15,000 kilometers away. In their paper published in the journal Nature Climate Change, the researchers describe possible long-range impacts of deforestation of the Amazon rainforest. Valerie Livina, with the U.K.'s National Physical Laboratory, has published a News & Views piece in the same journal issue outlining the Hopf bifurcation theory and how it relates to climate tipping points and the work done by the team on this new effort.

The Amazon rainforest is considered to represent one of the world's tipping points, where small, gradual changes can eventually lead to a large, sudden, permanent change. As deforestation progresses, it edges ever closer to this tipping point, at which point scientists believe the rainforest cannot be returned to its natural state, even if all of the cutting was stopped and the trees replanted.

In this new effort, the researchers note that cutting down the forest has been going on for decades, and climate data has been gathered during the same time period. They wondered what impact the slowly diminishing rainforest might have on distant regions around the globe. To that end, they obtained and analyzed global climate data covering the years 1979 to 2019, looking for associations.

They were surprised to find that due to tree loss, warmer temperatures in the Amazon correlated with rising temperatures in Tibet and the West Antarctic ice sheet. They also found that when it rained more in the Amazon, there tended to be less precipitation in both of the other two regions. 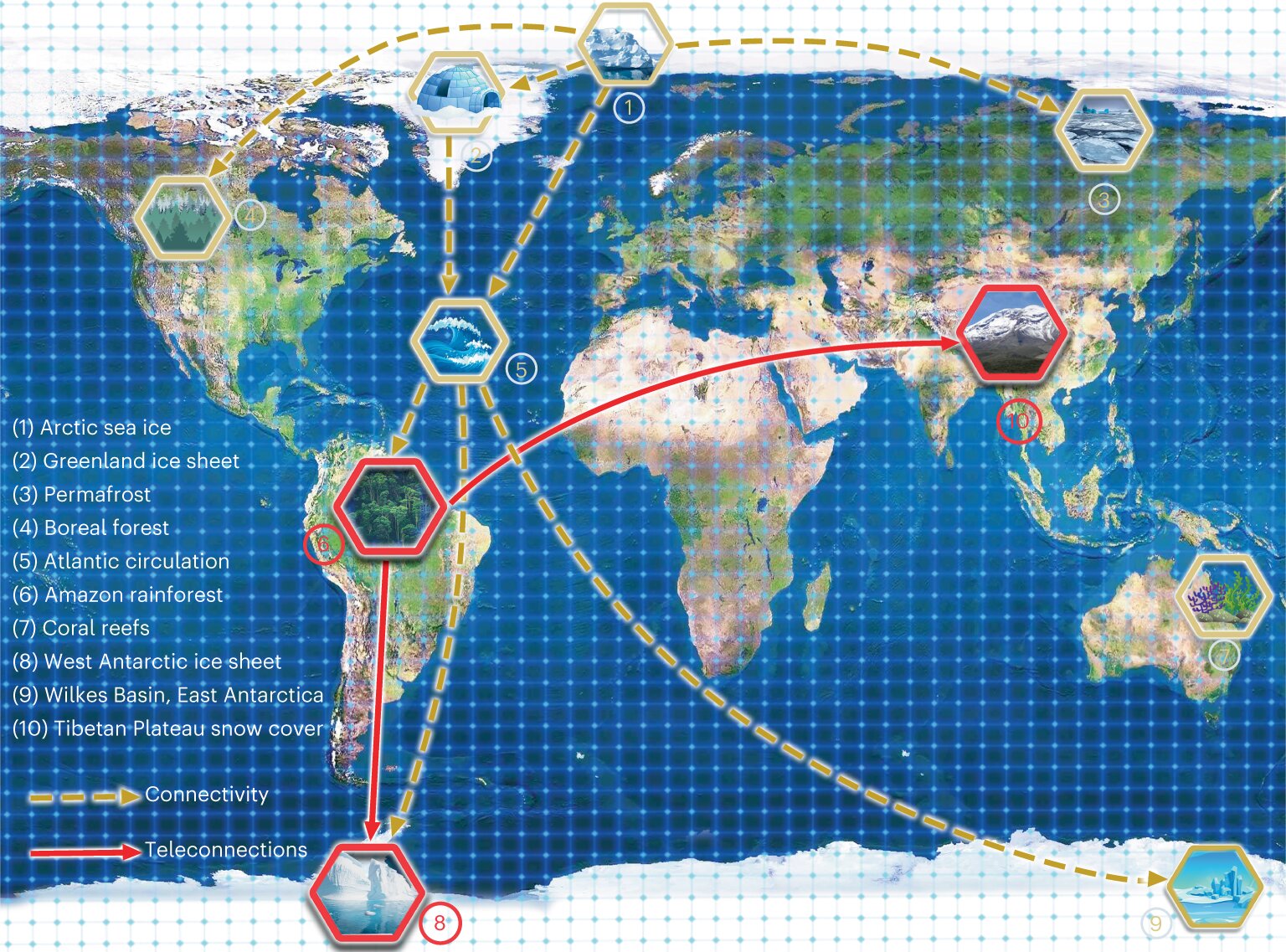 The researchers were able to trace the route of climate change as the size of the rain forest grew smaller. Its approximate path, they saw, could be charted first to southern Africa, and then on up to the Arabian Peninsula and finally over to Tibet. The trip was found to take just a little over two weeks.

This finding, the researchers note, suggests that if a tipping point is reached in the Amazon, it could create a tipping point in Tibet, where temperatures and rainfall would be permanently impacted. They note that prior research has already shown that warming is proceeding faster in Tibet and the Arctic than the global average.