Liang Lan
Marine and Environmental Scientist
Hammered by climate change and relentless deforestation, the Amazon rainforest is losing its capacity to recover and could irretrievably transition into savannah, with dire consequences for the region and the world, according to a study published Monday.

"Savannification" of the Amazon would be hugely disruptive, in South America and across the globe.

Researchers warned that the results mean the Amazon could be approaching a so-called "tipping point" faster than previously understood.

Analysing 25 years of satellite data, researchers measured for the first time the Amazon's resilience against shocks such as droughts and fires, a key indicator of overall health.

This has declined across more than three-quarters of the Amazon basin, home to half the world's rainforest, they reported in Nature Climate Change.

In areas hit hardest by destruction or drought, the forest's ability to bounce back was reduced by approximately half, co-author Tim Lenton, director of the University of Exeter's Global Systems Institute, told AFP.

"Our resilience measure changed by more than a factor of two in the places nearer to human activity and in places that are driest," he said in an interview.

Climate models have suggested that global heating—which has on average warmed Earth's surface 1.1 degrees Celsius above preindustrial levels—could by itself push the Amazon past a point of no return into a far drier savannah-like state.

If carbon pollution continues unabated, that scenario could be locked in by mid-century, according to some models.

"But of course it's not just climate change—people are busy chopping or burning the forest down, which is a second pressure point," said Lenton.

"Those two things interact, so there are concerns the transition could happen even earlier."

Besides the Amazon, ice sheets on Greenland and the West Antarctic, Siberian permafrost loaded with CO2 and methane, monsoon rains in South Asia, coral reef ecosystems, and the Atlantic ocean current are all are vulnerable to tipping points that could radically alter the world as we know it. 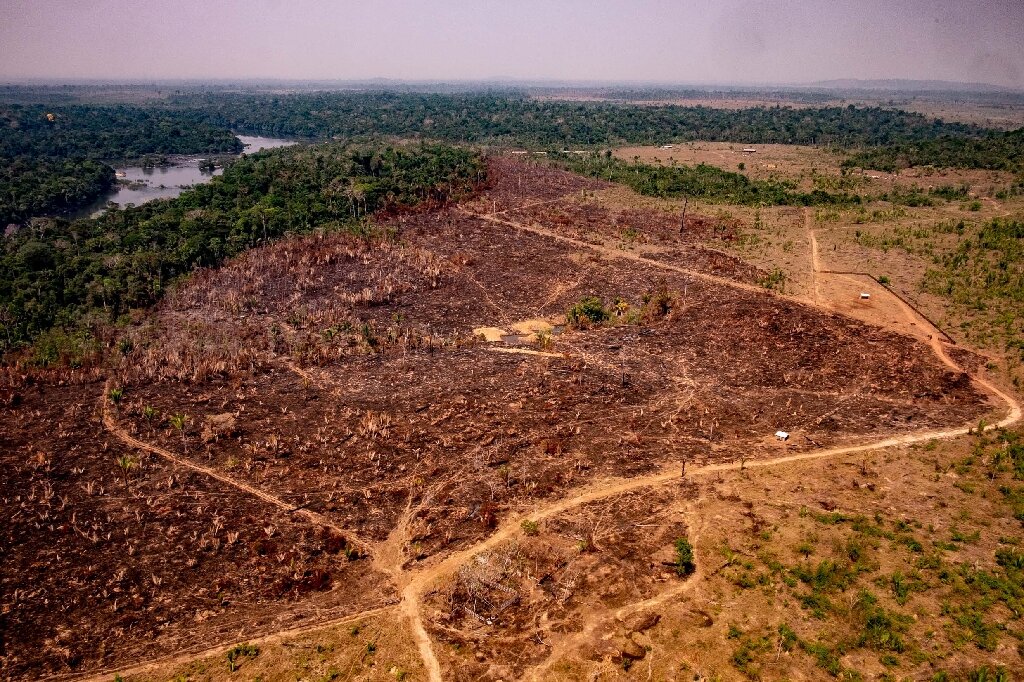 Scientists reported recently that Brazil's rainforest—60 percent of the Amazon basin's total—has shifted from a "sink" to a "source" of CO2, releasing 20 percent more of the greenhouse gas into the atmosphere over the last decade than it absorbed.

Terrestrial ecosystems worldwide have been a crucial ally as the world struggles to curb CO2 emissions. Vegetation and soil globally have consistently absorbed about 30 percent of carbon pollution since 1960, even as emissions increased by half.

"Savannification" of the Amazon would be hugely disruptive, in South America and across the globe.

Some 90 billion tonnes of CO2 stored in its rainforest—twice worldwide annual emissions from all sources—could be released into the atmosphere, pushing global temperatures up even faster.

Regionally, "it's not just the forests that take a hit", said Lenton. "If you lose the recycling of rainfall from the Amazon, you get knock-on effects in central Brazil, the country's agricultural heartland."

"Many researchers have theorised that a tipping point could be reached," said co-author Niklas Boers, a professor at the Potsdam Institute for Climate Impact Research in Germany.

"Our study provides vital empirical evidence that we are approaching that threshold." 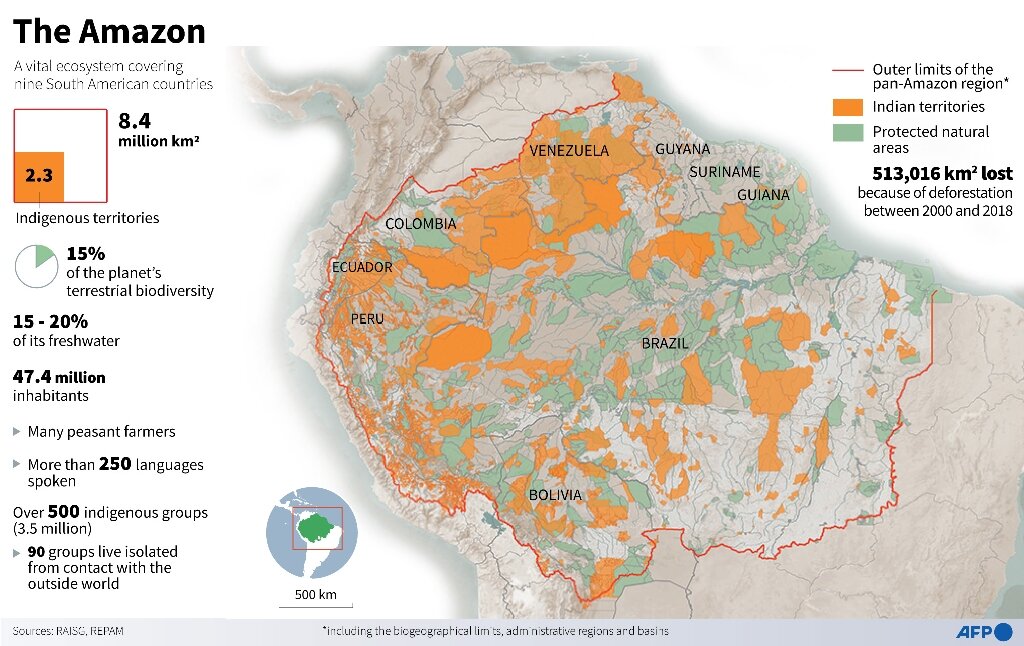 The Amazon basin in home to half the world's rainforest.

When you're sure, it's too late

To assess change in the resilience of the rainforest, Lenton, Boers and lead author Chris Boulton from Exeter University analysed two satellite data sets, one measuring biomass and the other the "greenness" of the canopy.

"If too much resilience is lost, dieback may become inevitable—but that won't become obvious until the major event that tips the system is over," said Boers.

There may be a "saving grace" that could pull the Amazon back from the brink.

"The rainforest naturally has a lot of resilience—this is a biome that weathered the ice ages, after all," said Lenton.

"If you could bring the temperature back down again even after passing the tipping point, you might be able to rescue the situation."

"But that still puts you in the realm of massive carbon dioxide removal, or geoengineering, which has its own risks."

Just under 20 percent of the Amazon rainforest—straddling nine nations and covering more than five million square kilometres (two million square miles)—has been destroyed or degraded since 1970, mostly for the production of lumber, soy, palm oil, biofuels and beef.