George Scott
Editor- environmental activist
The number of trees cut down in the Brazilian rainforest in January 2022 is the highest amount ever recorded in that month according to new data.

The area destroyed in January 2022 was five times larger than the same time the previous year, research from Brazil's space agency (Inpe) has shown.

Deforestation totalled 430 square kilometres (166 square miles) in January - which is almost the size of Greater Manchester or 40,000 football pitches.

Protecting the Amazon is important in helping to tackle climate change.

Deforestation is when trees are pulled down for materials, or to make space for farming or houses.

Rainforests absorb carbon dioxide and are seen as one of the best tools against climate change.

When forests are cleared or burnt, stored carbon is released into the atmosphere, mainly as carbon dioxide.

It also affects indigenous people who reply on the forest for shelter and food.

Deforestation of the Amazon has increased under Brazilian President Jair Bolsonaro, who has taken away many of the environmental protections which prevented the rainforest's destruction.

Environmentalists say people are illegally clearing land because there is no fear of punishment.

High prices for beef, soy and other commodities are also increasing the demand for cheap land. 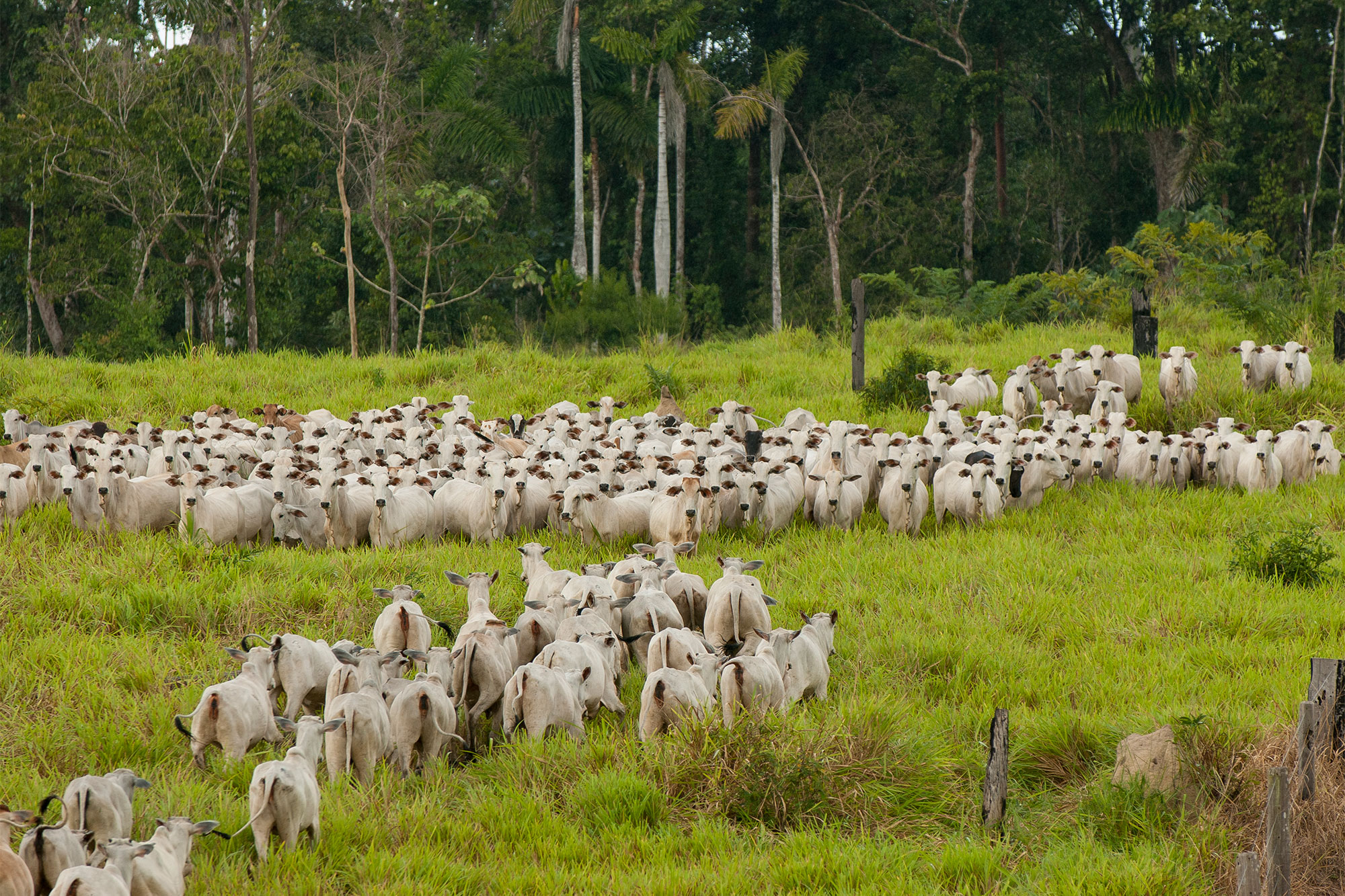 At the COP26 global climate conference in Glasgow held last year, Brazil was one of the countries that pledged to end and reverse illegal deforestation.

Soon after these commitments Inpe released data showing deforestation of the Brazilian rainforest was at its highest for 15 years.

The Brazilian government argues that making comparisons using single months does not provide the best picture.

It says from August 2021 to January 2022 deforestation fell slightly compared to the same period the previous year.