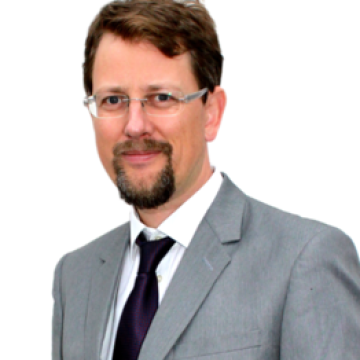 Vegard Skirbekk
Professor at Columbia University in New York, Research Leader at the Centre for Fertility and Health
We really need to recognize that people’s psychology and social contexts affect how they feel about the environment, as well as their willingness and ability to channel concern about the environment into actual behavior.

This interview was conducted by Debbie Banks

Are environmental problems accepted as one of the real concerns of today's societies?

There is certainly greater societal awareness of environmental problems, and more awareness of how different factors like recycling, energy use and consumption patterns affect the environment. A brand new study from the PEW research center found that 72% of the people surveyed in 17 advanced economies in North America, Europe and Asia-Pacific are somewhat or very concerned that they will be directly harmed by climate change in their lifetimes (PEW, 2021). More and more businesses are actively striving to reduce their impact on the planet and develop new technological solutions. The increasing number of governments are starting to take action, too. This is really important. But we still need many more people to adapt their everyday behavior. Everyone knows how effortful it can be to change their own or someone else’s behavior. Information is not enough. Successful behavior change also depends on how people see themselves and how they approach and interact with the world. It depends on the type of social systems and institutions we are a part of. We really need to recognize that people’s psychology and social contexts affect how they feel about the environment, as well as their willingness and ability to channel concern about the environment into actual behavior.

Does belief or non-belief in religion have any impact on societies' attitudes towards the environment?

Absolutely. People’s own religious beliefs and the beliefs of the people around them influence their convictions, behavior and social relationships. A rejection of material wealth accumulation and greed as an ideal is common in the teachings of the world’s major faiths. Thus, being religious can motivate people to reduce consumption. Many highly devout people even explicitly strive toward poverty. This can include imams, rabbis, clerics, nuns and other religiously devout followers. Against the backdrop of our environmental challenges, religious devotees vowing to live in poverty provide important role models for how we can live more simply and consume less.
Another way that religious beliefs can impact environmental attitudes and behaviors is through fertility - that is, how many children people have. Even as educational attainment and contraceptive access are the most important determinants of fertility change, religion is also a key driver. Religion remains a key driver to childbearing also after other important drivers of childbearing, such as education, are controlled for (Dilmaghani, 2018; Peri-Rotem, 2020; Stonawski, Potančoková, et al., 2015). Most religions encourage people to have many children, and on average more religious individuals have a higher number of children across major faiths (except for Buddhists). The number of children we have is likely to have a far greater impact effect on the environment than how often we fly; how much meat we eat or how we heat our homes. Religious leaders need to reconsider whether encouraging people to have many children is really consistent with their faith given the environmental challenges we all face. My forthcoming book “Decline and Prosper!” (Palgrave MacMillan, expected February 2022) addresses how fertility is related to both religion and the environment.

How do you assess the West's view of Muslims in particular, as societies that do not care about environmental issues? Is this view correct?

I think it is really important not to think of Muslims or Muslim societies as homogenous groups. It should not be surprising that Muslims in, say, Malaysia or Kenya, have different attitudes and behaviors than Muslims in Saudi Arabia or the United States, for instance, or that a highly-educated Muslim thinks and behaves differently than a Muslim with little schooling. There really is a lot of diversity within the category “Muslim”.
That said, there is plenty of evidence that, on the whole, Muslims and Muslim societies definitely do think and care about environmental issues. It is worth noting that 73% of Muslims in Azerbaijan and 60% of Muslims in Turkey agree that climate change is a serious problem. That is similar to the level of agreement observed in Sweden (77%) and Germany (63%) – two predominantly Christian countries commonly perceived as environmentally progressive (European Bank for Reconstruction and Development, 2010).
A few years ago, my colleague Konrad Pędziwiatr and I surveyed 150 Muslim leaders from around the world. The leaders we interviewed agreed that Islam definitely incorporates values and principles that can help address our current environmental challenges. The leaders frequently cited the Islamic ideas of custodianship (Khalifah, that people are not the masters but merely the custodians of the Earth appointed by Allah) and Mizan (“the delicate balance of nature”). Half of the Muslim leaders we interviewed said that they had thought a lot about climate change before taking our survey, and 76% agreed that dealing with climate change should be a priority, even if it causes slower economic growth and some loss of jobs (Skirbekk & Pedziwiatr, 2018).

Can a better future for the environment be imagined by strengthening the relationship between religion and human beings as the “custodians of the Earth”?

Yes. Getting religious leaders on board could have an immensely positive impact on the future of our planet. In the rather secularized West, it can be easy to forget how important religion is for the vast majority of people on the planet. Currently, 84% of the global population is affiliated with a religion (Stonawski, Skirbekk, et al., 2015). The percentage is even higher in the countries most likely to be affected by climate change (see Figure 1, (Skirbekk, 2021)). 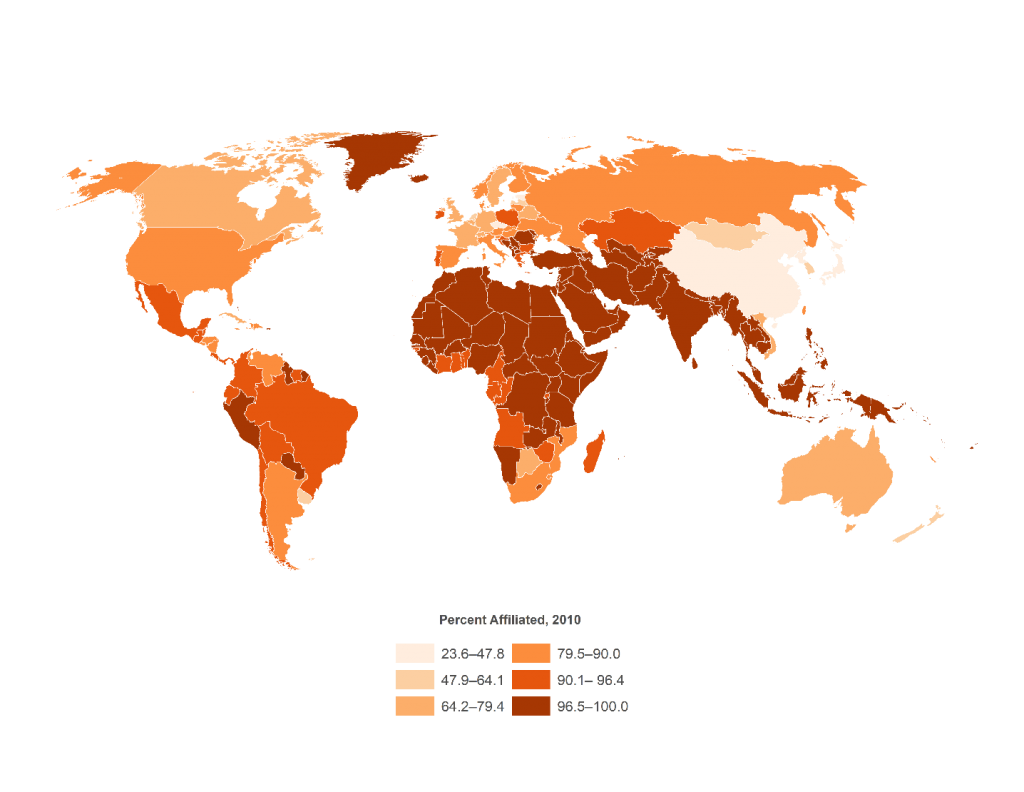 Percentage of the national population affiliated with a religion.

Religious leaders have the power to mobilize entire communities to sacrifice for a greater cause – precisely what we need in the current era. So far, however, much of the environmental discourse has tended to ignore religion or be hesitant to consider religion when discussing environmental issues. I think that’s a big mistake. Unless you get religious leaders onboard, environmental policies are far more likely to fail and widespread behavior change is just not going to happen. Moreover, I see solving our environmental challenges as a great opportunity for more interfaith dialogue and understanding. I hope that leaders and members of the world’s religions will increasingly see the benefits of coming together and work toward addressing constructively the issue of climate change.