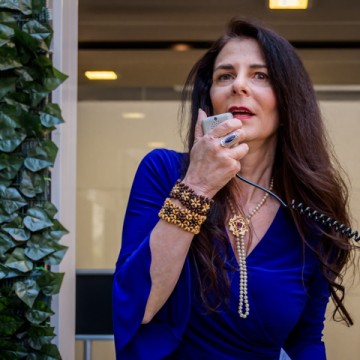 She works nationally and internationally with grassroots and Indigenous leaders, policy-makers and scientists to promote climate justice, resilient communities, and a just transition to a decentralized, democratized energy future. She serves on the Executive Committee for the Global Alliance for the Rights of Nature and Osprey is the Co-Director of the Indigenous Women's Divestment Delegations, and actively leads WECAN's advocacy, policy and campaign work in areas such as Women for Forests, Divestment and Just Transition, Indigenous Rights, a Feminist Agenda for a Green New Deal, and UN Forums. Osprey is the author of the award-winning book,"Uprisings for the Earth: Reconnecting Culture with Nature."

What was the vision/inspiration behind founding the Women's Earth and Climate Action Network (WECAN) International?

Since my youth, I have always been very concerned about the devastation humans are causing to our Mother Earth. My life focus has been a call to action for our very survival and that of future generations, which is inextricably connected to the web of life, to the water, forests, and the climate. WECAN International's development was catalyzed by our historic 2013 International Women's Earth and Climate Summit, which brought together more than 100 women leaders from around the globe to raise their voices, unite and collaborate for just climate change solutions. Over the course of the Summit, the need for a long-term, diverse and decentralized mechanism for feminist climate justice organizing became clear - and the organization was born.

Tell us about your Organization's initiatives to educate a global audience about climate-change.

The Women's Earth and Climate Action Network (WECAN) International was created to accelerate a global women's movement for the protection and defense of the Earth's diverse ecosystems and communities. We are particularly centering grassroots, frontline and Indigenous, Black and Brown leaders.

​We know that we are in dire need of a paradigm shift and an upwelling of global action, and that the window for meaningful action on the climate crisis will not be open for long. We also know that due to gender inequality worldwide, women are impacted  first and worst by climate change, yet they are simultaneously crucial leaders in generating a sustainable path toward climate justice.

At WECAN, we focus on short-term and long-term systemic change and solutions to address the climate crisis and the root causes of environmental degradation and socio-economic inequalities. To build a foundation for deep systemic change, which is necessary at this moment to care for our communities and the Earth, it is vital to uplift and amplify women's unique leadership, Indigenous cultural and ecological knowledge, as well as the deep political analysis of historically marginalized Black, Brown, and Indigenous frontline communities and justice movements, while we continue to challenge corporate power. WECAN has a broad range of on the ground projects and campaigns, but in regard to our educational programing, we organize online webinars, in-person events, and actions to support and educate global community members about the intersections between gender, colonization, racism and the climate crisis. We also host the digital Women Speak storytelling database, which offers thousands of stories by and about women leading struggles and solutions for climate justice under a variety of cross-sectional themes.

Tell us about your campaign 'Women for Forests' program.

The WECAN International 'Women for Forests' program aims to support a diverse constituency of international women as they rise up to protect forests, and prevent and shut down extractive industries threatening the Earth's critical living systems and our global communities.

We have programs in the Amazon Rainforest, the Itombwe Rainforest in the Democratic Republic of Congo, and in the Tongass Rainforest of Alaska. We work with Indigenous and local communities on the ground to defend and protect ancient old-growth forests, support reforestation efforts, and resist threats from fossil fuel leasing and development, mining, and mega dams.

​Through all our programs we center the leadership and work of women forest defenders who are under great threat as they continue to fight for their communities and forest homelands. We also support leaders in their outreach and advocacy at international forums, with elected officials, and at the United Nations and other institutions, in order to create further international pressure and visibility to protect their forest homelands. Additionally, WECAN organizes delegations of women forest defenders for advocacy engagements with financial institutions complicit in deforestation and extraction to bring awareness to the impacts of extractive projects and advocate for Indigenous Rights and sovereignty.

Tell us about your work concerning Rights of Nature' framework and legal system.

​The majority of the world's legal frameworks treat nature as property, meaning that life-giving rivers, forests and mountains are seen as objects to be sold and consumed. Legal systems built on the premise of Rights of Nature challenge the idea that natural communities and ecosystems are property to be exploited endlessly by humans, and instead recognize the Earth as a living, rights-bearing entity. It is a framework that can, in part, help to restore the ancient and life-sustaining concepts that have been obscured by dominant and exploitative social, political, legal and economic structures.

Hand in hand with our advocacy for Rights of Nature is an emphasis on the importance of Indigenous wisdom in guiding the development of Earth Laws. It is vital to support intercultural dialogue, led by Indigenous voices, on the meaning, the implications and the best implementation of Rights of Nature - and to uplift various political struggles faced by Indigenous peoples all over the world in defending their ancestral homelands from cultural and environmental destruction. 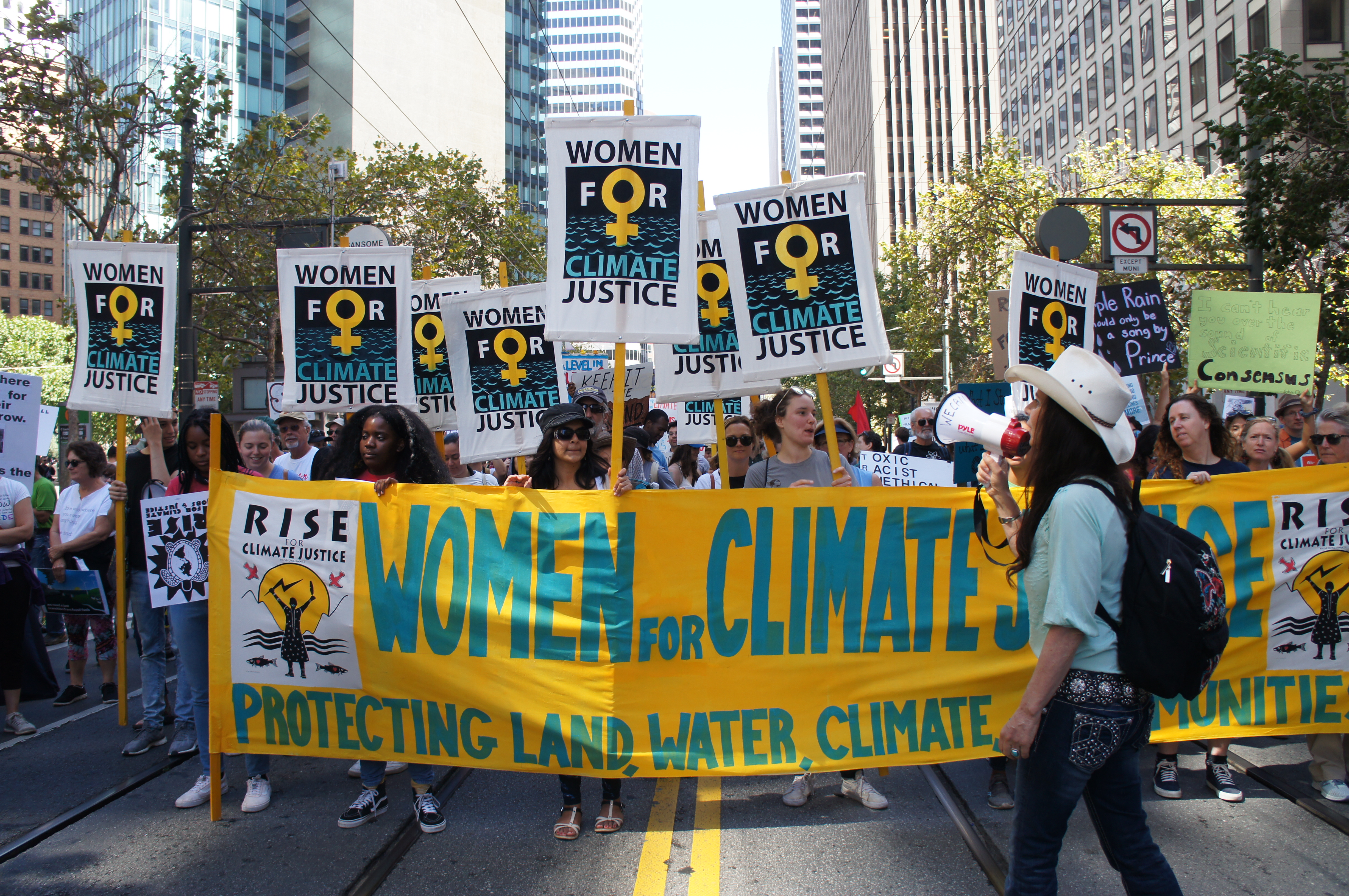 In a hopeful development, this year ahead of Climate Week NYC, in back-to-back landmark decisions, top government officials were held to be negligent in tackling air pollution which has worsened the impact of the global pandemic.

An Indonesian court, in a landmark decision has ruled that President Joko Widodo and other top officials have been negligent in tackling air pollution, since Jakarta's particulate pollution levels are six times the World Health Organization's guideline level, according to the University of Chicago's Air Quality Life Index.

France's former health minister Agnès Buzyn also has been charged over her handling of the COVID-19 pandemic after investigators at a special court in Paris concluded there were grounds to prosecute her. Buzyn said in January 2020 that there was "practically no risk" of importing COVID-19 from the Chinese city at the origin of the outbreak, Wuhan, and then said the "risk of a spread of the coronavirus among the population is very small".

What are your thoughts on these first of its kind legal decisions given that among the most impacted sectors from the pandemic, which has been made worse by pollution, have been women?

In 2021, WECAN released the report, "Gendered and Racial Impacts of the Fossil Fuel Industry in North America and Complicit Financial Institutions: A Call to Action for the Health of our Communities and Nature in the Climate Crisis." The report addresses the disproportionate gender and race-specific health and safety impacts as well as human and Indigenous rights issues of fossil fuel extraction and infrastructure in the United States and Canada. One primary finding of the report was how pollution is negatively impacting women and children's health, from increased rates of cancer and asthma to the poisoning of their community's waters and soils. Fossil fuel derived pollution continues to put women at risk. Governments, fossil fuel companies, and financial institutions complicit in that pollution must be held accountable for those impacts, and set a new course that centers justice, respect for Indigenous rights, and a circular, care economy.

This year as part of Climate Week NYC and in parallel to the UN General Assembly your organization held the virtual Women's Earth and Climate Action Network (WECAN) International is organizing the 'Global Women's Assembly for Climate Justice: Solutions from the Frontlines and the Protection and Defense of Human Rights and Nature', a free, gender-diverse, public forum. Tell us about this.

The 'Global Women's Assembly for Climate Justice: Solutions from the Frontlines and the Protection and Defense of Human Rights and Nature,' was a 6-day free, gender-diverse, public forum that took place virtually from September 25-30.

During the Assembly, thousands of attendees from around the world joined us throughout the week to hear from 100+ climate leaders from 40 countries across 20 unique panel sessions. We discussed struggles, solutions, and visions for climate justice, including the intersectionality of gender, racial and environmental justice; Indigenous rights and resistance efforts; the just transition to renewable, regenerative energy; feminist global policy; women and forest protection and regeneration; fossil fuel resistance campaigns; agro-ecology/farming/soils; environmental racism; feminist care economics and policy agendas; rights of nature; challenging corporate power;  women and feminist leadership across all sectors; and much more . You can watch all the Assembly session recordings here.

As part of the Assembly we also delivered a powerful Call to Action to governments and financial institutions worldwide, signed by over 140 organizations, representing millions globally. The Call to Action outlines steps that governments and financial institutions can take to meet the urgency of this moment and bring forward strategic plans and policies that actually help us stay below 1.5 degrees global warming in alignment with the Paris Climate Agreement.

In the lead up to COP26 we know it is vital to ensure the voices of women and gender-diverse global climate leaders are amplified and heard. Our stories, projects, campaigns, programs, and visions will help build the just climate world we know is necessary and possible.

How can women get involved with your Organization?