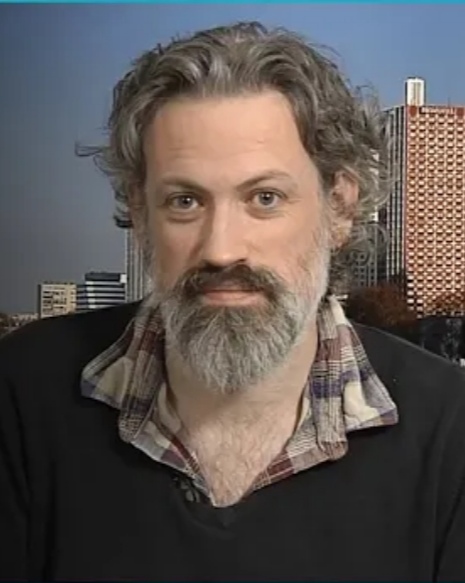 Ben See
Teacher, Climate Activist
Chemicals in plastics are leading us towards the dangers of human infertility (theoretically as early as 2045) according to recent research.

This interview was conducted by Rebecca Herbert

Why is plastic so cheap? Is it because of subsidies or large loans from banks to plastic giants such as Coca-Cola, Nestlé and Pepsi?

There is no room for common sense or logic in this extinction economy. Short-term profit dominates, with the natural world exploited or treated with indifference. Bank loans and subsidies are certainly part of the problem, however, total system change away from corporations and economic growth will be required to stop deadly plastic overproduction & pollution.

Mentioned earlier that there is plastic in human blood, please explain more about this.

Plastics, including microplastics, are now everywhere. They're in our blood, they're in the air we breathe, they've reached the deepest reaches of the ocean and they circle the Earth as space junk. Chemicals in plastics are leading us towards the dangers of human infertility (theoretically as early as 2045) according to recent research.

Plastic is now in

And it kills millions every year.

1. the curve from sperm-decline meta-analysis predicts that by 2045 median sperm counts will reach zero (because of chemicals in plastics) with no evidence the trend is tapering off

2. by 2045 global warming of >2°C may subject humans to thermal infertility

Why don't the horrible news and facts about pollution, especially plastic pollution, never make the headlines in magazines and the media?

State-corporate media are owned/influenced by the same groups of fossil capitalists who run the petro-chemical industry. They don't want people to fully grasp such issues because profit-threatening changes would likely be demanded by the public.

What factors can make plastic production a win-win situation for manufacturers and the environment?

There are no possible win-win situations in this economic system which is based around incredibly intense concentrations of wealth and power. It is inherently destructive. We need rapid post-growth action to shift to a post-capitalist society.

What are environmental groups like Tired Earth and campaigns like #plasticfreesummer role in increasing public awareness to deal with plastic pollution?

Industrial 'civilization' is endangering 50%-75% of species. People must be informed that immediate, deep structural changes are vital for decent survival in the coming decades and centuries. Raising awareness of this is crucial.

If there is something you want to tell our audience, we will be happy to hear it.

In this time of mass extinction, it can be hard for people not to despair at the idea that we need a new political economy. But resisting this reality will have grave consequences. Sudden, profound change towards a post-growth economy is both possible and necessary. It will never be too late to try to limit the damage and suffering, though at some point the destruction and pollution likely become too much.