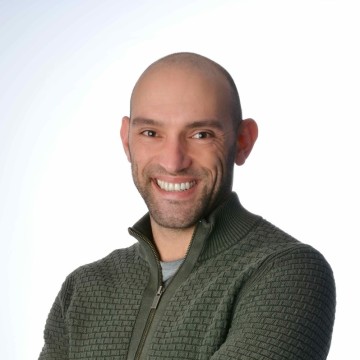 Alex Rafalowicz Maya
None
While the Paris Agreement is a historic international climate mechanism, it doesn’t mention coal, oil and gas once and must be complemented by a specific treaty focussed on managing a just transition away from fossil fuels. For now, there is no legal binding agreement to phase-out fossil fuels.

Tell us about the Fossil Fuel Non-Proliferation Treaty Initiative.

The Fossil Fuel Non-Proliferation Treaty is a big, bold new proposal as a complement to the Paris Agreement to foster international cooperation to accelerate the fair and equitable shift away from oil, gas and coal that is needed to meet our 1.5ºC target.

It’s been pushed by a civil society coalition made up of Indigenous nations, trade unions, faith leaders and institutions, development agencies, human rights campaigners, environmental NGOs, and ordinary people from almost every country on Earth.

The Fossil Fuel Treaty proposal is based on three key pillars:

We need a Fossil Fuel Treaty because:

Which countries, cities, companies, organizations and individuals have signed this treaty?

The Fossil Fuel Non Proliferation Treaty is an initiative led by civil society organizations and grassroots movements who are engaged in existing struggles led by frontline communities to stop the expansion of the fossil fuel industry and see a globally just phase out.

Since last year, the momentum behind the call for a Fossil Fuel Treaty has broadened significantly. It is now supported by more than 1500 organizations, over 2,500 scientists and academics, 2000 youth leaders, senior faith leaders, Indigenous nations, as well as 101 Nobel Laureates including the Dalai Lama.

There are 50 cities around the world, including oil producing Los Angeles, 9 cities in mega-producer Canada, cities at the foot of the Himalayas in Nepal incredibly vulnerable to climate change, rural municipalities in Costa Rica who don’t want to see oil or gas drilling in their unique biodiversity, Paris the home of the Paris Agreement, Bonn the home of the UN climate talks, and Geneva home of the UN in Europe -that have all expressly endorsed the fossil fuel non-proliferation treaty and called on their national governments to support it.

We don’t have a country endorsement yet. However, thanks to the power of the voices calling for a Treaty, conversations are now underway with several countries. The Samoan Prime Minister has publicly supported the call for a Fossil Fuel Treaty, as has the recently elected President of East Timor. 230 national lawmakers from across 60 countries that are calling for more international cooperation on this issue, for new international agreements on fossil fuels, and for the key pillars of the fossil fuel treaty proposal.

Do you coordinate with the United Nations?

The Fossil Fuel Treaty campaign tries to address the lack of global governance and mechanisms for managing a transition away from fossil fuels. This is why the UN bodies are exactly the space that our advocacy activities are aimed at. Our objective is to ensure that the proposal of the Treaty is seized by the United Nations whose objective is to promote the cooperation of States in order to establish sustainable, just and prosperous living conditions for all.

Indeed, the Treaty proposal is not only to make the transition away from fossil fuels faster, but also fairer, that is to say where wealthier countries with the capacity to transition first move fastest, giving more time and support to nations with less capacity or have done less historically to cause climate change. This means creating the missing framework inside the UN climate governance space in order that the wind down of fossil fuels happens with wealthy producing countries - such as the US, Norway, Canada, the UK and Australia - acting first.

In addition to global advocacy efforts, we are specifically working on two projects that could be milestones in the United Nations' action to address fossil fuel production:

Is your initiative part of the Net-Zero Campaign?

We want to see the world meet the temperature goals of 1.5C and want to contribute to that by limiting fossil fuel production so that we limit fossil fuel based emissions. We’re more focussed on the plans for today and next year than on promises about what might or might not happen in 2050. Many of the organizations in our network are deeply concerned that simple NetZero pledges give too much space for greenwashing or for offsetting, and not enough focus on actually reducing emissions. We see our proposals as real concrete steps that will help bring emissions down toward what scientists say is required.

Tell us about your event at Stockholm+50.

The Stockholm+50 Conference - held on 2 and 3 June - is a historic convening where the world’s environment ministers will commemorate 50 years since the first international UN summit on the environment and reflect on the successes and shortcomings of international environmental governance over the last half-century. In those 50 years there have been significant moments of international cooperation to manage threats to our planet — from a nuclear ban treaty, to global cooperation to save the ozone, to earlier this month when the UN decided to create the world's first global plastics treaty. Yet in those 50 years governments have failed to address the top threat to our climate, biodiversity, human health and water: fossil fuels.

We have upcoming research showing how the fossil fuel system undermines every single Sustainable Development Goal. These goals are supposed to be the main focus of “Stockholm+50”. Therefore, we think the summit is the perfect opportunity to begin to address the elephant in the room of international policy: fossil fuel supply. For Stockholm+50 to be a success it needs big, bold ideas to address the top threats facing the planet and our future - it needs to say the F word and actually put fossil fuels on the agenda.

The Treaty network and its allies aim to make this commemorative summit an opportunity for the climate movement to build significant diplomatic support for tackling fossil fuel supply. This is why we are holding The Stockholm+50 Pre-Summit on the Global Just Transition from Fossil Fuels, at the Stockholm Waterfront Congress Center on 1 June 2022. This pre-summit event is hosted by the Fossil Fuel Non-Proliferation Treaty initiative in partnership with the Stanley Center for Peace and Security, and the Nordic Council. It will be attended by Indigenous leaders, policy-makers, diplomats, the Stockholm+50 Youth Task Force and key civil society leaders from across the world in order to call on governments and Environment Ministers to work together to manage a global just transition away from fossil fuels, including through supporting a Fossil Fuel Non-Proliferation Treaty.

Fossil fuels being the root cause of both climate change and conflict, the Fossil Fuel Treaty is also proposing a way forward to end military destruction of our environment. Big oil, gas, and coal corporations focussed on their private profits will not move away from fossil fuel production any time soon without government action. The market has not and will not send a signal strong enough or faster for the transition we need. Governments need to step in and develop a plan.

One country where we are now seeing some thinking on this is Colombia where the presidential ticket of the Pacto Historico (The Historic Pact) - Gustavo Petro and Francia Marquez - are in the leading position for the first round of presidential elections on the 29th of May 2022. Colombia is the 5th biggest coal miner in the world and produces almost 1 million barrels of oil a day and yet the proposals in the Petro-Marquez programme are aligned with current scientific consensus on actions required to address climate change. They propose no new fossil fuel extraction in the country, and a gradual and just transition from an economy based on fossil fuel extraction. They flag clearly that they will need support from the international community to be able to do it.

How can people get in touch?

People have different options to get in touch and support the campaign efforts by: