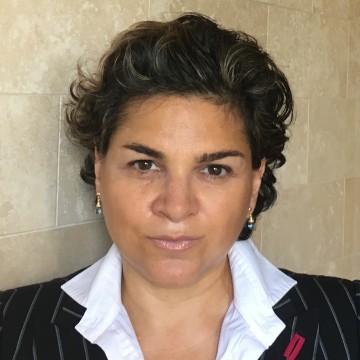 Society is now entering what is known as the Fourth Industrial Revolution, which is witnessing the implementation of several emerging technologies worldwide –including:

These technologies necessitate very high consumptions of electric energy, currently produced with coal and fossil fuels that cause adverse environmental effects. Scientific evidence suggests that CO2 emission induced climate change, will get worse if CO2 levels are not lowered in accordance with the Paris Agreement.

Therefore, I think one of the leading environmental concerns we face today is transitioning to a 100% renewable energy economy, bolstered with a re-forestation and eco-friendly recyclable refuse policy.   I also think that in order for this transition to happen, removing the infrastructural, financial and regulatory/tax barriers, as encountered during Puerto Rico’s green energy transformation will be necessary.

Green energy transformation of Puerto Rico:  Without electricity, life comes to a standstill – as it did in Puerto Rico, in the aftermath of hurricanes Irma followed by Maria which ripped out the island’s fossil fuel powered electric grid.  Puerto Rico’s blackout lasted for 11 months -- the longest blackout in U.S. history leaving 3.4 million citizens without power.   Schools shuttered and hospitals struggled to serve patients as the island’s electrical grid failed, leaving more than 3,000 dead.

A November 2018 study found that climate change made Hurricane Maria 5 to 10% wetter than it would have been if the burning of fossil fuels had not pumped excess carbon dioxide into the atmosphere, raising global temperatures.

About 60 private utilities across the country arrived in Puerto Rico, to rebuild the power grid.  This included solar energy company Tesla which arrived on the island a week after Hurricane María made landfall on September 20, 2017.   Previously Tesla, had successfully transformed the whole island of Ta’u in American Samoa with Tesla’s microgrid and photovoltaic solar panels with funding from the U.S. Department of Interior and the American Samoa Power Authority (ASPA).

The almost year-long green energy restoration of Puerto Rico’s micro electric grid faced several infrastructural, financial and regulatory/tax hurdles until the island of Vieques, was able to instal a solar microgrid without ever connecting to the mainland.  In mainland, rooftop solar systems are expected to generate 18% of the energy — a nine-fold increase in renewable energy use since hurricane Maria.  However, there were some challenges that needed to be overcome along the way:

Infrastructural:  Before Hurricane Maria hit, the state-owned Puerto Rico Electric Power Authority (PREPA) which enjoyed a monopoly on power generation and distribution was $9 billion in debt and facing bankruptcy.  PREPA’s debt represented the largest portion of Puerto Rico’s overall debt.  While PREPA’s CEO, supported the island’s 100% micro grid renewable energy transformation, this was at odds with the recommendation of the U.S. Department of Energy which pushed for the installation of a large natural gas plant in Puerto Rico.   In February, a draft version of PREPA’s 2019 integrated resource plan (IRP) called for a major shift towards solar power.

Financial: Before hurricane Maria, virtually all the Puerto Rico’s energy had to be imported — 98% from petroleum, natural gas and coal. Only 2% came from renewable energy. This cost a lot for the local economy that wasn’t creating much to be able to afford it.  Switching to green energy in the long run for Puerto Rico was a lot cheaper, in addition to being environmentally beneficial. 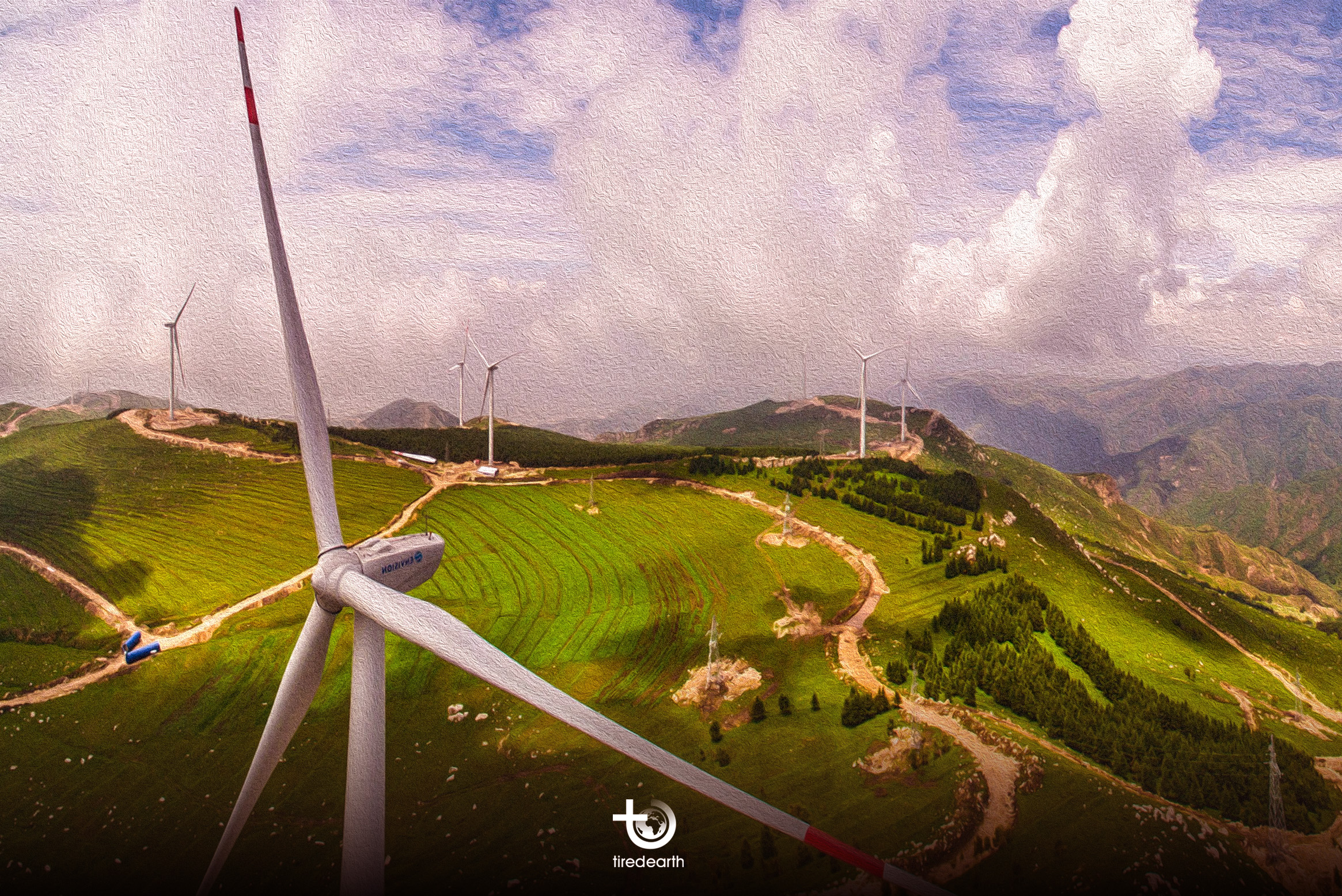 Financial: Before hurricane Maria, virtually all the Puerto Rico’s energy had to be imported — 98% from petroleum, natural gas and coal. Only 2% came from renewable energy. This cost a lot for the local economy that wasn’t creating much to be able to afford it.  Switching to green energy in the long run for Puerto Rico was a lot cheaper, in addition to being environmentally beneficial.

However, funding from the U.S. Federal Emergency Management Agency was limited to repairs to projects that restored existing power grid infrastructure―not to financing novel improvements, such as solar power microgrids, with public money.  While China was among the top global lenders in outbound clean energy investments during 2017, financing for clean energy projects existed in tension with continued financing for fossil fuels.   For example, World Bank finances fossil fuels energy projects ($21 billion) three times greater than renewable energy projects ($7 billion). And according to a report prepared by Intergovernmental Panel on Climate Change (IPCC) Canadian, Chinese, European, Japanese, and U.S. banks continue to finance fossil fuels with $1.9 trillion since the adoption of the Paris Agreement.

Regulatory/Tax:  In March of this year—a year and a half after hurricane Maria-- the Puerto Rican legislature approved a bill mandating that 100% of the island’s electricity to be generated from renewable sources by 2050.    Similar legislation has been adopted by various states which have revised their Renewable Portfolio Standards (RPS), requiring that a specified percentage of the electricity that utilities sell comes from renewable resources. Twenty-nine states, Washington, D.C., and three territories have adopted an RPS, while eight states and one territory have set renewable energy goals.  A report issued by LUT University in Finland and the Energy Watch Group (EWG) in Germany states that transitioning to green energy can be accomplished globally, in an economically competitive way, to reduce greenhouse gas emissions in the energy system to zero by 2050.

Puerto Rico’s tax laws offer a 30% tax deduction (up to $1,500) for expenses incurred in the purchase and installation of solar equipment to heat water for residential use.  The Puerto Rico Energy Bureau recently ordered the PREPA to stop the implementation of a new tax that would generate an additional charge for customers using solar panels on the island.   The tax would have resulted in the majority of customers with solar panels receiving a lower credit in their invoices for the surplus energy produced and sold to the PREPA network.

How will you help mitigating these problems?

I intend to continue to write about tax related environmental matters to aid the transition away from an environmentally damaging energy strategy to a renewable global energy economy, bolstered with a re-forestation and eco-friendly recyclable refuse policy.

Afterall, Ahmed Zaki Yaman, the ex-oil minister of Saudi Arabia said that “the stone age did not end because the world ran out of stones, and the oil age will not end because we run out of oil.”  He may be right, as the share of renewable energy sources  within the global power generation mix, has been rising quickly since the end of the 2000’s, after the 2007/2008 global credit crisis.

Wind and solar generation has gained momentum, by the fall in solar and wind development costs over recent years, enabling developing countries to expand their renewable capacities. Solar was responsible of 20% of the additional power generation in 2017 and wind 30%. Renewables now cover 1/3 of the power mix in Europe, 1/4 in China and 1/6 in the U.S., India and Japan.

Selva Ozelli, Esq., CPA, “Is Solar Power Adoption Hindered by an Inadequate Global Environmental Tax Policy?”, Bloomberg BNA, Tax Management Memorandum, Aug 5, 2019 (this article will be published on August 5, 2019, and I will request the reprint rights once published)