Occupation:
Environmental activist and writer and TV and radio presenter.

Heather Suttie is a Scottish TV and radio presenter and writer, best known for presenting the BBC Children's Saturday morning show Live & Kicking. She has written articles on travel, personal issues, plastic bags, recycled fashion and lifestyle pieces.
An eco campaigner (ecomunky and Say No To Plastic), Suttie worked on projects with The Daily Record, Aimee McWilliams and Oran Mor, hosting vintage and eco sales from 2007 to 2011. She wrote more than 40 articles for press. She has appeared on The Today programme and Jeremy Vine on BBC4 and BBC2. She has been commended by the Scottish Government on her ideas on reducing plastic bag waste and being instrumental in the introduction of the 5p plastic bag charge in Scotland.
She has hosted event awards including the CIS Excellence Awards (2003–2009), The Evening Times, Property Executive Awards (2007–2009 in Glasgow and Manchester), and a number of events for The Herald newspaper.
Suttie wrote a weekly clubs column for The Evening Times from 2006 to 2010 and a weekly social diary column for The Sunday Post from 1999 to 2009. In 2018 she started writing a regular book column in the Scottish Daily Record. 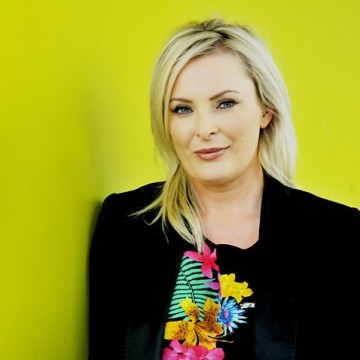 Eight million tonnes of plastic enter the sea every year, enough to circle the world four times over...